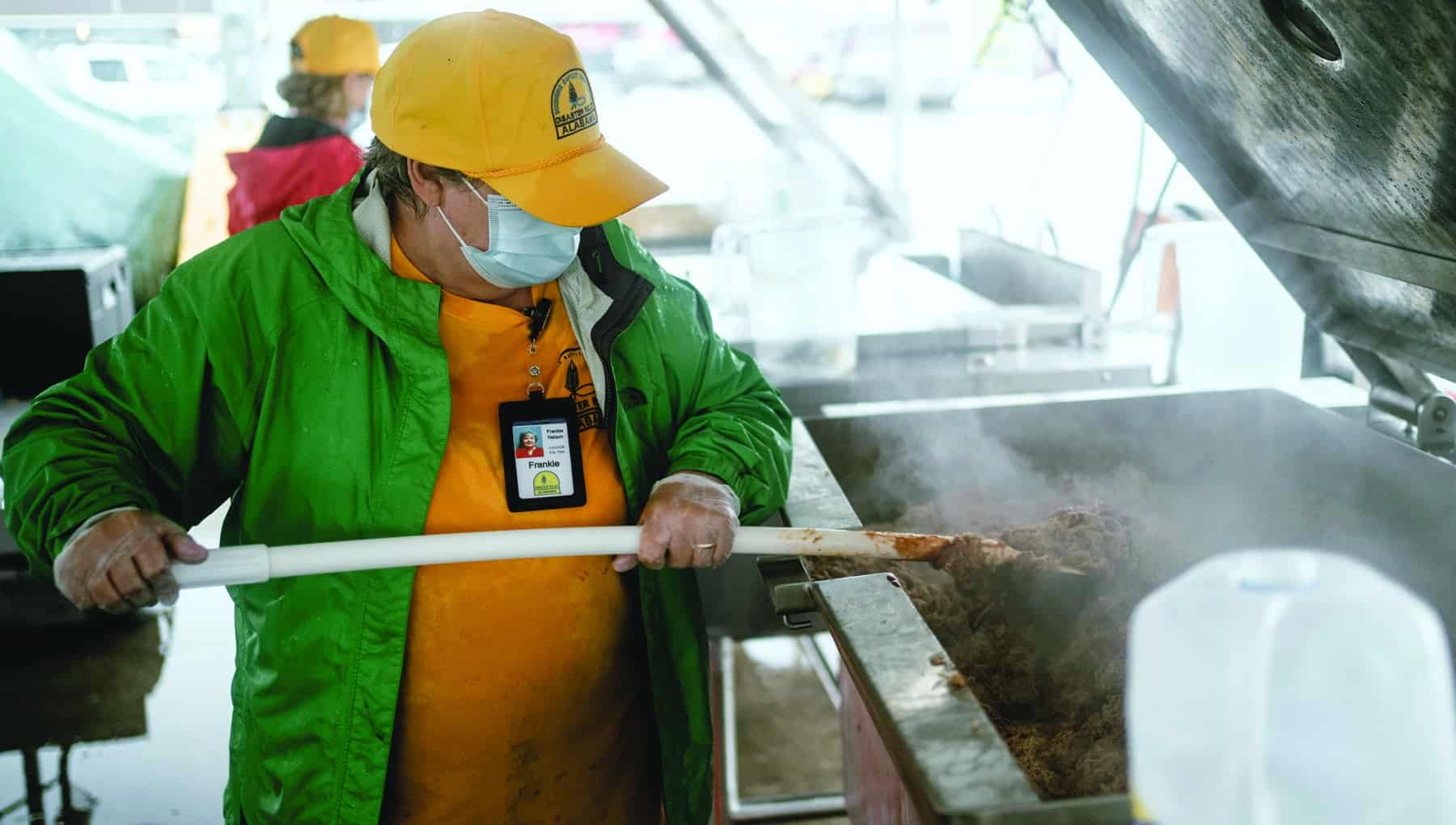 HOUMA, LA. — When Alabama Baptist Disaster Relief volunteers hear that they’re needed, individuals from across the state put their lives on hold and descend on an area. And these strangers form teams, work long days and pour themselves out into disaster-ridden areas.

“It’s amazing how God works — how He puts teams together of people with different skill sets for this work we’re doing,” said Farrell Hataway, a “blue hat,” or team leader for the feeding unit in Houma.

Take the team in Houma, for example.

“We’ve got a gentleman on a forklift who has had a knee replacement and both shoulders are bad,” Hataway said. “But he’s the best forklift driver I’ve ever seen. He can land what we need on a dime target.”

Even through near constant rain Sept. 14, the team in Houma has big smiles behind their masks and jokes keep the atmosphere upbeat, even when things don’t go to plan.

Alabama Baptists were called out to Louisiana after Hurricane Ida struck the state Aug. 29 as a Category 4 storm. This team is hosted by Mulberry Baptist Church in Houma. More volunteers are expected to arrive Sept. 15.

For Cheryl Davis, who’s a member of Hunter Street Baptist Church in Hoover, this was her first time serving with Disaster Relief.

“My first day they had me cutting about 1,500 pounds of semi-frozen sausage — I thought I might die,” she said with a laugh. “But at the end of the day, you lay in your bed and think, ‘Man, that was a good day.’”

By Lane Corley MADISONVILLE, La. - Three years ago, our family was going through one of those down seasons in the ups and downs of life. My mental focus and physical health was declining. I was discouraged and struggling mentally and emotionally. I knew I needed to change a few habits. As part of a recovery … END_OF_DOCUMENT_TOKEN_TO_BE_REPLACED