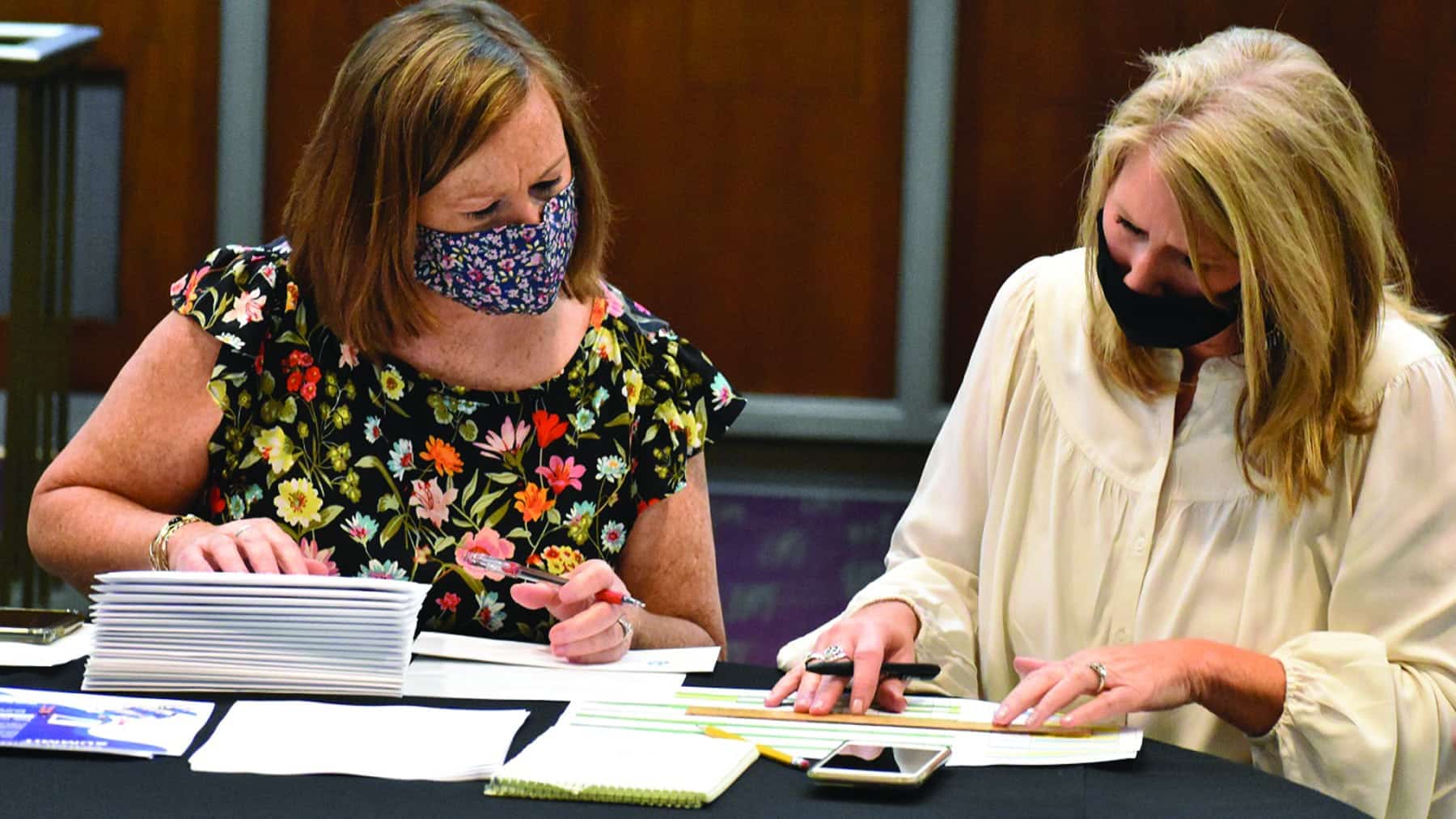 Jeannie Saylor and Jill Morrow, who work for Louisiana Baptists in the central mission office in Alexandria, prepare letters with checks to send to 36 congregations whose facilities were destroyed by Hurricane Laura.

The emergency gifts were possible because of donations to the Georgia Barnette State Mission Offering as well as funds given by state convention partners in the South, special offerings from churches and contributions by individuals.

Steve Horn, executive director of the Louisiana Baptist Convention, said that at the appropriate time he will publicly thank those who made these emergency gifts possible. But he offered an anecdote to the Baptist Message as a way to describe the kindness, generosity and sacrifice that is befitting the whole of the effort to help these churches.

“One elderly lady called her pastor to indicate that though she did not have much to give, she had to do something,” he shared. “When that pastor arrived, that which she described as ‘not much’ was $10,000.”

By Joe McKeever “‘…your ways are not my ways,’ saith the Lord.”  (Isaiah 55:8) Keep an eye on how the Lord works in your life. You might learn something useful for the next time He wants to use you. This little couplet seems to sum up 90 percent of what Scripture and life teach us concerning the operation … END_OF_DOCUMENT_TOKEN_TO_BE_REPLACED