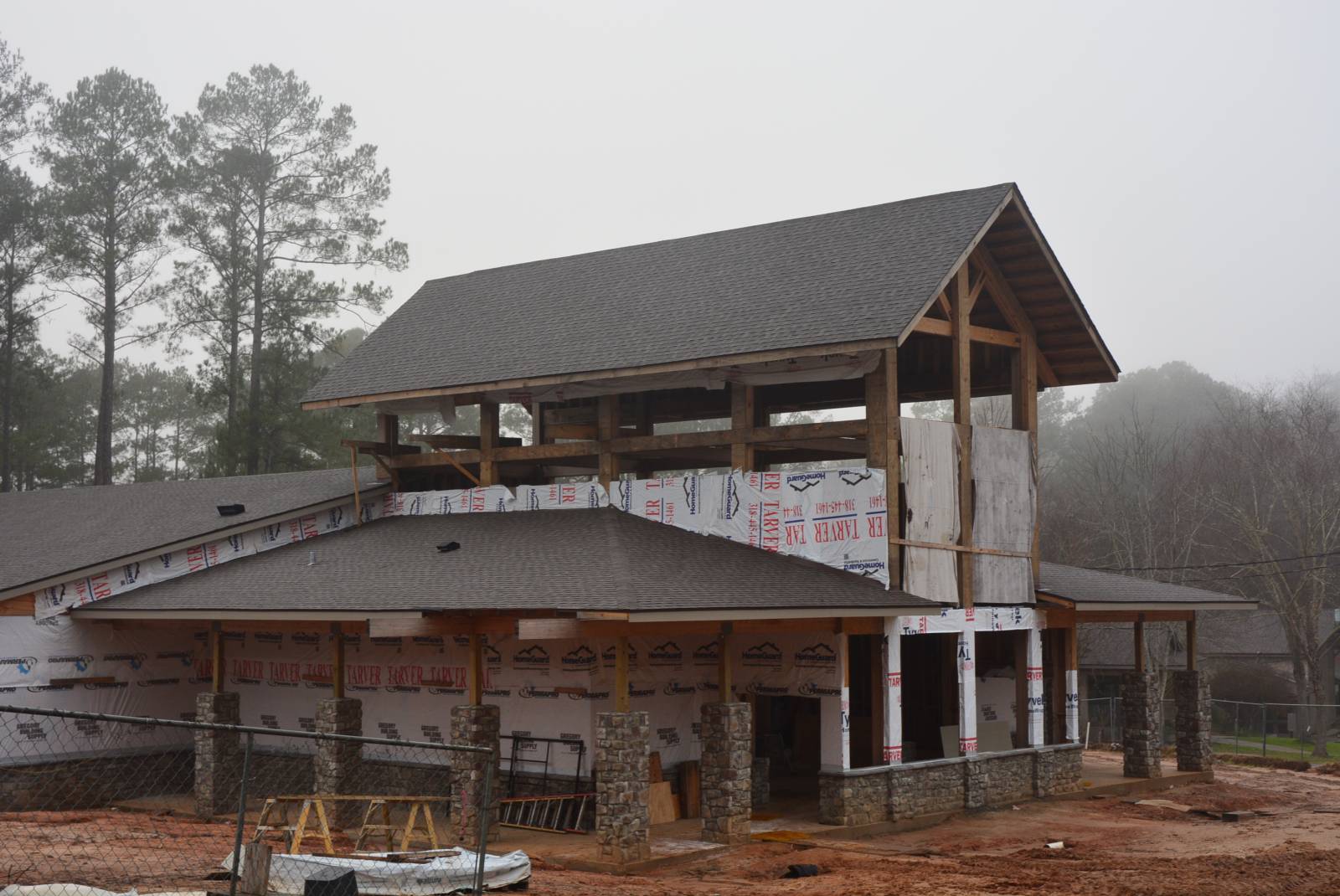 WOODWORTH – Louisiana Baptist leaders are optimistic the new Georgia Barnette Conference Center will open its door in two months, more than two years after the first dollars were donated for its construction.

But for that to happen, favorable weather conditions and additional volunteers are needed.

“We are so thankful for all the people who have volunteered so far,” said Julia Parker, volunteer coordinator for Louisiana Baptists. “We still have much work to be done but we need help. We are constantly looking for volunteers. If you could please come and help us, volunteer, we would appreciate it.”

Once complete, the 8,400-square-foot center on the grounds of Tall Timbers Conference Center in Woodworth will have six small group rooms and a large auditorium that can be arranged for up to 600 participants. Also included will be a state-of-the-art sound system and lighting.

They were joined by volunteers from Calvary Baptist Church in Alexandria as well as a husband and wife from Tennessee and spent the day installing insulation inside the center. Another group of volunteers arrived Jan. 14 to begin hanging sheetrock.

Louisiana Campers on Mission will spend a week at Tall Timbers (Jan. 24-29) working at the center as well as helping with other much-needed projects at the encampment.

Since its inception, volunteers from 42 churches in Louisiana as well as five more outside the state have assisted with the work on the center, which is named after Georgia Barnette, who was the first elected Woman’s Missionary Union executive director/treasurer in Louisiana.

To volunteer, contact Parker at 318.448.3402. Meals and lodging are available, at no cost, to anyone wishing to volunteer.

To help complete the funding needed as well as to establish a maintenance fund, Louisiana Baptists have the opportunity to purchase bricks and stones to honor individuals and love ones. Stones cost $250 and bricks are $150 and will be placed on the grounds of a Memorial Prayer Garden, which will be adjacent to the Georgia Barnette Conference Center.

Information on purchasing a stone or brick can be accessed at louisianabaptists.org/gbcc.

By Steve Horn ALEXANDRIA, La. (LBC) - This year has brought about more challenges and cancellations than any of us care to recount. For those meetings and events that were scheduled, more times than not, they happened virtually rather than in person. This has been true for us as Louisiana … END_OF_DOCUMENT_TOKEN_TO_BE_REPLACED