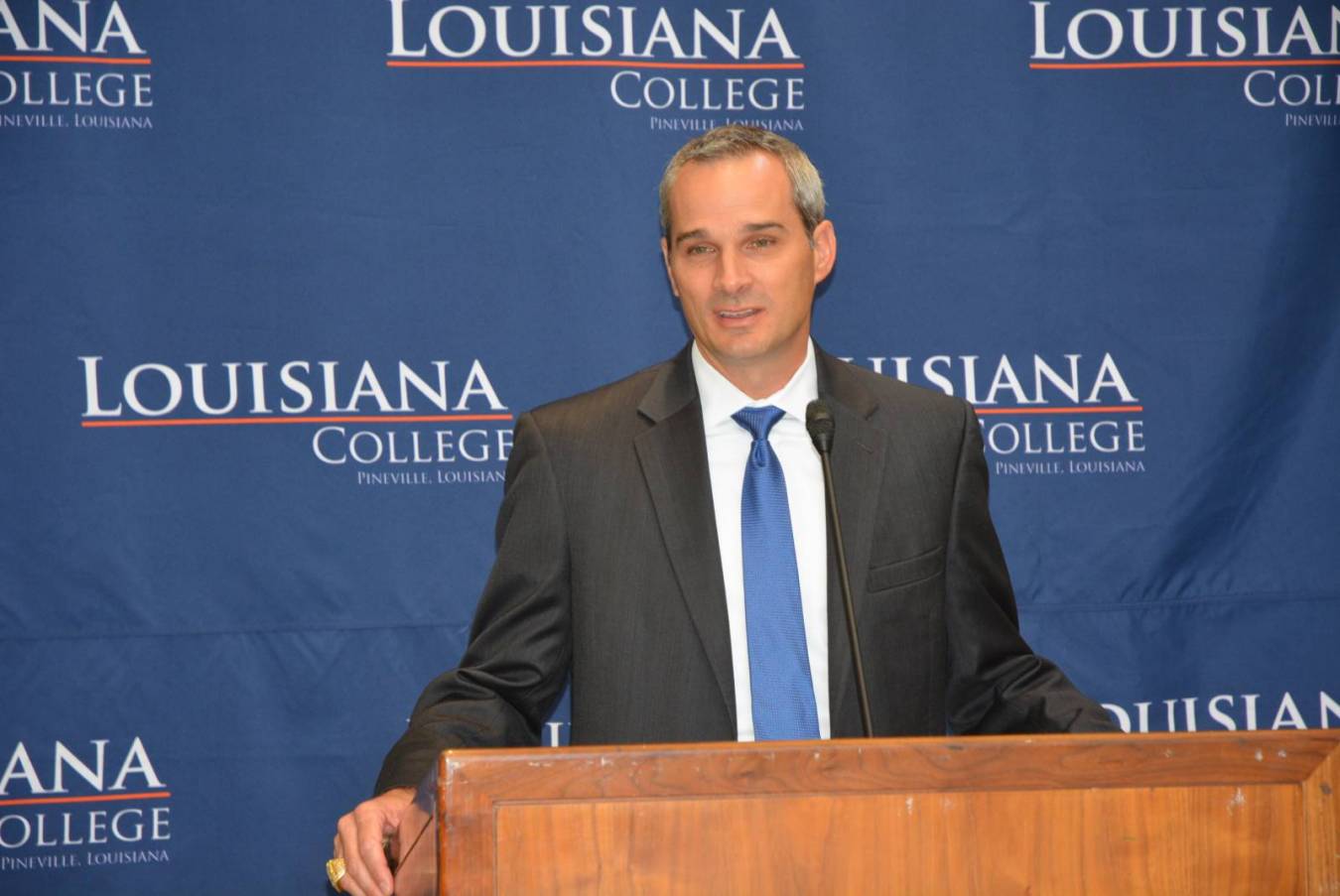 “They are both important,” according to Alexandria native and former NFL kicker Chris Boniol, who was formally introduced as Louisiana College’s new special team’s coordinator and running backs coach July 24 at a press conference at the school.

“Chris is a great fit for our coaching staff, and I have every confidence in what he brings to the game as a special teams and running backs coach,” said Louisiana College’s Athletics Director and Head Football Coach Dennis Dunn. “But more than that, I am thankful to God a man of this caliber — professional and personal — will be a role model not only for our athletes, but for anyone else whose life he touches.

“Louisiana College’s Athletic department is grateful to have someone like Chris Boniol join the Wildcats football coaching squad,” said Dunn. “His NFL record speaks for itself, and we couldn’t be happier about that.

He is taking over for Josh Bonadona, who left to become the video coordinator at Southeast Missouri State.

“I’m driven to succeed,” said the 43-year-old Boniol. “I want to see the fruits of our labor and hard work pay off. I want to see results. There are no morale points in the end. When we set out on the field, our whole goal is to compete and to win.

“But I also believe in ministry, in mentorship as well as in competition and trying to come out on top,” he added.

“Chris has a proven record of excellence, discipline, and determination. Wherever his career has lead him he has always invested heavily in his community and has always brought out the best in those around him. This is a trait his parents have cultivated in him from a young age. I am looking forward to reconnecting with Chris,” said Brooks, who was youth minister to Boniol in his teen years.

Louisiana College President Rick Brewer told the media at the press conference he was impressed with Boniol’s faith and his devotion to his family.

“The things that stand out about Chris are his faith, his family and his football,” said Brewer at the press conference. “I believe he is going to make a great addition to not only the football team but Louisiana College as well.”

“I support the vision of Louisiana College,” said Boniol. “I not only want to be a coach but also a mentor to young men. I want to challenge student athletes both on and off the field. I want to personally affirm and encourage these young men.

“Many times young men lack affirmation and encouragement,” Boniol continued. “Also, there is an element in sports today that asks what you have done for me lately. There needs to be an element of grace in young men’s lives today. I want to help them find that grace.

“I want to change the outlook of the ‘more you can’t, why would you’ to the ‘yes you can, yes you will’ approach,” he said.

Boniol took that approach as a back-up receiver, a quarterback and a kicker for Coach J.L. ‘Butch’ Stoker and the Alexandria Senior High football team and played catcher for his father Don Boniol from 1986 to 1989. He went to Louisiana Tech (1990-93), where he finished his college career third on the school’s all-time scoring list.

In 1990, he was named all-Louisiana and the Louisiana Freshman of the Year after hitting 17 of 24 field goals.

He wrapped up his stellar six-year career with the Philadelphia Eagles (1997-1998) and the Chicago Bears (1999). Boniol ended his playing career with 567 points scored while making 78.5 percent of his field goals.

He later went back to Dallas as a special-teams assistant from 2010 to 2013 and held the same position with the Oakland Raiders in 2014. In Dallas, he coached Dan Bailey — who broke his team record for consecutive field goals in 2014 with 30 straight kicks.

Boniol and his wife Christine have two sons, Garin and Gaige.

By Mark Devine As the dust settles from the annual meetings of two major evangelical denominations, the contrast between them could hardly be more stark. Courage won the day among those gathered for the PCA. Fears of elitists won out among the messengers to the SBC. ... READ MORE … END_OF_DOCUMENT_TOKEN_TO_BE_REPLACED