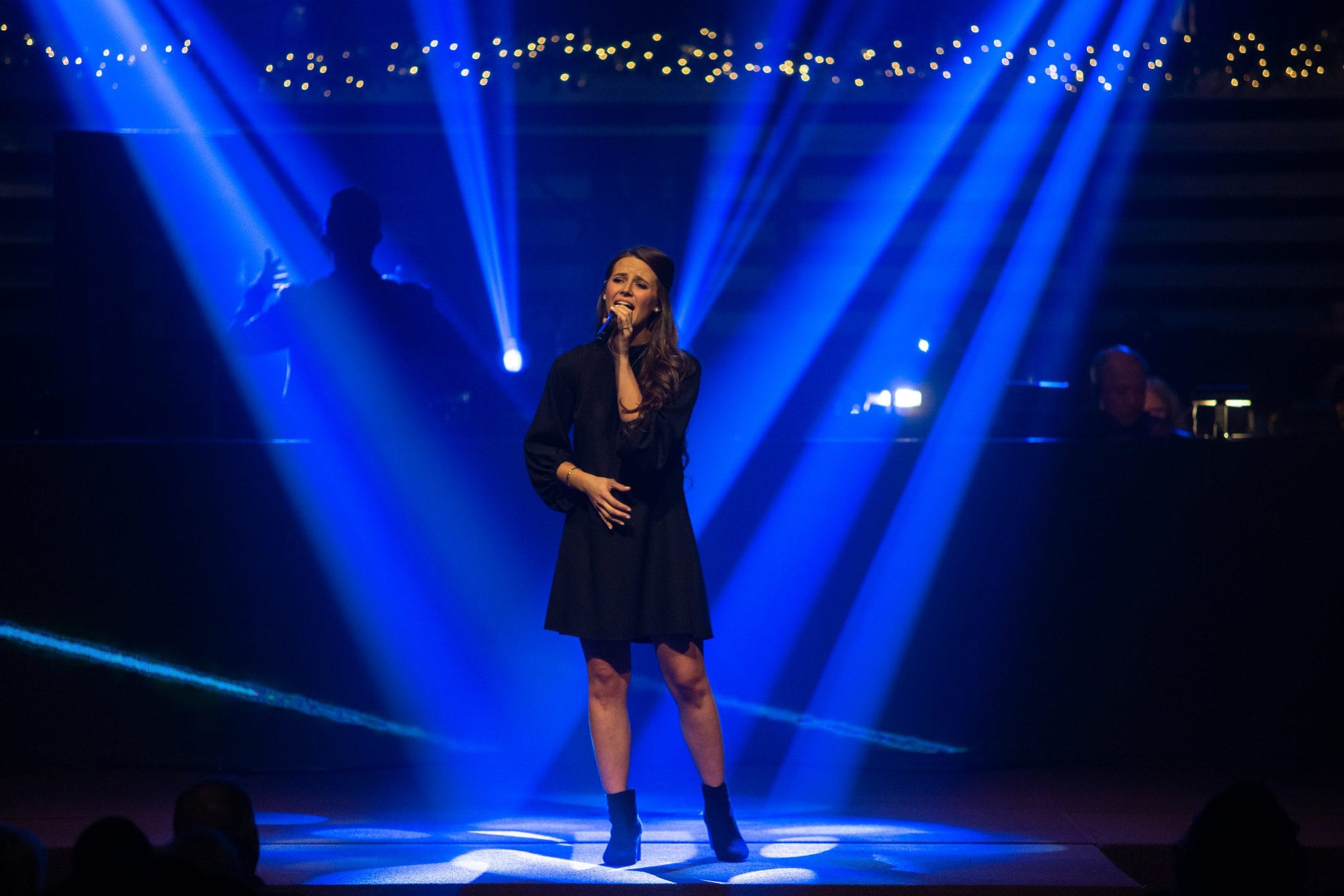 WEST MONROE (LBM) —The First Baptist Church in West Monroe witnessed more than 90 people make some type of decision for Christ during its 2019 Christmas show, and also raised enough revenue from ticket sales and donations to pay off $3.5 million in medical bills for hundreds of residents in Ouachita Parish.

“This was a great opportunity to show the community we care about them,” Michael Wood, pastor of First West, told the Baptist Message. “The people who will have their medical debt taken care of will experience the blessing of not having bondage to debt. But more importantly, they will see that they also can have freedom from their sins through a relationship with Christ.”

Church members will follow-up on each decision made during the performances — preparing new converts for baptism and connecting everyone who made any decision with discipleship classes to further their spiritual growth.

“This is greater than one weekend,” Worship Pastor Brad Jett said. “It will benefit our area for years to come. What’s validating is we not only met a physical need but a spiritual need. Our ultimate goal as a church is to spread the Good News of Christ.”

The church worked with RIP Medical Debt, a nonprofit organization that works with debt collectors to resolve medical debt that sits in collections for people in a specific area. The parish has one of the highest rates of unresolved indebtedness in the state, with nearly $23 million in collections, according to First West officials.

Founded in 2014 by two former debt collection executives, RIP Medical Debt began as a response to the impact of debt on the lives of poor Americans. According to its website, since its founding, RIP Medical Debt has helped more than 520,000 families eradicate more than $1.1 billion in medical liabilities.

RIP Medical Debt will take the collected money and work with creditors to resolve the debt of Ouachita Parish’s neediest ﬁrst, and recipients will be notiﬁed within six to eight weeks.

In 2018, the Christmas show consisted of two performances: Donations from the ﬁrst were used to pay off more than $5,000 in layaway orders for shoppers at a local Wal-Mart; and, the second performance yielded a $10,000 donation to the Louisiana Baptist Children’s Home and Family Ministries, whose campus and administrative offices are located in Monroe.

In 2019, the congregation charged $5 for tickets and added a third performance which boosted attendance.

But the jump in funds raised, year-to-year, resulted from many charitable gifts.

Beyond the Northeast Louisiana Christmas Celebration, the church shares the love of Christ through operation of a thrift store, an after-school program, and visits to area prisons. The church also sponsors Refuge Church and Faith Baptist Church in New Orleans and sends members on mission trips throughout the United States and the world.

“Our church has a great legacy of being a generous church,” Wood said. “We are grateful to have so many people who care deeply about impacting their community for Christ.”

First West, with a worship attendance of 2,468, recorded 131 baptisms in 2019, according to the Louisiana Baptist Convention’s Annual Church Proﬁle data.

By Will Hall, Baptist Message executive editor ALEXANDRIA, La. (LBM) – It’s a presidential election year, Louisiana has suffered another devastating natural disaster, and as Yogi Berra has said, “It's déjà vu all over again." In 2016, presidential candidate Donald Trump came to Louisiana just days after the … END_OF_DOCUMENT_TOKEN_TO_BE_REPLACED