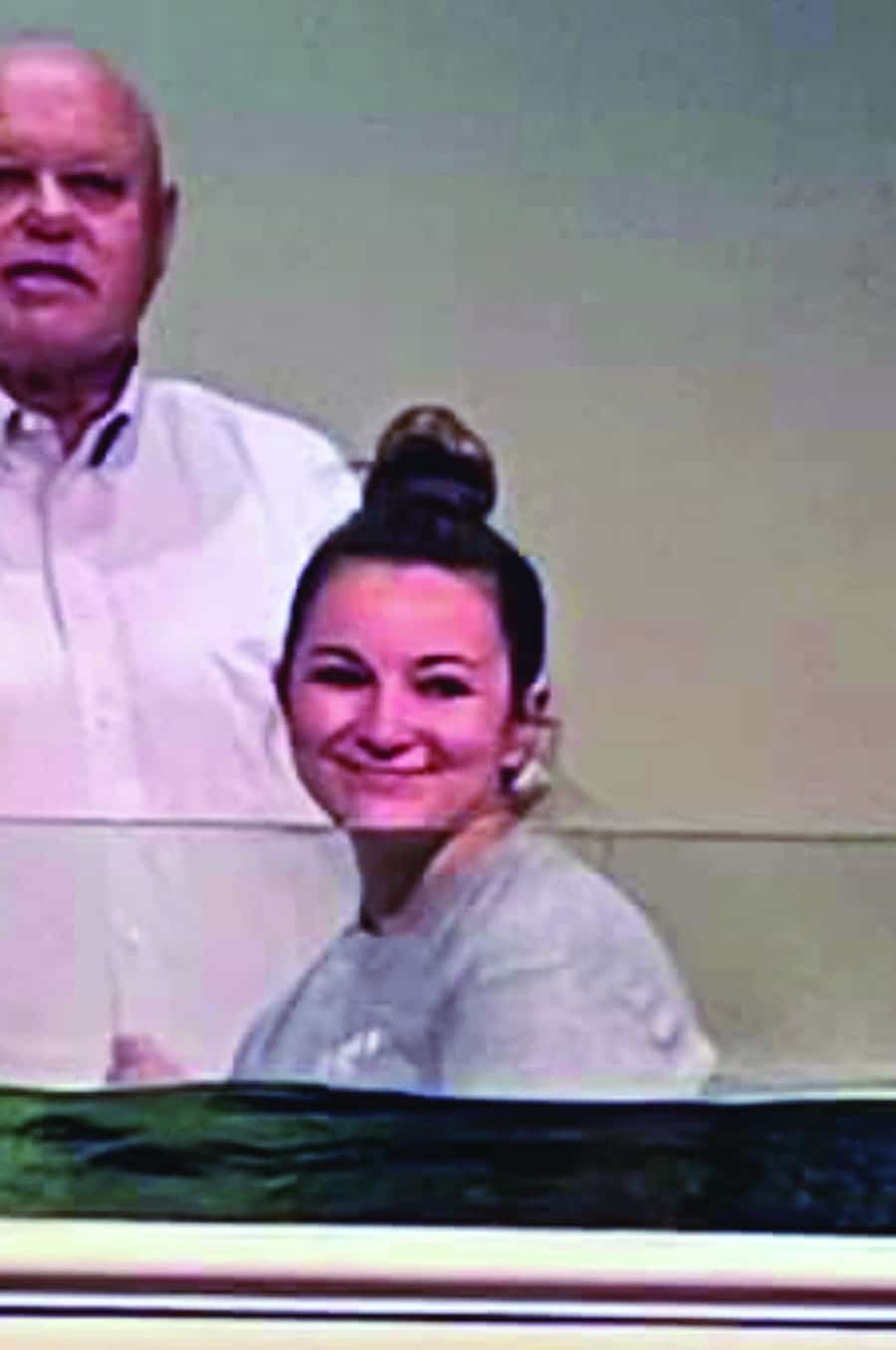 HOUMA, La. (LBM) – Pastor Steve Folmar baptized at least one new convert during Sunday morning worship services from March 7-June 6 at the First Baptist Church, Houma, and 76 collectively since January. If that pace continues the church will record the most baptisms in a year since Folmar became pastor in 1999, when he baptized 89 new believers.

“This was unexpected, and we had no clue this was coming,” Folmar told the Baptist Message. “After five to six weeks we began to sense God was up to something unique.

“Our people are loving what God is doing every Sunday with the baptisms,” he continued. “They are excited and come ready to applaud every time someone is baptized.”

Ashley Golmon is among those who has shared her testimony through baptism. Golmon first attended worship services at First Baptist Houma in 2014 with her husband, Shane, and for the next seven years many at the church poured into her spiritual truths and on April 18 she finally surrendered her life to Christ.

“Over the years I have felt like I needed to do more, and it was an inner struggle because I was raised in the Catholic Church,” she said. “I finally broke down and said I needed to stop being so stubborn by putting up this wall. I gave it to God and experienced the most amazing peace.”

Folmar attributes the baptisms to a dedicated prayer effort.

The church resumed in-person services in June 2020 following 14-weeks without gathering inside the facility because of COVID-19 restrictions. At that time, the staff met and entered into a season of prayer that has continued into 2021.

Meanwhile, Folmar has challenged the members since January to surrender themselves to God and has encouraged them to allow Christ to mold each of them in the way He desires.

“We are seeing a movement of God among our people,” he said. “I can’t explain it other than this is just a God thing.
“The spirit of our church is incredibly sweet,” he continued. “Our prayer each week as a staff and congregation has been ‘Lord do what it is you desire to do.’ I believe He is honoring that.”

Folmar said his congregation has rediscovered their love for Christ and each other since the onset of the pandemic. He said giving has remained at a high level and attendance has approached the pre-March 2020 levels of 1,200, as they drew 1,174 for their June 6 service.

“I was reading the blogs and following the so-called gurus who predicted doom and gloom for churches when the shutdowns first happened and you couldn’t help but get depressed,” Folmar said. “However, we have not seen any of those predictions come true here. Our people realized during the shutdown how important their church family was to them.”

By Mark Devine As the dust settles from the annual meetings of two major evangelical denominations, the contrast between them could hardly be more stark. Courage won the day among those gathered for the PCA. Fears of elitists won out among the messengers to the SBC. ... READ MORE … END_OF_DOCUMENT_TOKEN_TO_BE_REPLACED