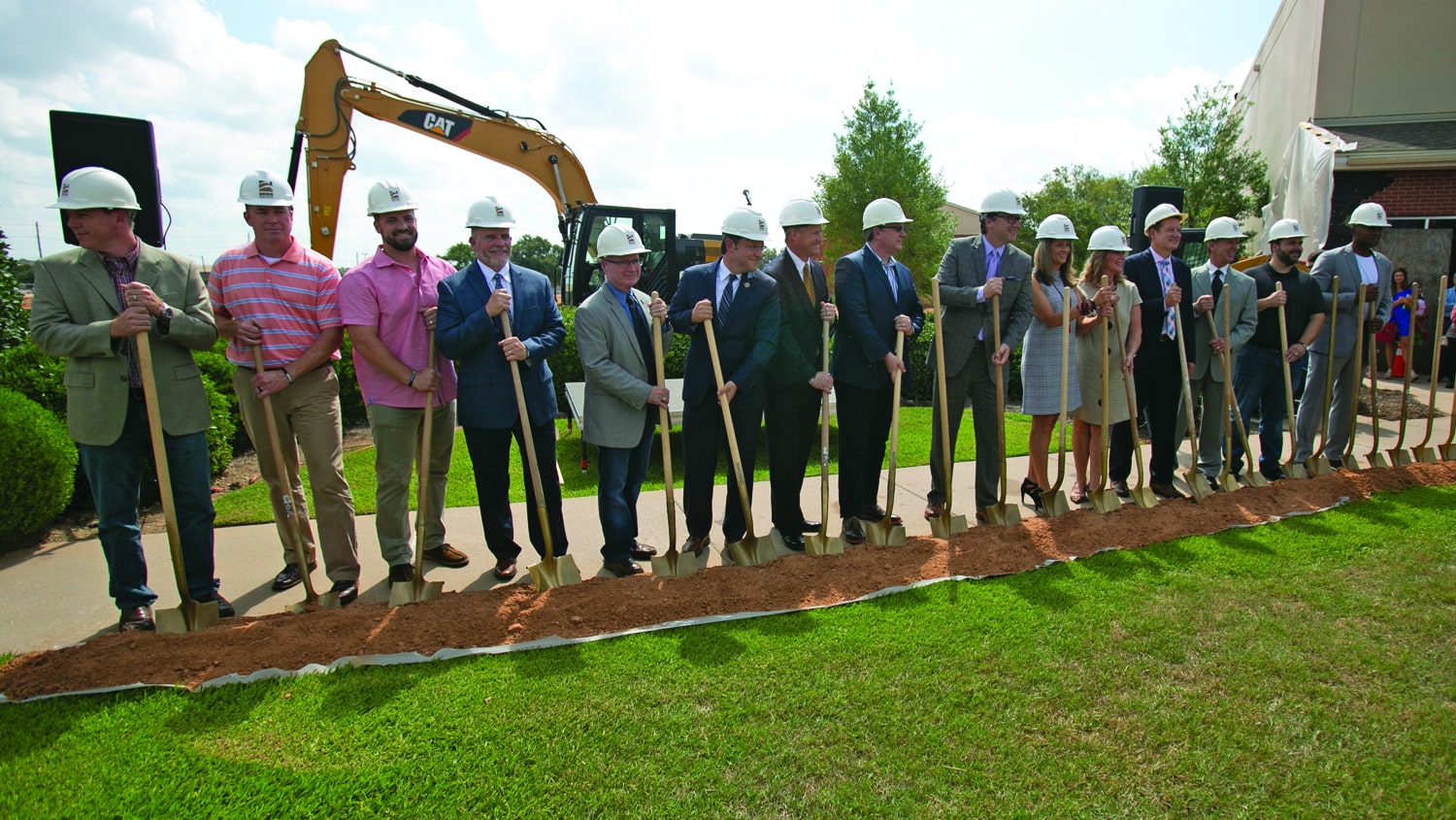 BOSSIER CITY, La. (LBM)–Nearly a year after fire destroyed a large part of the congregation’s facilities, members of the First Baptist Church in Bossier City joined community members for a Sept. 29 groundbreaking ceremony to launch a $20 million rebuild project.

“First Bossier has endured and dealt with this incredible tragedy where we navigated a lot of things emotionally and on the practical side,” Pastor Brad Jurkovich told the Baptist Message. “Walking through all of that made this groundbreaking so special. We had a great crowd of around 2,000 who joined us to help us celebrate moving forward.”

Construction of the new 70,000-square-foot building could take 18 to 24 months to complete, Jurkovich said, and will include a new chapel that will incorporate some of the more traditional features of the original building, such as pew seating, but will include modern elements, such as capabilities for multi-media presentations. The new facility also will feature a student center, foyer/event center and space for Sunday school classes and other small groups to meet.

On Dec. 10, 2018, a three-alarm fire began at 5:30 a.m., originating with an uninterruptible power supply backup battery for a computer. The flames began in an office space near Faith Chapel — the original worship center — and spread quickly to the attic and other buildings including the childcare center and various youth facilities. About 65 firefighters fought the blaze, finally extinguishing it about 3:30 p.m. that same day.

ON FIRE TO REBUILD

Rather than fold, the church rallied like never before, Jurkovich said.

The congregation held a meeting in the Bossier Civic Center two days later to pray, worship and organize for recovery, and then gathered Dec. 16 to look ahead to the future during the first Sunday morning worship service after the fire.

The church was forced to be creative for education space while working through the planning stages.

Since January, the children’s ministry has used part of the Tiny Town preschool area, the foyer and additional preschool space until the new children’s facility is built.

Meanwhile, the children’s space that was not damaged has been completely remodeled and renamed “First Kids,” which combines preschool through 5th grade; the student ministry has been meeting in an area near the worship center for Sunday morning Bible study and Wednesday night worship; and, adult Bible study groups have used a nearby facility and the Bossier Civic Center, located about a block behind the First Bossier campus.

New ministries also have formed, including First Women Strong comprising more than 300 ladies who have delivered food to fire stations throughout Bossier City and Shreveport as a way of expressing gratitude to the first responders.

“The biggest lesson we have been reminded of is that the church is not a building,” Jurkovich said. “It’s people.  At the end of the day we rallied together and relied and trusted on God to move forward. Our church has come out stronger than ever before, and we are excited about how this next step will help us reach the community like never before.”

By Joe McKeever Freely you have received; freely give. (Matthew 10:8) JACKSON, Miss. (BP) -- Dr. Watson was complimenting Sherlock Holmes on a brilliant observation no one else had noticed. "Of course," Holmes remarked. "It's what I do." Forgiveness and grace -- that's what we believers do. Here is … END_OF_DOCUMENT_TOKEN_TO_BE_REPLACED