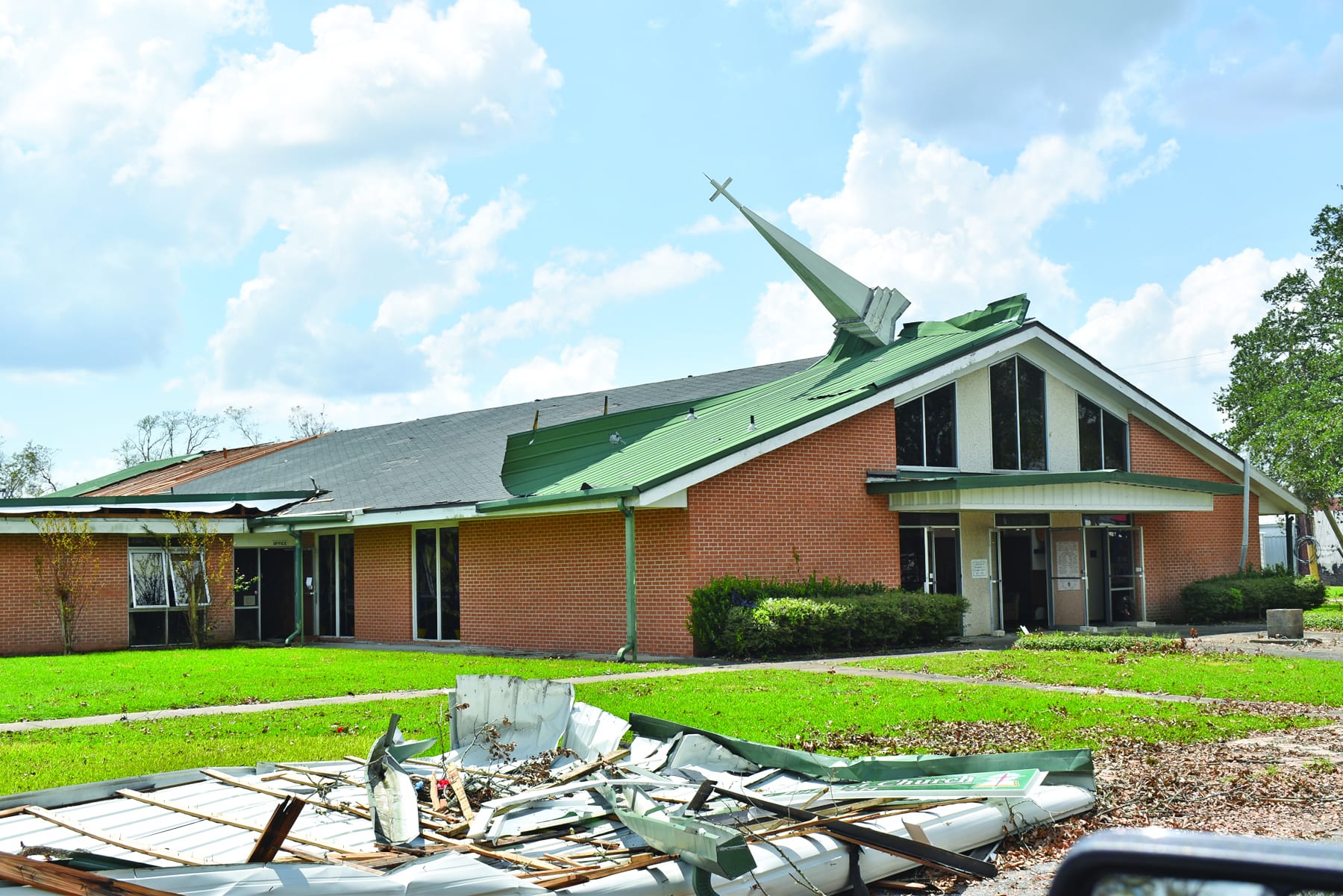 VINTON, La. (LBM) — Like many churches in Louisiana, First Baptist Church, Vinton, had the interior of its facilities deluged after Hurricane Laura ripped off a section of roof and blew away large potions of metal sheeting. The auditorium is now completely under tarp, but the damage was not limited to that area.

“Our church will have to be completely gutted,” said Pastor Bobby Daniel, whose office carpet squishes underfoot. Soaked but salvageable items are being wiped with an anti-mold solution, catalogued, and safely stored by a disaster recovery company, he said.

However, Hurricane Laura’s downpours did nothing to quench the congregation’s desire to worship on Sunday, Sept. 13, when about 40 people gathered on the lawn. With sweat rolling down his back and face with the heat index topping 100 degrees, Daniel poured out his heart while preaching from Isaiah 41:10, “So do not fear, for I am with you; do not be dismayed, for I am your God. I will strengthen you and help you; I will uphold you with my righteous right hand.”

God’s strength, protection, and provision have shown up in many ways, Daniel said, including several sizable monetary gifts from friends and relatives. The church will give $1,000 of the money to a family in Vinton that lost everything — the mother has multiple sclerosis and an autistic child.

“I don’t know about you, but this storm hasn’t ended for me, yet,” Daniel said. “There is still a lot of storm recovery. And God says, ‘I am with you.’”

Noting that God is provider and sustainer, Daniel said the Lord has shown up at the church in recent days through a $500 gift card, bags of ice, and an envelope full of money. “Still, God shows up.”

Having driven thousands of miles to help other churches that faced similar disasters, Daniel said, “A lot of that is coming back to us. God is saying, ‘Now watch what I can do.’”

College friends have called o­ffering help, and, checks are coming in the mail. “One woman sent a $1,000 check to us just because she had seen me preaching online,” Daniel said. 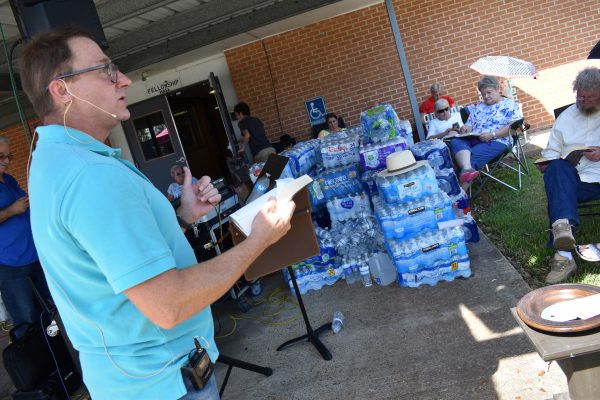 When asked why he chose the Isaiah passage for a sermon text, Daniel said, “It’s what I needed to hear.”

Although he is “elbow deep” in pulling ceiling tiles down in his home, Daniel continues to pastor by checking on church members as he can, but confesses he is not able to minister now as often as he would want.

Daniel said he was both angry and frustrated because he could not get back to Vinton as soon after the storm as he wanted from Ponchatoula, where he and his family weathered the storm with friends. Saying that Vinton is like other communities, with strong and di­ffering opinions about politics and religion, those opinions can fade. “These communities and pastors come together. I’ve been called by pastors of other denominations who are checking on me. We’re making sure everybody’s needs in the community are met.”

By Joe McKeever “‘…your ways are not my ways,’ saith the Lord.”  (Isaiah 55:8) Keep an eye on how the Lord works in your life. You might learn something useful for the next time He wants to use you. This little couplet seems to sum up 90 percent of what Scripture and life teach us concerning the operation … END_OF_DOCUMENT_TOKEN_TO_BE_REPLACED