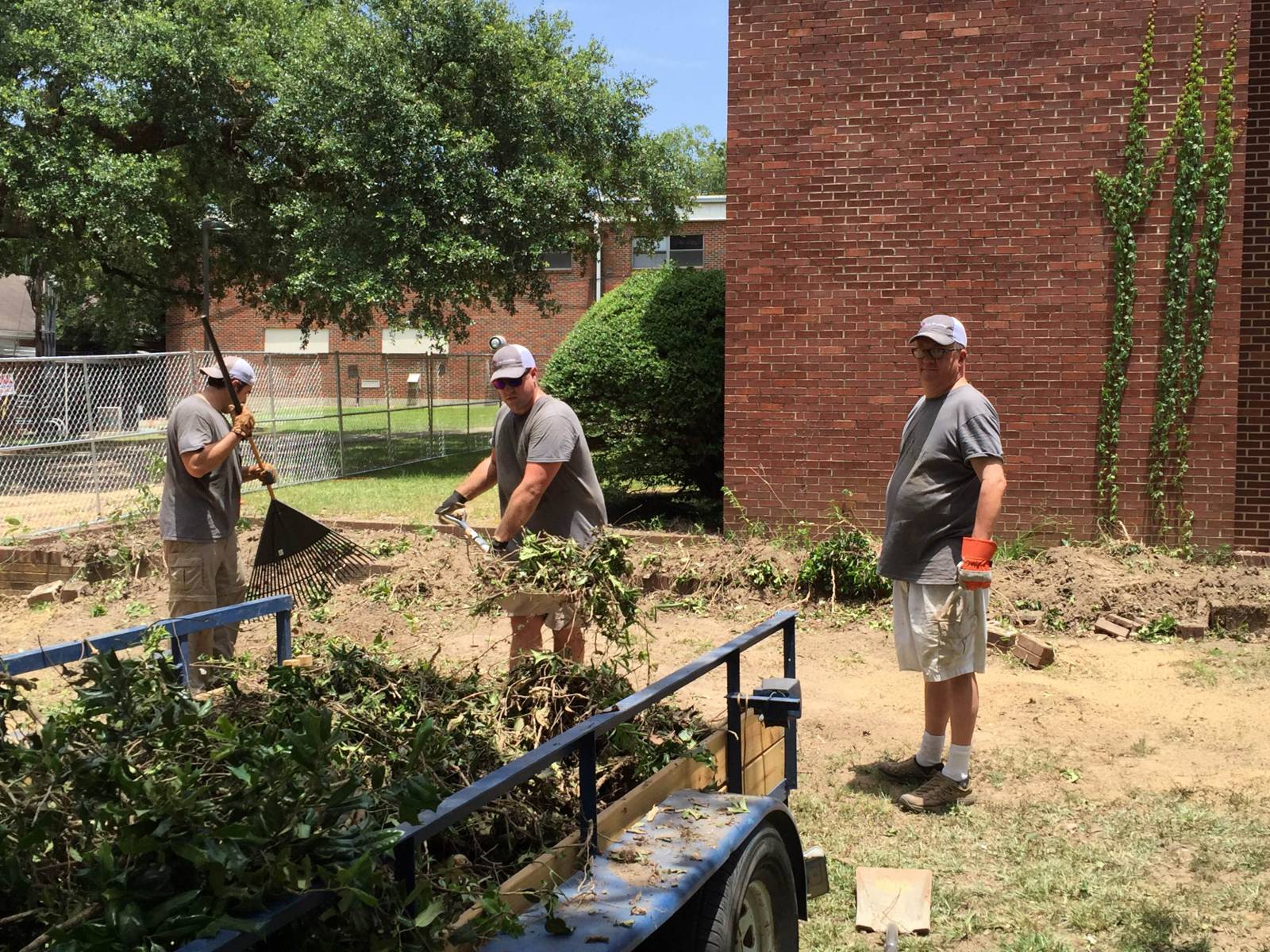 PINEVILLE (LC News) – If you ask Mark Rodie why he and four other men from First Baptist Church Bossier City would give up a Saturday to labor in landscaping at Louisiana College under the sultry July sun, within about a minute he will tell you about Men of Courage.

Inspired by the movie “Courageous,” Rodie helped form Men of Courage as part of the men’s ministry at FBC Bossier, where he heads up the church’s ministries to men.

“Where are you men of courage?” is a line from the movie that shot through Rodie’s heart a few years ago, but not without leaving the conviction to not only be a man of courage but to lead others to join him.

What started as Rodie and his mentor meeting every Friday morning has grown into hundreds of men gathering for breakfast and “a time of rejoicing in the joy of our salvation — you know, men sharing testimonies of what the Lord is doing in their lives,” Rodie told LCNews. “We will sometimes reference 20 to 30 passages of Scripture. The Bible is our workbook. It really encourages us when we leave to be the Church.”

Inspiration from the Bible study moves men like Rodie and those who tore out overgrown shrubbery at LC and who will come back on another Saturday to replant. Joining Rodie were Kevin Teague, Daniel Baskin, Jim Ponder and Todd Love – all from FBC Bossier.

Rodie contacted long-time friend – Stewart Holloway, pastor of FBC Pineville – to elicit some local help with the project, and three men from FBC Pineville joined the team: Herschel Corley, Ray Doucet, and Jamie Stansell, who said, “We enjoyed it, and we look forward to the next time.”

“It was awesome,” Rodie said of Brewer’s message. “I thought he was just going to talk about the college.” But after giving a brief report about LC and its vision, Brewer “brought a powerful word from the Lord that was real timely for the men.”

Rodie said, “The Lord put on my heart then” to help the college. 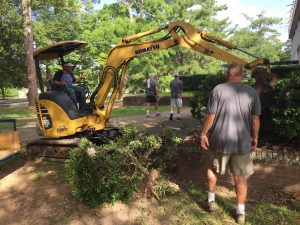 Gatti said he identified some daylong projects, and that he expects FBC Bossier will send a team to LC once a quarter to take them on. “It’s not all about the projects,” he said. “We’re in this to help others and to change the lives of men. The projects are just a part of that.”

Rodie said he is “excited to see what the partnership is going to look like” and encourages “other men from all around the state and region to be a part of what we’re doing.”

By Stewart Holloway PINEVILLE, La. (LBM) - For over two months now, my oldest son, my mom, and I have spent most Friday mornings at my mom’s clearing overgrown brush. What was planted as a fruit orchard in an open pasture almost thirty years ago has grown into a wilderness of every kind of vine and tree … END_OF_DOCUMENT_TOKEN_TO_BE_REPLACED