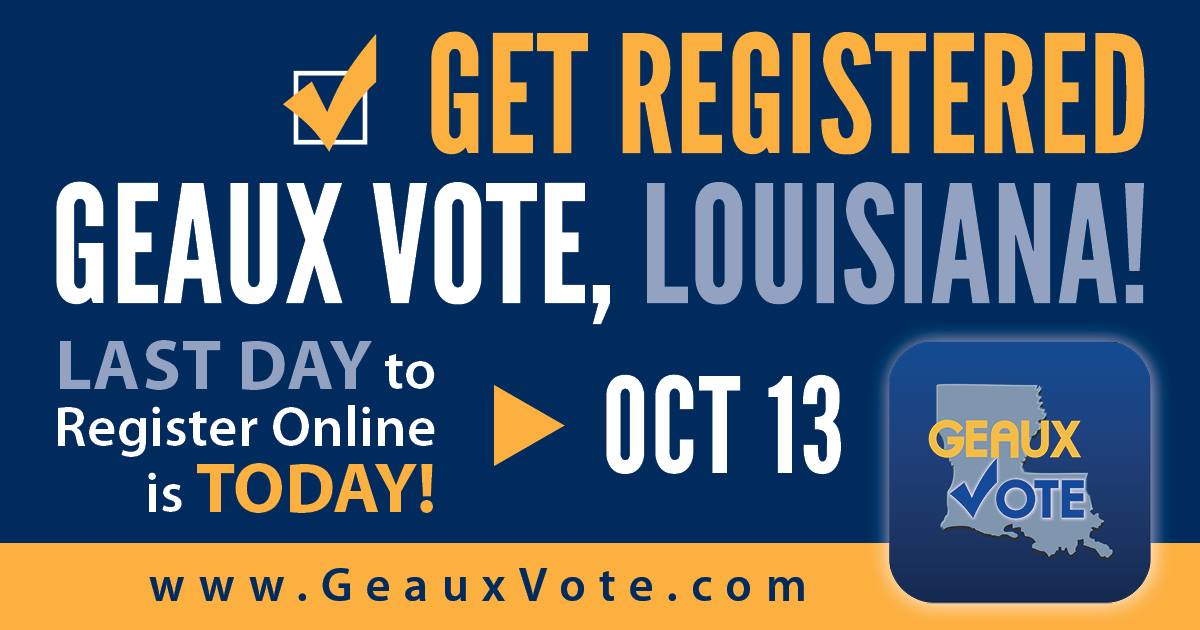 BATON ROUGE, La. (LBM) – Today is the final day for online registration to vote in the Nov. 3 election.

According to a news release from Louisiana Secretary of State Kyle Ardoin, Louisiana residents can register to vote and make changes to their registration at GeauxVote.com. A Louisiana driver’s license or special ID must be used upon submission online.

In addition to casting their vote for president and congress, Louisianans will have the opportunity to approve a number of amendments, including one that could protect state pro-life laws in the state.

Known as the Love Life Amendment (also known as Amendment #1), this change to the state constitution is needed because of developments in 12 other states. In each case, a state court ruled that it had found in that particular state constitution a right to abortion – but the rulings were based on creative interpretations of a general phrase or vague wording and not on anything that specifically stated such rights.

By Steve Horn ALEXANDRIA, La. (LBC) - This year has brought about more challenges and cancellations than any of us care to recount. For those meetings and events that were scheduled, more times than not, they happened virtually rather than in person. This has been true for us as Louisiana … END_OF_DOCUMENT_TOKEN_TO_BE_REPLACED