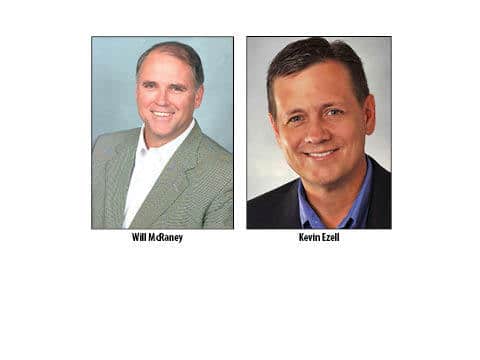 Will McRaney, the former executive director of the Baptist Convention of Maryland/Delaware, filed a complaint April 7, 2017, alleging NAMB President Kevin Ezell played a role in his termination from the state convention, and subsequently in McRaney being “uninvited” from speaking at a conference in Mississippi.

NAMB lawyers filed “answers and defenses” for the Southern Baptist Convention entity a little more than a month later, May 18, asserting 19 defenses. But the Court focused on NAMB’s claim of a “ministerial exception” and its invoking the “ecclesiastical abstention doctrine,” as well as NAMB’s questioning of “[w]hether McRaney has adequately pled his claims.”

In denying NAMB’s motion with regard to the “ministerial exception” (which prevents a court from interfering in issues between a religious institution and its ministers) against McRaney’s assertion of defamation, Judge Davidson wrote that “McRaney was indisputably not employed by NAMB … and thus the ministerial exception does not apply to mandate dismissal of any of McRaney’s claims.”

On the matter of the “ecclesiastical abstention doctrine” (which prevents a court from interfering in decidedly church issues such as theology), Davidson affirmed the U.S. Supreme Court position that churches have the “power to decide for themselves, free from state interference, matters of church government as well as those of faith and doctrine.” However, regarding NAMB’s claim that “adjudicating McRaney’s defamation claim would require the Court to decide matters of internal church governance,” he said he “disagrees.”

“[O]n the face of the complaint, the Court can adjudicate this claim without delving into impermissible religious inquiries … and NAMB’s motion to dismiss this claim on this basis is denied,” he ordered.

Furthermore, he ruled that McRaney’s two claims of “intentional interference” (Maryland and Mississippi) met the “initial pleading burden” and declined to dismiss those claims “at this juncture.”

As for McRaney’s charge of “intentional infliction of emotional distress,” Davidson wrote “The Court finds that McRaney met his pleading at this stage.”

Davidson did rule in NAMB’s favor regarding McRaney’s claim of “intentional interference in business relations” regarding an incident in Florida, in which McRaney alleges Ezell, or his representatives, attempted, unsuccessfully, to have him canceled from the Florida State Convention Pastor’s Conference.

The pastor’s conference president rebuffed the attempt, according to McRaney. Thus, Davidson said this claim by McRaney could not proceed.

“Because an essential element is that the plaintiff suffer some damage or loss, the Court holds that McRaney’s claim that NAMB intentionally interfered with his scheduled appearance at the Florida Pastor’s Conference fails,” he wrote.

Moving forward, the Court now will establish a scheduling order which will set up a strict time frame for pretrial activities such as interrogatories, subpoenas, requests to produce documents and the taking of depositions by both sides. This schedule had not been set as of the publishing of this article.

By Bill Britt HAUGHTON, La.  – Of all people, the Apostle Paul could have legitimately complained about the circumstances that he endured throughout his life. When we look back to the beginning of Paul’s journey as a believer, we see that he received a message from the Lord that illuminated the path he was … END_OF_DOCUMENT_TOKEN_TO_BE_REPLACED