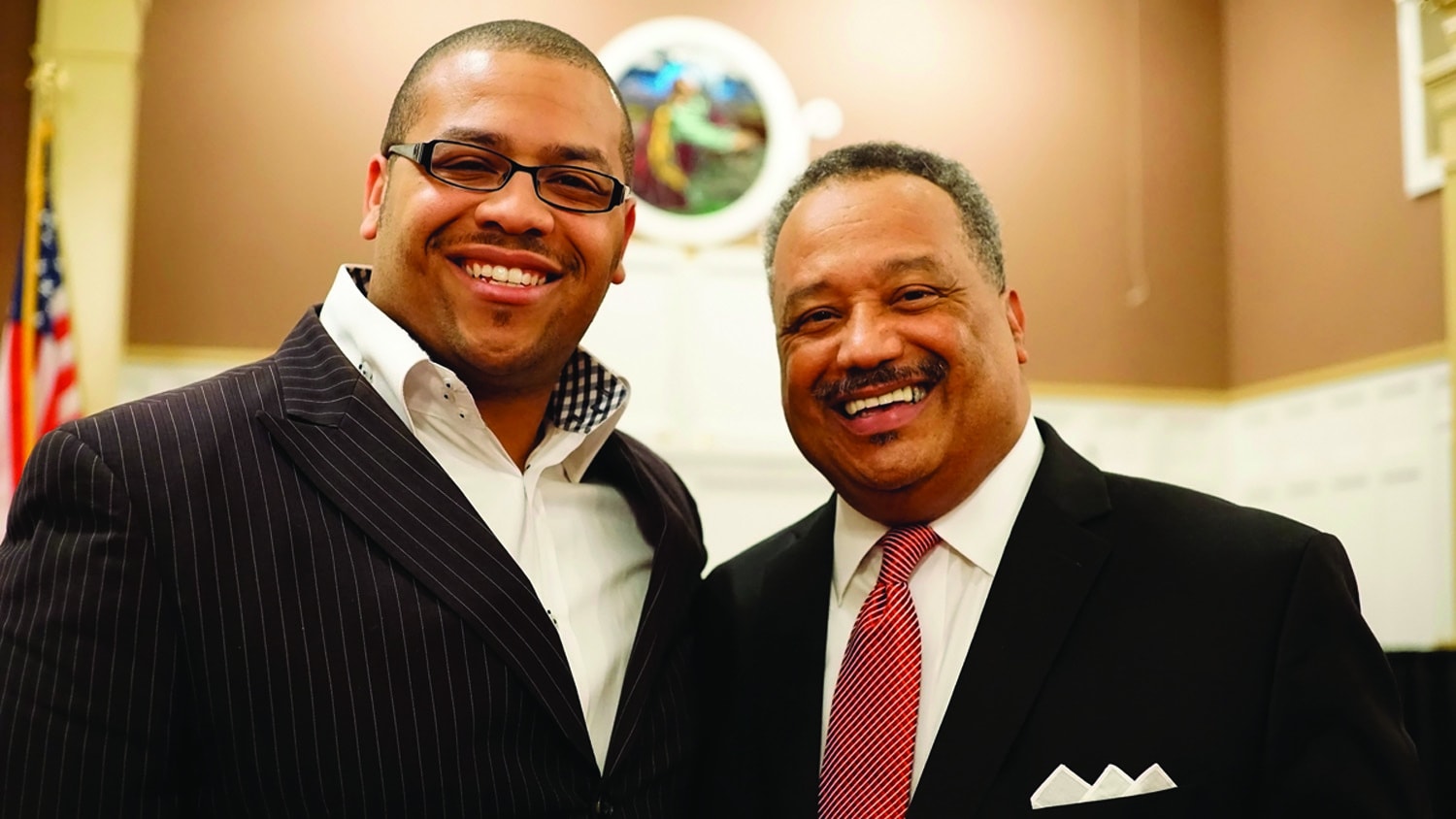 COVINGTON – Fred Luter and David Hankins will share the stage with theirs sons, Chip and Eric, respectively, in a rare father-son preaching engagement during the 2019 Louisiana Baptist Evangelism Conference, Jan. 28-29, at the First Baptist Church, Covington.

David Hankins, executive director for Louisiana Baptists, and his son Eric Hankins, pastor of the First Baptist Church, Fairhope, Alabama, will be on the program for the morning session of the second day of the meetings.

Chip served under his dad’s leadership at Franklin Avenue Baptist for five years; however, even then they rarely preached together at the same event.

“To be able to have Chip at home and be a part of our state Evangelism Conference alongside me means a lot,” said Fred Luter. “The excitement of having my son preaching on the same day together, for only the third time, is hard for me to put into words.”

Throughout his ministry, Fred Luter has emphasized the importance of men taking an active role in leadership of their families–something he did not experience as a child. When he married, he promised his wife Elizabeth he would “break the cycle” and intentionally disciple their children, he told the Baptist Message.

When Elizabeth gave birth to a son, the couple chose the name Chip in reference to the phrase “chip off the old block.”

Fred Luter explained the name reflects his desire that children’s lives be shaped by the leadership of their fathers.

“I grew up in a home without my dad active in my life,” he said. “When I got married and had a son, I said God let me be the dad to my son I didn’t have. He not only answered my prayer but gave me lagniappe.

Chip Luter first served on staff as a youth ministry intern in June 2005 and later as pastor of senior high youth at Concord Church in Dallas, Texas, before becoming pastor of youth and young adults at Franklin Avenue Baptist in January 2010.

“I’m excited I am preaching right before my dad because no preacher should ever have to follow Fred Luter, even his son,” quipped Chip Luter. “I miss those days I was serving on staff with my dad because we had a great dynamic.

“It’s always fun to come and preach at home, but even more so to preach alongside my dad,” he continued. “The thing I am really grateful for is even as his church grew and God gave him greater opportunities like becoming president of the Southern Baptist Convention, he was always the same dad at home where he was a faithful husband and father.” 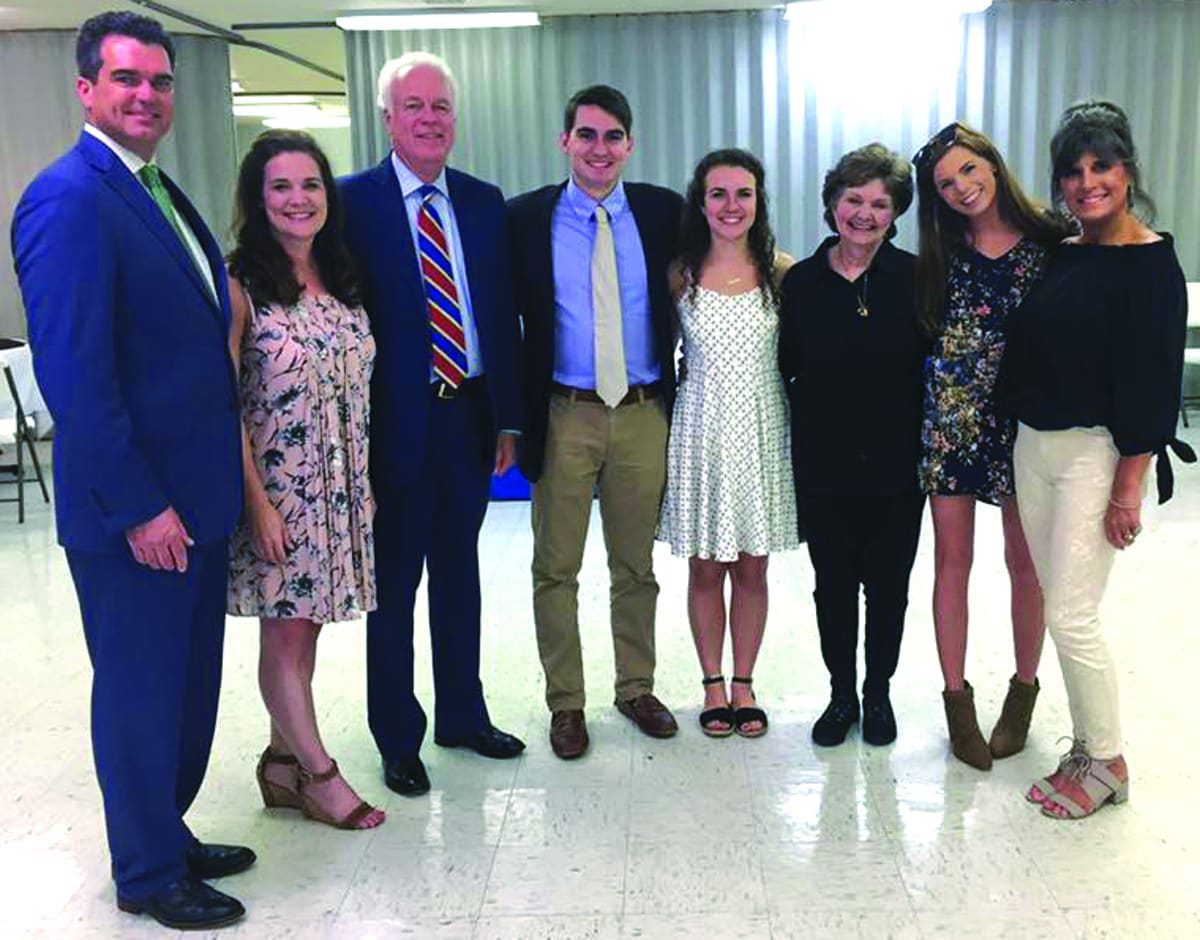 Eric (left) and David Hankins (third from left) stand with family members after the ordination of Eric’s son, JD, (fourth from left), into the Gospel ministry. The father-son duo will preach together during the second day of the 2019 Louisiana Baptist Evangelism Conference at the First Baptist Church in Covington, with a focus on reaching the next generation.

David Hankins, who is retiring June 30 from a post he has held since 2005, previously served a pair of Texas Baptist churches from 1971-85 before becoming pastor of Trinity Baptist Church in Lake Charles.

He is one of several generations in his family to pursue a call to ministry. His grandfather was a preacher, his father was a Baptist deacon, his son, Eric, is a pastor, and his grandchildren are on staff of churches in South Carolina and Mississippi.

The evangelism conference will mark just the second time he and Eric have had a joint preaching engagement.

“To no one’s surprise, Eric Hankins is one of my favorite preachers,” David Hankins said. “The opportunity to share the platform with him is an exciting honor and I’m praying God will use our messages to stir our hearts on the urgency of engaging the next generation.”

Holding true to a vision to reach the next generation, Eric Hankins is passionate about making disciples of his church members and their children.

“If we obey the teaching of Christ, we are to have a heart and passion for the next generation,” he said. “From Genesis to Revelation, the Bible has many examples and lessons about it. We should be handing down our faith to the next generation through discipleship. Jesus picked 12 guys he would equip to do ministry after he was gone.”

Eric Hankins said even though his father was a committed pastor, he made time with his family a priority.

“Dad was a careful protector of his family and of his time with us,” he said. “Dad taught us to be men of character. We knew we had a duty to be men who spoke truth. He was a truth teller and that was a priority in our home.”

ALL IN THE FAMILY

The Luters and Hankins will be joined on the program by Argile Smith, senior pastor of Parkway Baptist Church, Biloxi, Mississippi; and Lee Strobel, an atheist-turned-Christ follower who authored the best-selling book “The Case for Christ.”

The Luters and Hankins applauded the evangelism conference’s focus on reaching the next generation.

“The timing is right in this convention for the next generation to step up in leadership as we have seen with our SBC president,” Fred Luter said. “This is encouraging other younger pastors to get involved. My generation is stepping up to the plate and passing the baton to the younger ones.”

“The stats are clear and they are alarming – we are losing those we say we love the most – our kids and our grandkids,” he noted. “The headlines on the news and in our newsfeeds show the reality of a culture trying to distance itself from the truth that can set it free. Join me in praying God will light a fire in our souls to do everything we can, wherever we can and whenever we can to reverse these trends.”

By Joe McKeever “‘…your ways are not my ways,’ saith the Lord.”  (Isaiah 55:8) Keep an eye on how the Lord works in your life. You might learn something useful for the next time He wants to use you. This little couplet seems to sum up 90 percent of what Scripture and life teach us concerning the operation … END_OF_DOCUMENT_TOKEN_TO_BE_REPLACED