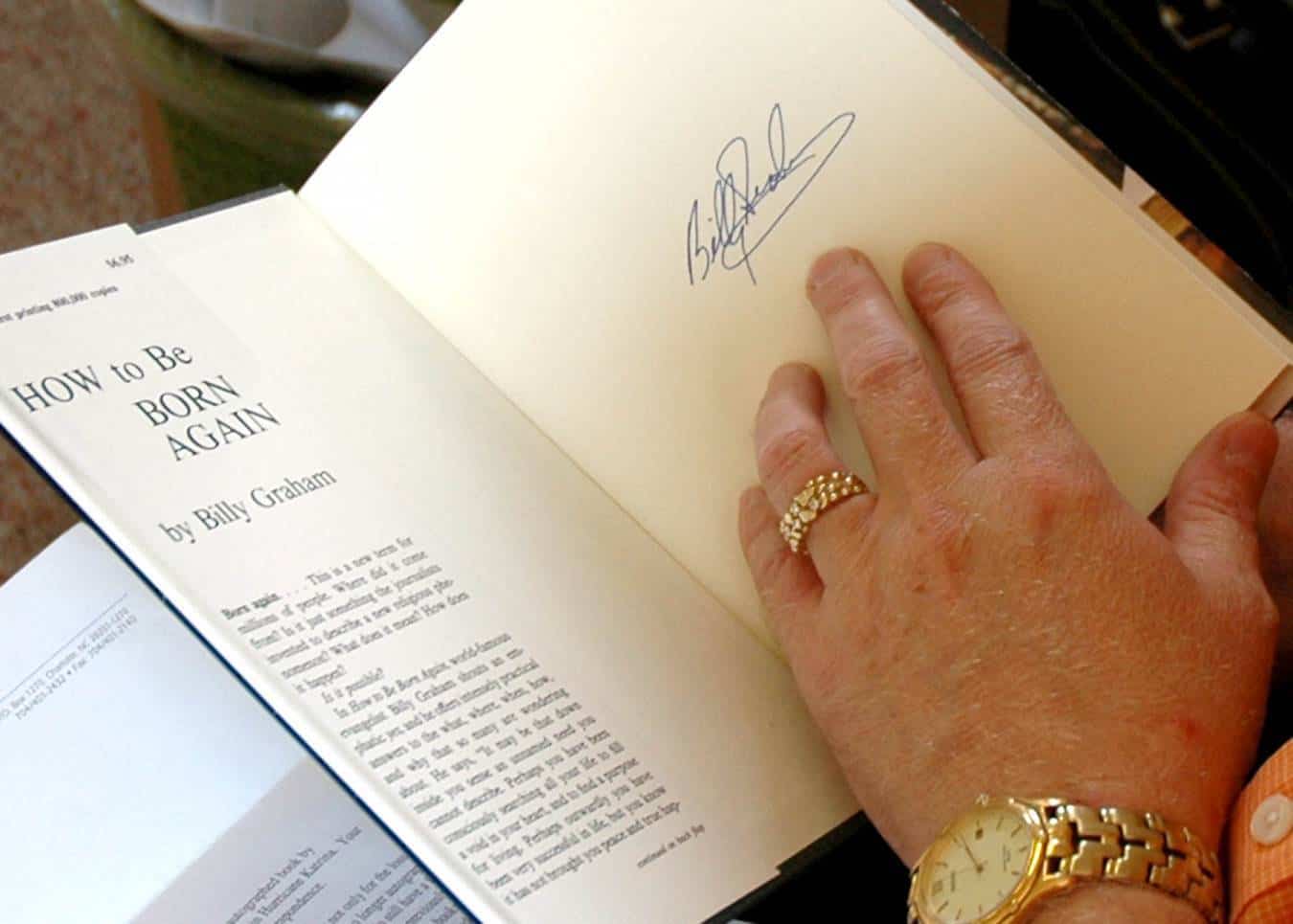 Evangelist Billy Graham autographed a copy of his classic work “How to be Born Again” to help NOBTS prof Preston Nix restore the library he lost in flooding from Hurricane Katrina. Gary D. Myers photo

NEW ORLEANS – Of the books New Orleans Baptist Theological Seminary professor of evangelism Preston Nix owns, his copy of Billy Graham’s “How to be Born Again,” autographed by the late evangelist, stands out as a favorite.

Though he doesn’t look at the book often, Nix plans on pulling out the copy soon to reflect on the gift sent to him by the famed evangelist.

When Hurricane Katrina made landfall in August 2005, a library of books collected during his 30-year career as a pastor was destroyed. Nix’s sister knew how much he admired Graham and wrote the Billy Graham Evangelistic Association to request an autographed book be mailed to her brother.

By September, Nix was surprised not only with the autographed copy of the book but also a box of books from Graham’s personal library.

“The very fact they would take the time to do it in the midst of all that was happening to me was really comforting,” Nix told the Baptist Message. “It was such a special honor to receive that from the world’s greatest evangelist. The fact he would take the time to do that and go beyond to send me books from his library speaks volumes about who he was. My heart is saddened for us but grateful for him, that he’s in glory enjoying his eternal reward.”

By Steve Horn ALEXANDRIA, La. (LBC) - This year has brought about more challenges and cancellations than any of us care to recount. For those meetings and events that were scheduled, more times than not, they happened virtually rather than in person. This has been true for us as Louisiana … END_OF_DOCUMENT_TOKEN_TO_BE_REPLACED