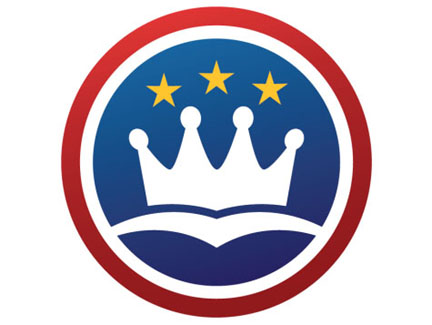 ERLC President Russell Moore wrote the leaders of both houses of Congress July 30 to announce the entity’s support for a bill to eliminate federal funding for the Planned Parenthood Federation of America (PPFA) and its affiliates. In his letter, Moore told Senate Majority Leader Mitch McConnell and Speaker of the House John Boehner the ERLC backs “the swiftest of congressional action possible” to defund Planned Parenthood.

McConnell has promised to hold a vote on the ERLC-endorsed bill, S. 1881, before the Senate’s August recess, which officially begins Aug. 10. The House of Representatives held no vote on defunding Planned Parenthood before it essentially entered its August recess July 29.

Advocates of defunding Planned Parenthood face a difficult task. The Senate must have 60 votes, instead of just a majority, to prevent a filibuster and gain passage of the bill. President Obama opposes the defunding effort and would almost certainly veto a ban that reached his desk.

Most of the latest undercover video by the Center for Medical Progress (CMP) shows a conversation between two individuals portraying representatives of a human biologics firm and a woman identified as Savita Ginde, vice president and medical director of Planned Parenthood of the Rocky Mountains (PPRM) in Denver.

In the video recorded at the Planned Parenthood clinic by a hidden camera, Ginde discusses providing fetal parts from abortions, training workers to get intact organs, her preference for pricing specific to body parts and the clinic’s caution in protecting itself legally. The final portion of the edited video of more than 11 minutes shows workers in the clinic’s pathological laboratory identifying in clear dishes a heart, stomach, kidney and other parts from an aborted child.

The release of CMP undercover videos of PPFA executives the last two-and-a-half weeks has ignited renewed calls — even stronger than before — for eliminating federal funds for the country’s No. 1 abortion provider, which performs more than one-fourth of all the procedures annually in the United States.

In his letter, the ERLC’s Moore told McConnell and Boehner the inappropriateness of the federal government funding PPFA “has only been exacerbated by the recent discovery of the callous collection — and apparent sale — of fetal body parts. Federal tax dollars should not be entrusted to an organization that has chosen to engage in such horrific behavior.”

The proposed ban, introduced July 28 by Sen. Joni Ernst, R.-Iowa, would maintain federal funding for women’s health at the same level but would transfer money no longer available to Planned Parenthood to other eligible service providers. Her bill has 44 cosponsors, all Republicans.

Contrary to claims by Planned Parenthood and its allies, S. 1881 “will not separate women from services, but rather the federal government from scandal,” Moore wrote in his letter. “With regard to women’s access to healthcare, this legislation proposes to reallocate funds, not eliminate them. This is the right step that signals a commitment to not only protect taxpayer monies, but also provide for the healthcare needs of women across the country.”

Douglas Johnson, legislative director of the National Right to Life Committee, said S. 1881 “would push the snout of Planned Parenthood, a bloated abortion mega-marketer and a fetal organ trafficker, out of the U.S. Treasury feeding trough.”

Rep. Diane Black, R.-Tenn., has introduced legislation in the House that would place a one-year moratorium on federal money for Planned Parenthood while Congress investigates the organization. She also rejected PPFA’s contention that defunding it would result in a crisis for “underserved and low-income women.”

“This is a lie,” Black wrote in a July 30 opinion piece in The Nashville Tennessean. “Across the country, we have nearly 1,200 federally qualified health centers — places like county health departments and faith-based clinics — that are forced to compete with Planned Parenthood for scarce taxpayer dollars. In many cases, they are offering services that Planned Parenthood does not provide, such as mammograms, but they lack the lobbying power and Washington connections that have made Planned Parenthood the billion-dollar-a-year industry that it is today.”

Sen. James Lankford, R.-Okla., has introduced on the Senate side a bill identical to Black’s. Black’s bill has 162 cosponsors, while Lankford’s has only three.

In the video released July 30, Ginde tells the individuals working for CMP, “We’d have to do a little bit of training with the providers or something to make sure that they don’t crush” fetal organs during second-trimester abortions.

Responding on video to a recommendation of paying by the individual body part, Ginde says, “I think a per-item thing works a little better, just because we can see how much we can get out of it.”

Regarding the legal implications, Ginde says of PPRM’s lawyer, “He’s got it figured out that he knows that even if, because we talked to him in the beginning, you know, we were like, ‘We don’t want to get called on,’ you know, ‘selling fetal parts across states.'”

A July 28 California court order did not prevent CMP from releasing its latest video. A Superior Court in Los Angeles County temporarily blocked CMP from releasing video of three Stem Express executives apparently discussing the purchase of aborted baby parts. A hearing in the case is scheduled Aug. 21.

In CMP’s third video, which was released July 28, a former employee of Stem Express, which supplies human tissue to biomedical researchers, discussed her procurement of baby parts at a Planned Parenthood clinic.

The ERLC and other opponents of government funding of Planned Parenthood have tried in previous congressional sessions to cut off money for the organization and other abortion providers but have always fallen short.

In its latest financial report (2013-14), PPFA said it received more than $528 million in government grants, contracts and reimbursements. It performed 327,653 abortions during 2013.

By John Hebert, Louisiana Baptist missions and ministry team leader ALEXANDRIA, La. - “By faith Abraham, when he was called, obeyed by going out to a place which he was to receive for an inheritance; and he went out, not knowing where he was going.” (Hebrews 11:8) This verse describes the exercise of faith … END_OF_DOCUMENT_TOKEN_TO_BE_REPLACED