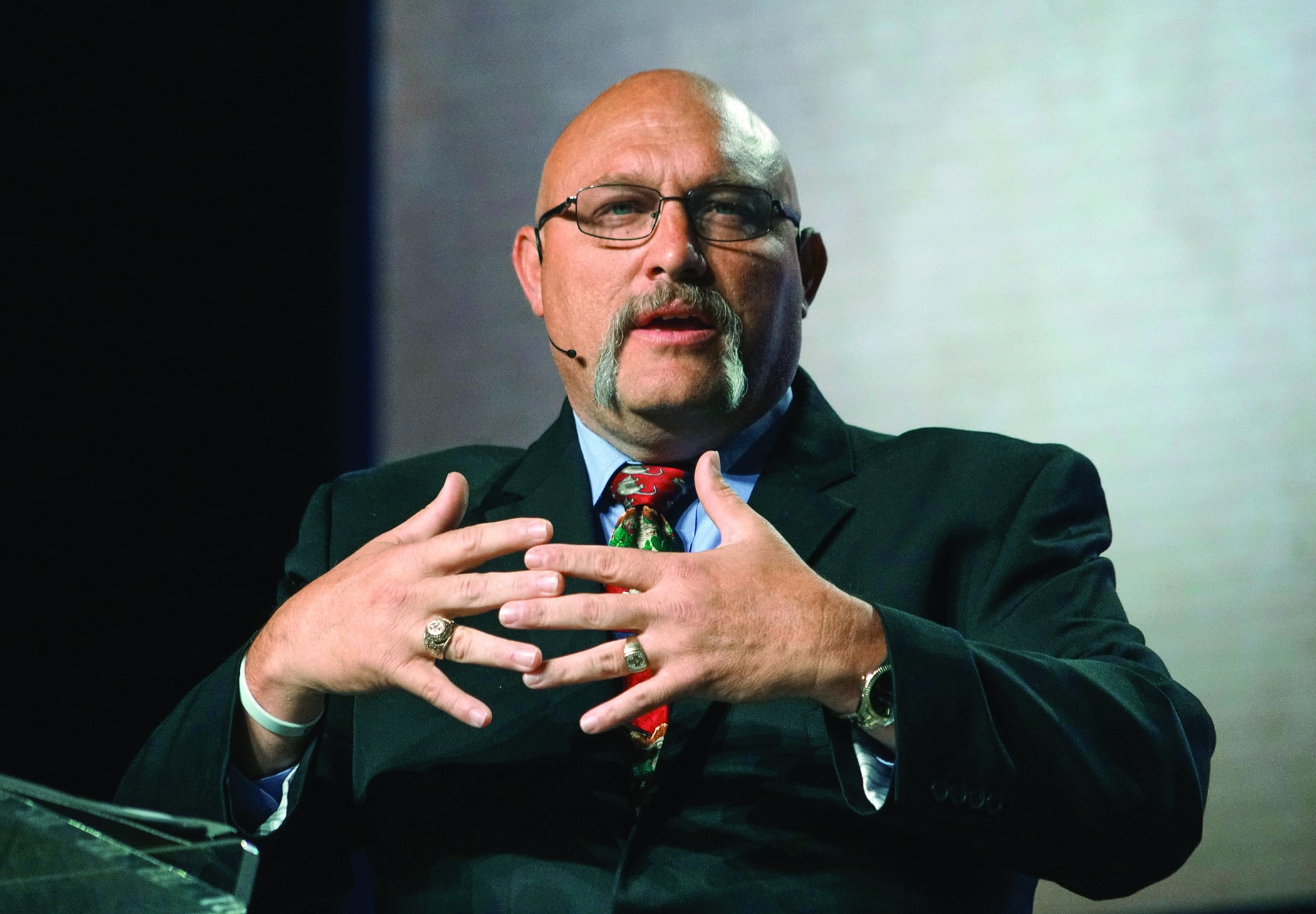 Frank Pomeroy, pastor of First Baptist Church, Sutherland Springs, Texas, lost 26 members of his church, including his own daughter in a mass shooting there November 5, 2017. He will speak at this year’s 2020 ECON. Baptist Press photo

LAFAYETTE, La. (LBM) — One week after a shooter gunned down 26 people attending a worship service Nov. 5, 2017, at First Baptist Church in Sutherland Springs, Texas, Pastor Frank Pomeroy, whose daughter, Annabelle, was killed, too, stood before the remaining congregants and other guests and presented a message of hope found in Christ.

“We have the freedom to choose, and rather than choose darkness like the young man did that day we choose the light,” Pomeroy said in his message under a tent on the church grounds.

Two years later, Pomeroy told the Baptist Message that a day does not pass when he fails to remember that fateful morning.

But instead of focusing on the tragedy, which took the life of his 14-yearold daughter (there are five surviving Pomeroy children) and killed close friends in his congregation, Pomeroy stressed how the faith community around the world comforted and strengthened his family, the church and the small Texas town they serve.

Prayers of support and donations poured in following the shooting, and the North American Mission Board funded construction, through the Cooperative Program and other gifts, of the church’s new multi-purpose facility. Completed in May 2019, the building houses a worship center, education space, kitchen area and fellowship hall.

Pomeroy, who will share his testimony during the Tuesday, Jan. 28, evening session of the 2020 Louisiana Baptist Evangelism Conference, said the outpouring of support has reminded him of when Jesus told his mother and siblings that his biological family extended much further than just them.

“We all have a biological family but it was wonderful to have a spiritual family who came together as a million member family to help us through a trial that was beyond imagination of most people,” he said.

Pomeroy, who has served as pastor of the church since 2000, said the situation reminded him of the need to avoid complacency in one’s spiritual walk and that the hope of Christ is essential in the midst of tragedy.

“We chose to be a beacon of hope,” Pomeroy said. “Rather than be the victim, we showed the world the victor.

“The great thing is that incident doesn’t define us,” he continued. “We were a very lively church before and have been even much more since then. Do I negate what happened with the 26 martyrs? No. But God is still moving in mighty ways. There’s so much growth and joy and the spirit is still moving in a mighty way.”

Since the shooting, the church has experienced significant spiritual growth.

During that time, Pomeroy has baptized 30 converts, and average worship attendance has increased from 50 during the first few weeks after the fatal shooting to around 175 in late 2019.

Members also have given back to the community through ministries that include an annual delivery of toys to children and a “store” that distributes food, clothes and furniture to needy individuals. The church also helps its members grow deeper through men’s, women’s and student’s small discipleship groups, and has taken mission trips to Alaska, Guatemala and South Dakota.

Looking toward the future, Pomeroy is excited about the church’s ministries and an upcoming campaign for the state Senate District 21 seat. He will face state Sen. Judith Zaffirini, a Democrat who has served in the legislature for more than 30 years.

“At first, I didn’t want to subject my wife and I to the media attention like in 2017, but I prayed about it and surrounded myself with godly men and women who He used to confirm to me this was the direction to take,” he said. “I am not running because I am a politician. I am running because God told me to do. If we can get more Christians to run for office, maybe we can stop the decline of this nation. We are to obey God and seek Him to the best of our ability.”

By Joe McKeever Freely you have received; freely give. (Matthew 10:8) JACKSON, Miss. (BP) -- Dr. Watson was complimenting Sherlock Holmes on a brilliant observation no one else had noticed. "Of course," Holmes remarked. "It's what I do." Forgiveness and grace -- that's what we believers do. Here is … END_OF_DOCUMENT_TOKEN_TO_BE_REPLACED