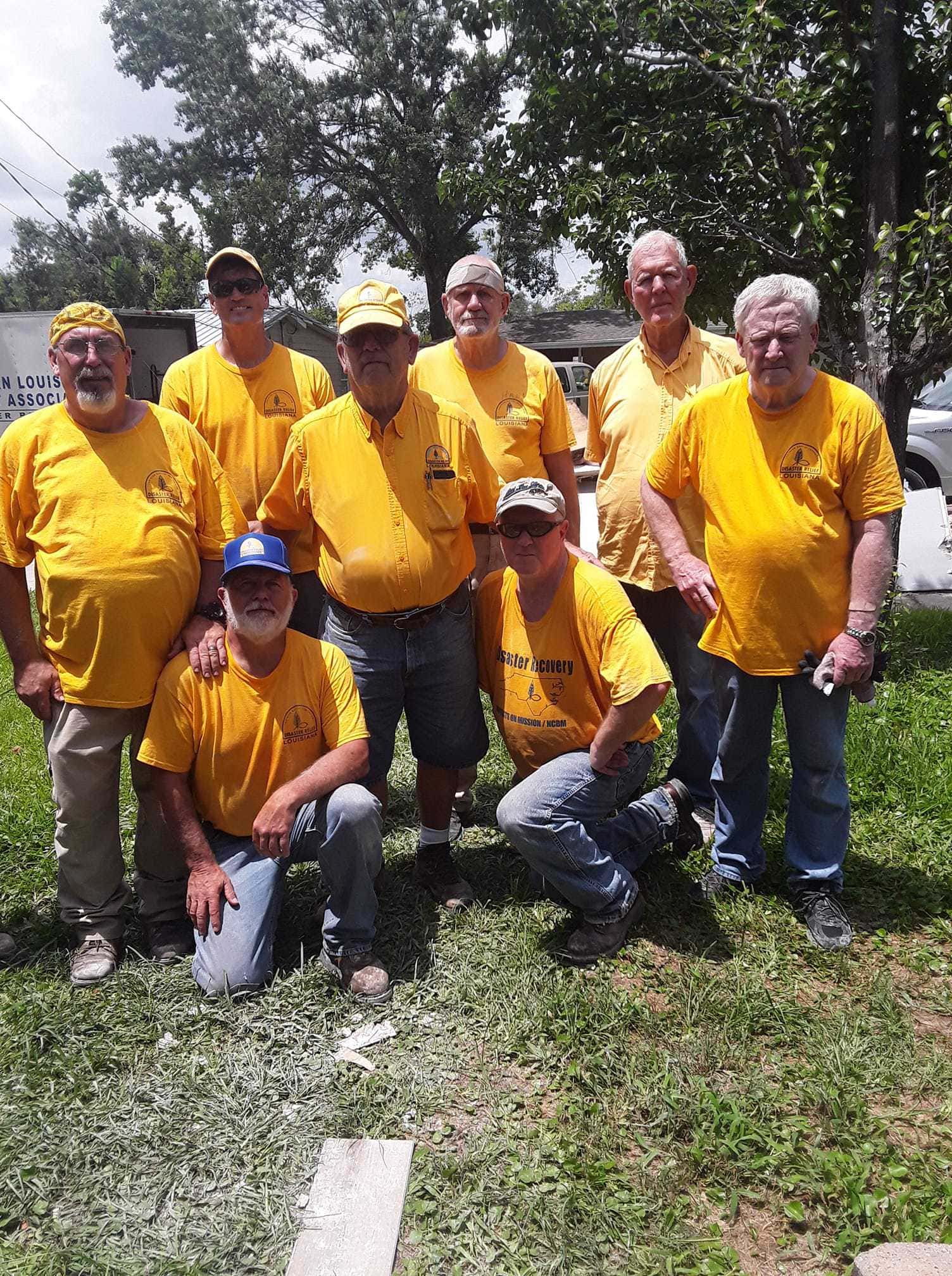 An Eastern Louisiana Baptist Association disaster relief team enjoys a moment of fellowship after a busy day cleaning out homes damaged by May 2021 flooding in southwest Louisiana. Submitted photo

LAKE CHARLES, La. (LBM) – Among the many people in need of help to restore their homes damaged by recent flooding in southwest Louisiana, six also had their souls restored through a Gospel witness by Southern Baptist disaster relief teams.

“While it’s wonderful to help people get their homes cleaned out so they can rebuild, we are reminded that those homes are temporary,” Louisiana Baptist disaster relief coordinator Stan Statham told the Baptist Message. “Now, those individuals who accepted Christ are prepared for an eternal home.”

Since relief operations began out of Trinity Baptist Church in Lake Charles, teams from Louisiana, Kentucky, Michigan, Missouri, Ohio, South Carolina and Texas have worked in the area, which received up to 15 inches of water in some parts May 17. According to Clark Fooshe, white hat (coordinator) at the Incident Command Center at Trinity Baptist, teams have completed 166 jobs out of 200 requests, distributed 64 Bibles and presented the Gospel 40 times. Teams are expected to remain in Lake Charles until June 19.

Another team from Ohio also is working out of Baton Rouge, which received more than 12 inches of rain. 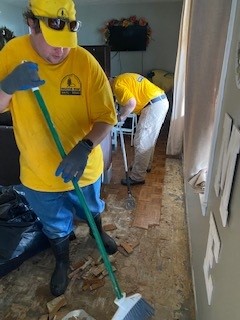 A Southern Baptist disaster relief team member sweeps the floor of a home that took in water from May flooding in southwest Louisiana. Submitted photo

“We’ve had a good number of states respond,” Fooshe, pastor of Second Baptist Church in Jackson, said. “This is how Southern Baptists shine when we come together for one common cause.”

Among those who accepted Christ was a homeowner who initially was hesitant to approach the team from Texas, but eventually worked up the courage to hear more about the Gospel.

“She was asked what her relationship was with the Lord and responded that she went to church,” Fooshe said. “The team shared about how much Jesus loved her and she came to know Christ. Her mother came outside once she saw what was going on and broke down in tears because she had been praying for a long time for her daughter to come to a relationship with Jesus.”

Staham said current disaster relief volunteers efforts is crucial as the Lake Charles area is still struggling after being slammed by Hurricanes Delta and Laura year and now severe flooding.

“Pray for teams traveling,” Statham said. “Pray for those flooded and have not even settled with their insurance company or completed repairs prior to this event.”

By Rebecca Holloway PINEVILLE, La. – For years, I have read and heard the statement, “We need to hold life/our family/our possessions with an open hand.” The idea is that we are not in control of our lives or anything else on this planet. God is in complete control of all things and has the power and right to … END_OF_DOCUMENT_TOKEN_TO_BE_REPLACED