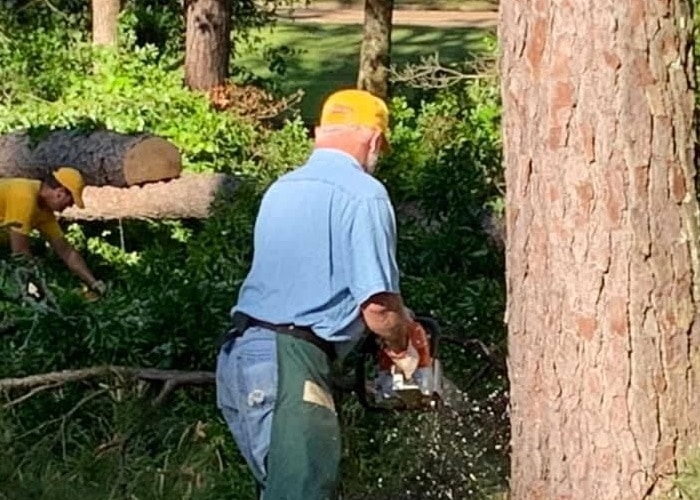 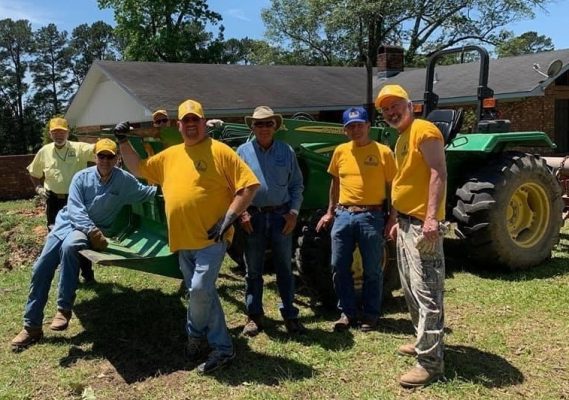 Members of a disaster relief team helped clean up properties impacted by a tornado in late April.

PREPARING FOR THE FUTURE
Moving forward, McMillan said disaster relief teams will continue to respond as needs arise, including with regard to support for the ongoing Operation Bahama Rebuild.
Since early December, more than 100 Louisiana Baptists have helped teams from Mississippi rebuild the 128-year-old St. Matthew Baptist Church that was destroyed by Hurricane Dorian, Sept. 2, 2019. A team returned from the island in March, after installing trusses in the fellowship hall and pouring concrete in the foyer of the worship center. Both areas were parts of the facilities that were destroyed by the storm.
The coronavirus pandemic has prevented teams from returning to the island since mid-March. But McMillan said work is scheduled to resume as early as June, adding that volunteers are needed to help install trusses and decking on the roof of the worship center and complete the fellowship hall.
“We have groups of people who are lined up to go back as soon as it is safe,” McMillan said. “We are expecting to be there in the middle of June provided the government okays travel.
“Many of the trips that have been planned to other places in the world have had to be cancelled due to this virus,” he continued. “If you were one of those who couldn’t go on another mission trip, consider joining us in helping this church rebuild.”
For more information on participating in the Operation Bahama Rebuild, contact McMillan at Gibbie.mcmillan@louisianabaptists.org or Kelly.tam@louisianabaptists.org.

By Stewart Holloway PINEVILLE, La. (LBM) - For over two months now, my oldest son, my mom, and I have spent most Friday mornings at my mom’s clearing overgrown brush. What was planted as a fruit orchard in an open pasture almost thirty years ago has grown into a wilderness of every kind of vine and tree … END_OF_DOCUMENT_TOKEN_TO_BE_REPLACED