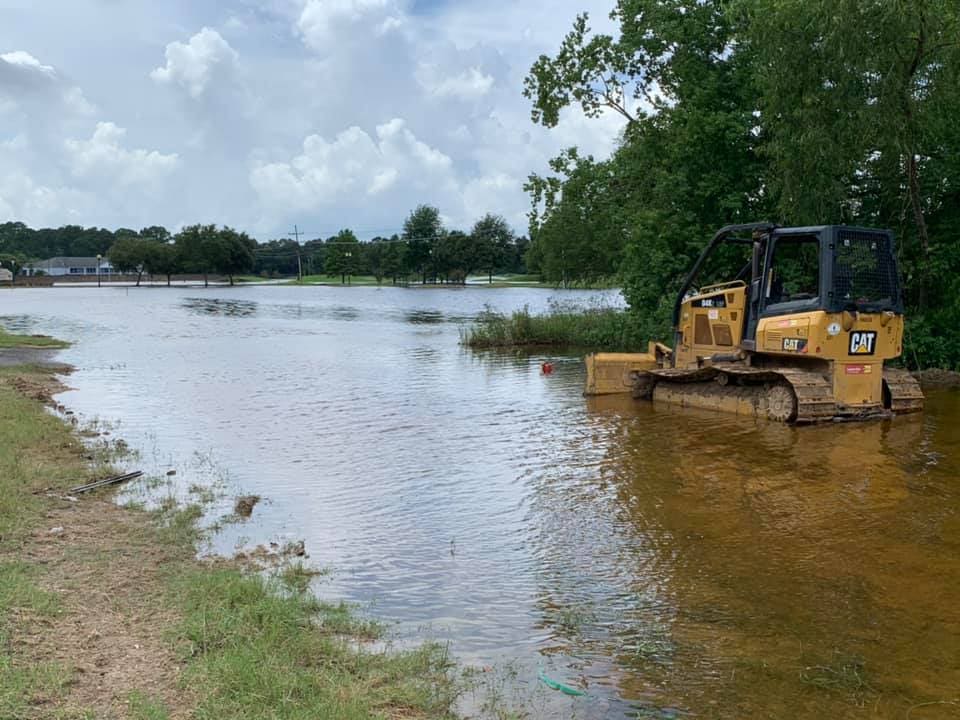 Rainwater from the remnants of Hurricane Barry flooded a field in Oberlin July 16, 2019. Brian Blackwell photo

ALEXANDRIA, La. (LBM) — Louisiana Baptists have continued to aid churches who reported facility failures after the sporadic damage throughout the state caused by Tropical Storm Barry.

According to Joe Arnold, director of missions for Bayou Baptist Association, a disaster relief team from Eastern Louisiana and Washington Baptist Associations has made temporary roof repairs to the main building of Mechanicville Emmanuel Baptist Church

“We are thankful that it was not any worse than it was,” Arnold told the Baptist Message. “For the churches that had damage, first pray for them as they clean up. Second, if you have a construction crew available, we can plug them in with a church. Give me a call and we can make arrangements.”

Gibbie McMillan said the Louisiana Baptist Convention is working through the association to assess and repair these four churches, and to distribute funds for assistance.

Waters had receded in Oberlin late Wednesday afternoon to reveal that more than 50 homes had been flooded, McMillan said. A disaster relief team from several churches in the state was working in the area by Thursday.

Oberlin Baptist Church will lodge and feed disaster relief teams responding to the needs in that community, McMillan said, and he noted that additional volunteers are needed. For more information contact 318.449.4280.

On Tuesday 10 volunteers cleaned out the compassion center at Grace Point Church in Simmesport, which was flooded during the storm.

“It is such a blessing to see God’s people come together in a time of need,” Crawford said. “What could have taken weeks only took three hours.”