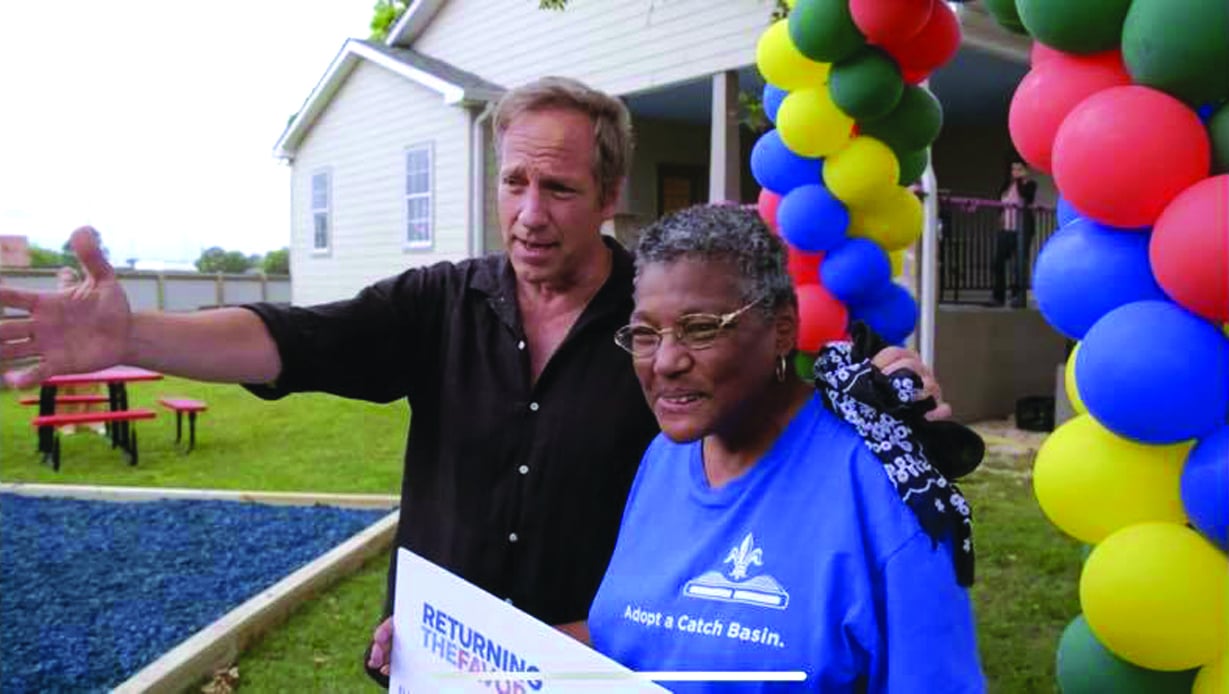 TV personality Mike Rowe showed Brenda Lomax-Brown a new playground built near the Life Transformation Center in New Orleans, where she serves as director. The surprise unveiling was featured in “Returing the Favor,” and was captured in a screen shot of the episode shared on the Celebration Church Facebook page.

NEW ORLEANS – Brenda Lomax-Brown received the ultimate surprise when television personality Mike Rowe showed up with a film crew to give her a $20,000 check and a new playground for the ministry to use in the Hollygrove-Dixon neighborhood.

During the August 5 Facebook- based episode of “Returning the favor: A forgotten neighborhood fights back,” Rowe, former host of the popular TV show “Dirty Jobs,” accompanied Lomax-Brown for a tour of her neighborhood while a team, without her knowledge, built a $30,000 playground in fewer than four hours near the Life Transformation Center, a ministry of Celebration Church with campuses in the New Orleans area, Baton Rouge and the Northshore.

Rowe then brought Lomax- Brown back for a surprise unveiling.

“All day, driving around with you, was an absolute blast,” Rowe said in the episode. “And the more I got to know you, the more I thought, ‘this really is a woman who will go to city hall and get out the hammer and start making all kinds of trouble.’ But we really don’t want you to have to do that. We really want to do something for the community, and we really want to thank you for everything you’ve done so far.”

“Oh, Jesus, thank you,” she said moments after seeing the new playground. “Lord, have mercy.

“Keep believing in your dreams because they can become a reality,” she finally managed to say.

Since Celebration Church opened the Life Transformation Community Center in 2017, the ministry center has helped improve a community marked with poverty and violence.

Volunteers from Celebration Church and other local charities have provided tutoring and mentoring for children and teenagers, and job and life skills training for adults. The congregation also has spruced up yards, performed home renovations, cleaned up abandoned lots and helped dismantle abandoned homes.

“The residents will tell you Celebration Church has made quite a difference,” Pastor Dennis Watson told the Baptist Message. “We came in to serve and help. People see children, teens and adults being helped on a regular basis by Celebration members — at the Life Transformation Center and throughout the community. The community has become a safer place and a community that people are now willing to move into. We’ve been able to help children and teens become better students; and, then we have had adults who have said, “I have hope for my family because of Celebration Church’s efforts in this community.” 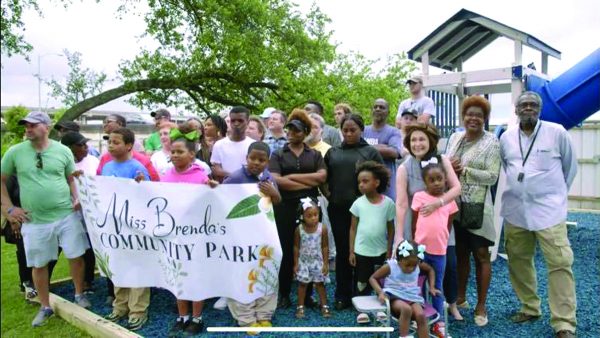 Supporters of the Life Transformation Center in New Orleans greeted Director Brenda Lomax-Brown at the ministry ‘s new playground built during the filming of a Facebook show “Returning the Favor.”

Watson said the Life Transformation Community Center has helped give his church members a renewed passion for service.

“They have an outlet in helping the inner city community they never would have had before,” Watson said. “We are seeing people’s lives touched and transformed in the community. And we are seeing the lives of our people changed as they go down to Hollygrove/Dixon to serve.”