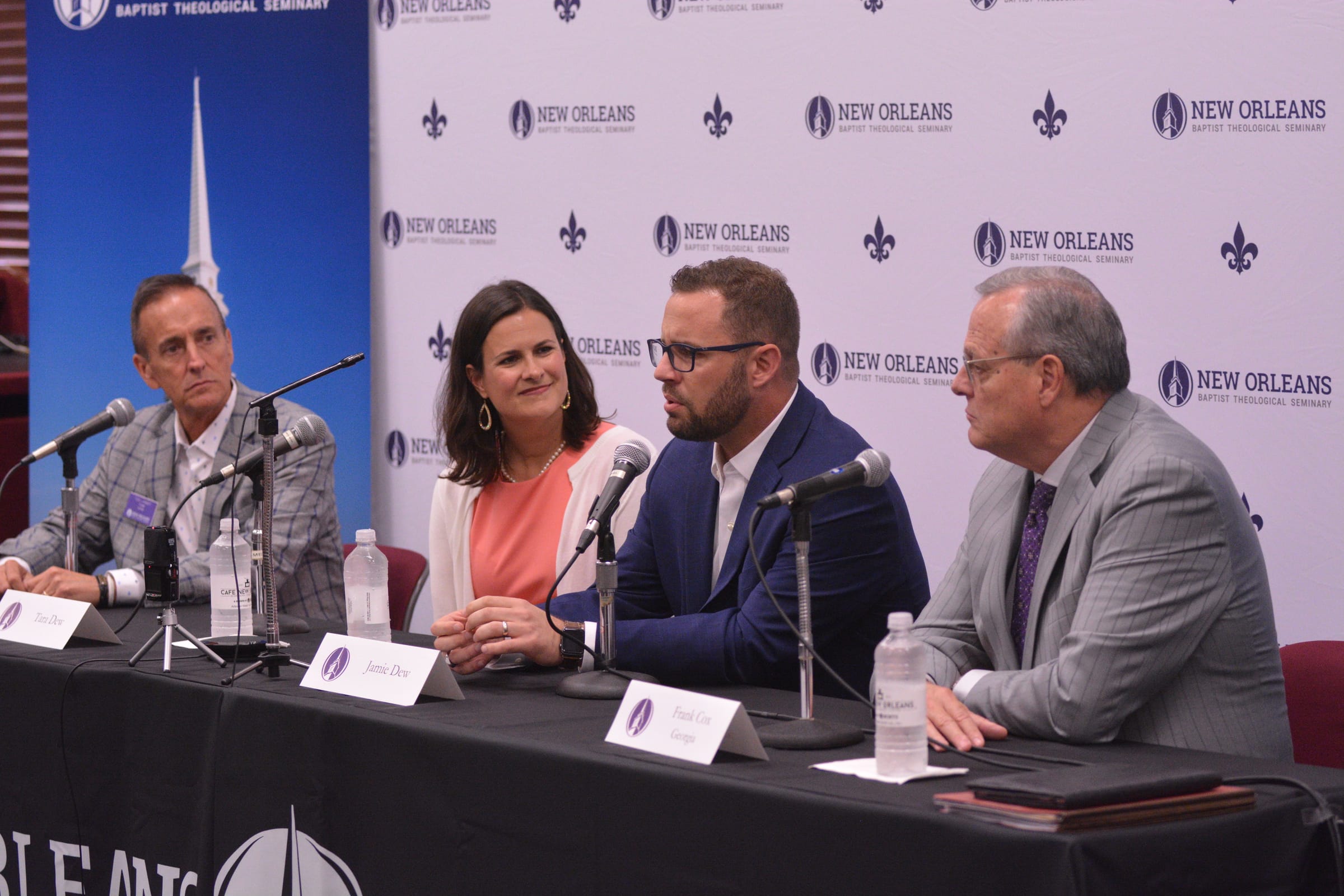 “In this city you have the best of everything – culture, challenge, opportunity for ministry, a religiously plural context that our students could learn in,” he said. “In short, if you can learn to share the Gospel here, if you could learn to minister to the poor, to the broken, to the needy here, it seems to me that would be incredible preparation for whatever it is God is going to take you.

“I think part of it is just the city that we find ourselves in,” he continued. “I think New Orleans also has a tremendous footprint in Louisiana, Mississippi, Alabama, Georgia, Florida and through the Southeast of people that have come here, been trained and prepared, and now have gone out into this region and are sharing the Gospel, and representing Christ and His cause. When I look at those types of things, the footprint that we have and the number of graduates that we have, the alumni that we have and the cultural preparation that we get here, I think that this puts together a very neat package.”

Trustee chairman Tony Lambert called Dew’s election “an incredible day for New Orleans Baptist Theological Seminary, we believe, not only for our seminary but all our seminaries as we will continue to get stronger and do what God has called us to do. It is a historic day for our denomination, an exciting time, and we just think the timing is perfect.”

Presidential search committee chairman Frank Cox shared about the process of finding a new chief executive, which began in October 2018 after Kelley announced his intentions to retire.

The committee reviewed 20 candidates that included three African Americans and a Hispanic, Cox said. After narrowing down the list to four finalists, God led them to choose Dew.

“Our campus at this time needs Jamie Dew,” Cox said. “When we prayed and kept praying, we kept thinking every follow up interview with Jamie is going to begin to reveal the kind of kink in his armor. And every time we met, no matter how hard we looked, we all walked away being more convinced that God was in this.”

Dew most recently served as vice president for undergraduate studies and distance learning at Southeastern Baptist Theological Seminary in Wake Forest, North Carolina, and supervised all aspects of distance learning, the prison programs, and the writing center.

As associate professor of philosophy and the history of ideas he taught classes and mentored undergraduates as well as students enrolled in master studies and doctoral programs.

Dew holds degrees from Toccoa Falls College in Toccoa, Gerogia, SEBTS, and the University of Birmingham in the United Kingdom. He and his wife, Tara, are the parents of two sets of twins.

“So I want to serve specifically that portion of our constituency,” he emphasized. “I can’t wait to meet them, and serve alongside them and get to hear their needs, their passions and their concerns.

Dew said he will need to lead some changes that “reshape and restructure some things” on campus, and will “have to have an ear very closely connected to our constituency, to the churches of our convention, because our job is to serve them and to equip them.

“We will need to be in very close dialogue to hear what the needs are,” he explained. “So I look forward to doing that.”

Dew shared some general notions about his vision for his first year, indicating he will place an emphasis on marketing the institution, building relationships within the Southern Baptist Convention and growing enrollment overall. But he said he with give special attention to Leavell College, which offers undergraduate degrees and non-credit certificates.

“When I look at this campus and I look at this institution, I see potential dripping from it,” Dew said. “And I can’t wait to set my hand to that work and to be a plow and be a catalyst here.”

“I think theologically there is diversity here on this campus that is very much needed in Southern Baptist life,” he said. “I don’t mean that to take shots at any particular group or anything. I think that we need the distinctions. I think that we need the diversity of thought that is represented by Southern Baptists. I think we need to find a better way of interacting with each other and loving each other and standing under the Baptist Faith and Message of 2000. But I think that the diversity, theologically speaking, even on this campus, provides us an opportunity to do that well and I look forward trying to do that.”

By David Jeremiah EL CAJON, Calif. (BP) - Something strange happens to the psyche of a nation in difficult times. The downtrodden begin to resent government and wealthy corporations and individuals, seeing them as out of touch with, if not the cause of, their plight. Desperation can lead to a reversal of … END_OF_DOCUMENT_TOKEN_TO_BE_REPLACED