The congregation of Zenoria Baptist Church in Trout knows the difference 12 hours can make.

Last Friday morning, members of the Zenoria’s congregation, members from First Baptist Church in Jena and others from the community were cleaning up a small amount of standing water off the floor inside the church building.

By that evening, the floodwaters had risen almost 9 feet and had nearly reached the rooftop of the church, which is located less than a half-mile from the overflowing Little River. Now, the church is waiting for the water to recede.

Pastor Joel Johnson said the church that averages 40 on a Sunday morning is determined to renovate the facility and continue being a shining light in the community, something it has done since its founding in 1922.

“The congregation is disheartened about not being able to meet together at the church, but they are determined the flooding is not going to stop us from meeting as the body of Christ,” Johnson said. “They are ready to see what that next step is and how do we go about doing it. They are very encouraged about keeping the church going and keeping the church as a part of the community.”

As they look toward the future, Johnson said the biggest needs are prayers, clothing for children and financial contributions to help renovate a church that did not have flood insurance. Johnson said a Go Fund Me account will be established soon and anyone wanting to help in any way should send a message through the church’s Facebook page.

“We need prayers for our church members who lost their homes and we need prayers that God will allow us to continue to preach the gospel and reach the lost in the community,” Johnson said. “This is a way for God to show His grace and ability to rebuild His people and encourage His people. We’re really encouraged in the Lord that He has taken care of us and we will be as wise as we can in the future to plan for such events as this. God will provide a way for you. You just have to trust Him.”

Zenoria Baptist Church is among a number of Louisiana Baptist church facilities damaged by last week’s flooding throughout the state. More than two feet of rain has fallen in parts of the state, causing rivers to break flood records, causing flash floods that are threatening businesses, homes and lives throughout Louisiana. 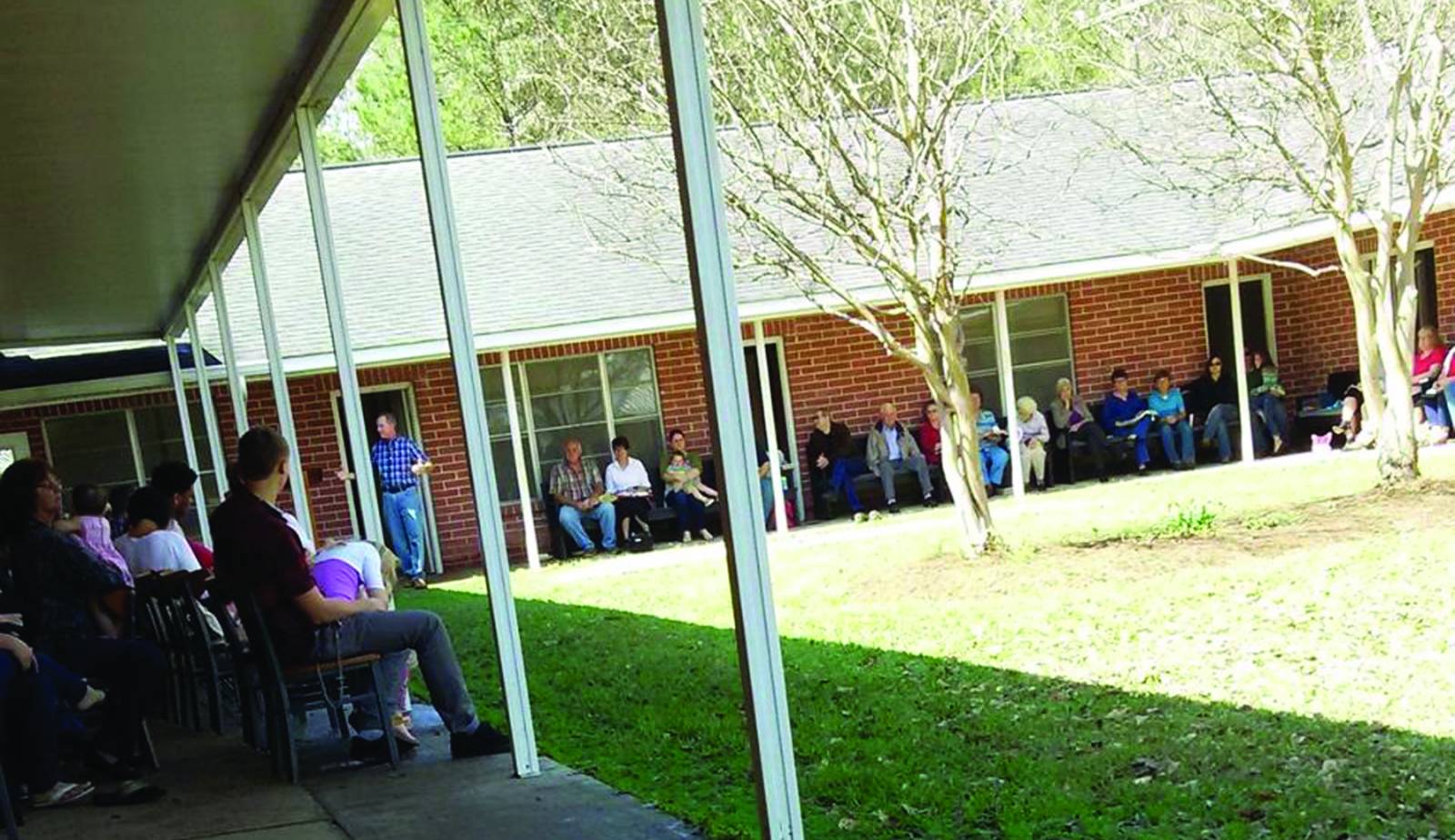 Though the congregation of Mount Nebo Baptist church in Roseland could not meet inside the sanctuary, on Sunday, the congregation gathered on the sidewalk outside the facility to worship.
They received one-and-a-half feet of water inside its sanctuary and parsonage.

Mount Nebo Baptist church in Roseland received one-and-a-half feet of water inside its sanctuary and parsonage. Pastor Randal Camardelle said have removed the flooded carpet inside the sanctuary and classrooms in the same building. Today, they plan to remove carpet from the parsonage.

Though they were unable to meet inside the sanctuary on Sunday, the congregation gathered on the sidewalk outside the facility to worship.

The biggest need they have is prayers for unity and agreement on decisions concerning the work ahead, said Camardelle.

“My people have a piece about this,” he said. “They know God is sovereign and in control. We will press forward and move on as one body.”

First Baptist Church in Kentwood reported about two inches inside its main building, along with an inch that crept into its Lighthouse student building.

“Pray for those flooded out of their homes, for disaster relief workers, and for those not able to get around because of roads washed out or in dangerous condition,” said Pastor Joey Miller. 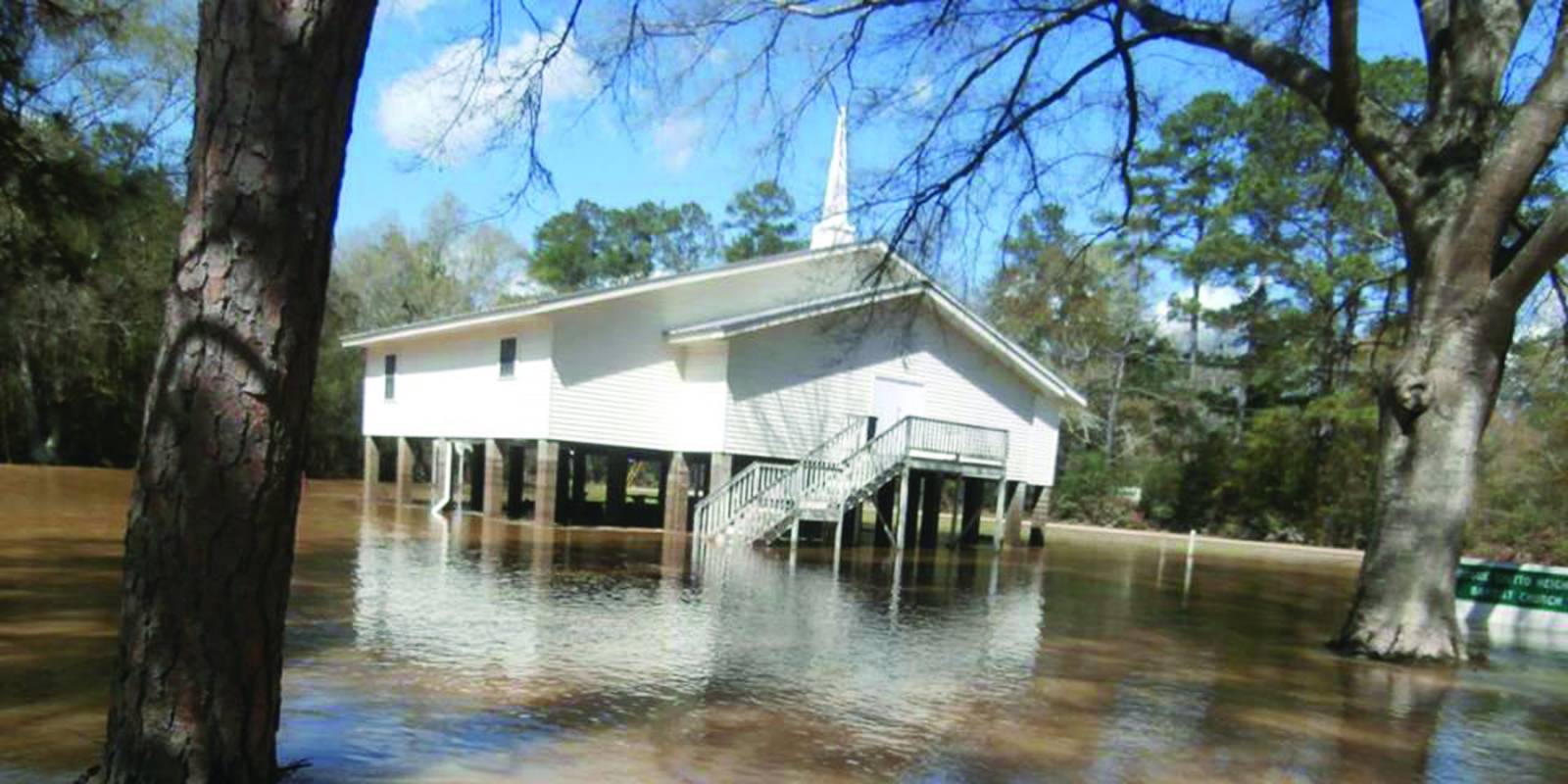 Bogue Chitto Baptist Church in Franklinton, which sits on cinder blocks, was three inches away from water coming into its building. By the time water receded, the floodwaters had washed away the ramp attached to the structure.

Bogue Chitto Baptist Church in Franklinton, which sits on cinder blocks, was three inches away from water coming into its building. By the time water receded, the floodwaters had washed away the ramp attached to the structure.

“We are thankful but will have to wait and see what happens as the waters recede,” Williams said.

Bethel Baptist Church in Franklinton had a portion of its fellowship hall filled with water. College students from Michigan who were staying at the church assisted Pastor Joseph Kelley and his wife  most of the night to dig a drainage ditch to alleviate more water from coming inside the church, as well as mopping up water already inside the facility.

“It took us all night, but with the Lord’s guidance and the help of students He sent, we recovered well with no real damage,” Kelley said. “Please pray that God will provide the extra funding we need to provide building materials for the people in need of home repairs. Also, please pray we can help these people quickly and adequately so they can return to their homes.

“And pray for the Southern Baptist Disaster Relief workers,” he continued. “We will be working alongside them as well.” 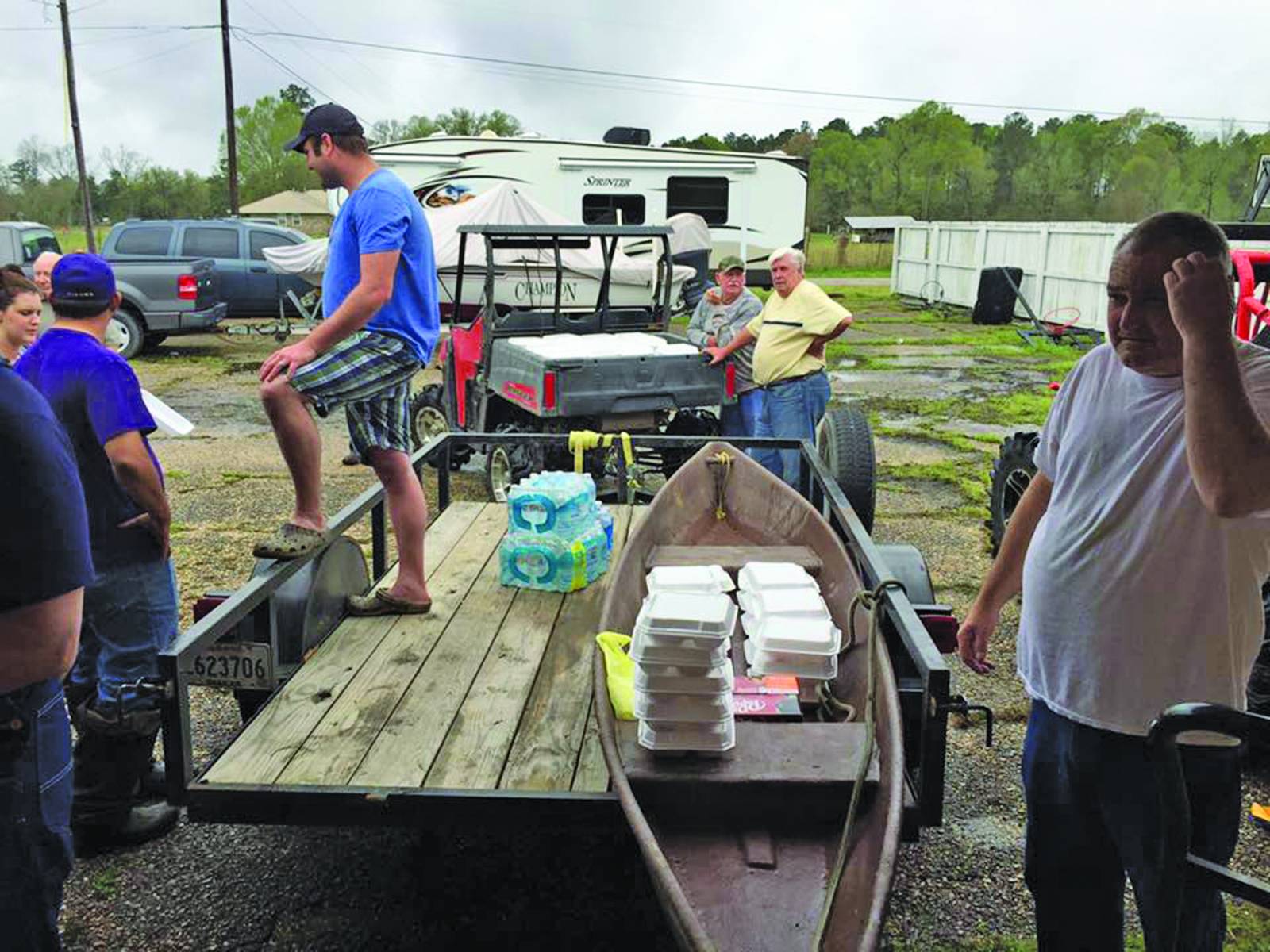 Colyell Baptist Church in Livingston did not see any damage from the floods but joined with others from the community on Saturday to host an outreach for those affected by the disaster. The city’s annual jambalaya cook-off competition was cancelled because the excessive flooding cut off access to the Colyell Community Ballpark where it is held annually, with 30 to 50 cooking teams participating.

Since the food already was purchased by the teams, the event turned into a day of providing free jambalaya for those affected by the flooding.

“It was a blessing to see our community come together and show those that are experiencing another tragic episode of flooding in our area that they are not in this alone, that their fellow community members have their back,” said Pastor Bill Holifield. “I think the most exciting part of all of this was not only meeting a great need but to see the many volunteers who heard or read about the outreach who don’t even live in the Colyell Community but wanted to be part of making a difference for others.”

By Lane Corley Olive trees produce one of the most desired and sought after fruits around the world. The trees can live for thousands of years. The olive and the olive tree is spoke of in the Bible on numerous occasions. Including a few references to family life, like in Psalms 128:3 – “Your children will be … END_OF_DOCUMENT_TOKEN_TO_BE_REPLACED