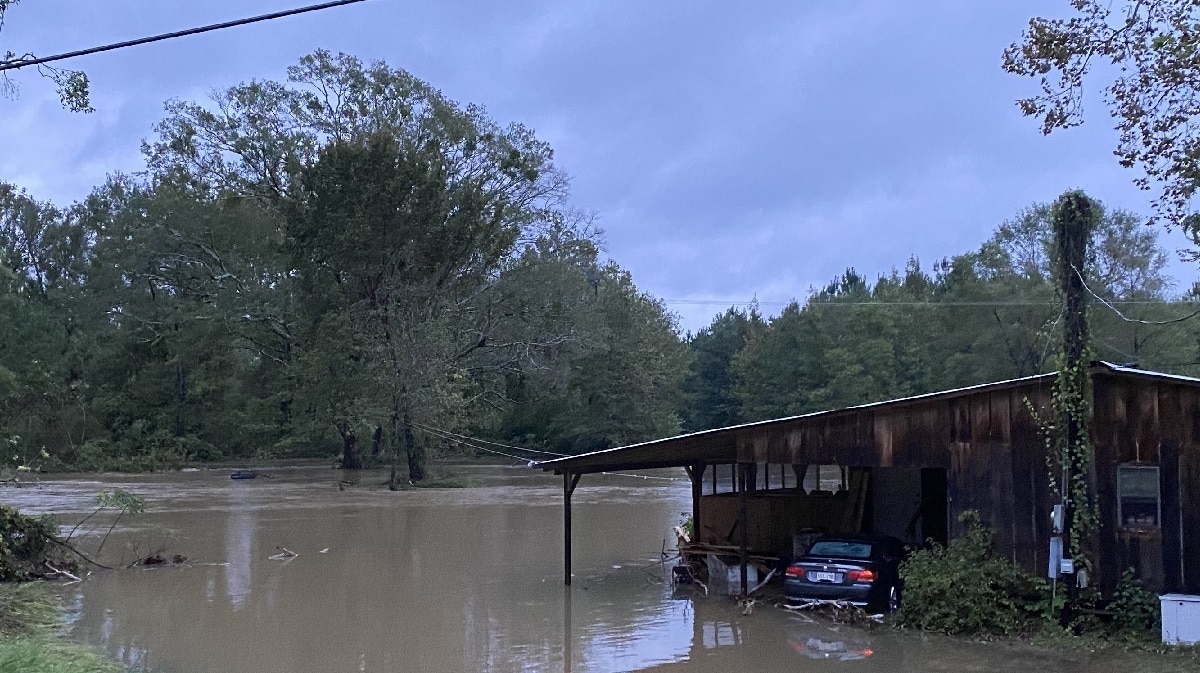 ALEXANDRIA, La, (LBM) —  Louisiana received a “gut punch,” Friday, as the second hurricane in six weeks made landfall in the state.

The eye of Hurricane Delta crashed ashore at 5 p.m., Oct. 9. as a Category 2 storm with maximum sustained winds of 100 mph in Creole, nearly 13 miles east of Cameron, where Laura made landfall as a Category 4 hurricane (150 mph winds) on Aug. 27.

According to the National Weather Service, Delta had weakened to barely a tropical storm (35 mph sustained winds) as it exited into Mississippi at 7 a.m., Saturday, having followed a nearly identical path as Laura. 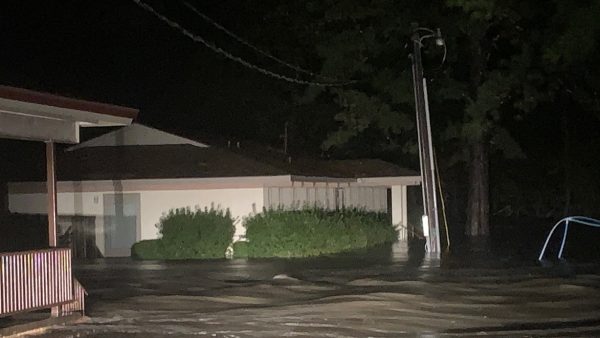 Rains from Hurricane Delta created a flash flood Friday that swept through the campus of Tall Timbers Conference Center, causing damage to Indian Creek Lodge, the activities building and the game room.

“We are in the process of assessing the needs, making decisions about locations for our base of disaster relief operations and bringing back online the operations we had in place responding to Laura,” Horn told the Baptist Message. “These will continue to be challenging times, but the beauty of this morning can be a reminder to us that God’s faithfulness is new every morning.”

PRAY FOR THE WEARY

Bruce Baker, director of missions for Carey Baptist Association, said people are weary. Many were repairing their homes that were damaged by Laura and must now deal with the aftermath of a second hurricane.

“Adding damage from Delta to the area will be devastating for many,” he said. “I am praying that I suffer well. That people will remember how much we love Jesus and our neighbors and not how much we suffer. In many ways it is better that the storm followed a track similar to Laura. No reason for someone else to get new damage.”

“We have Texas Baptist Men going to Trinity in Lake Charles to do feeding,” he said. “Missouri Baptist Disaster Relief is on the way to Bayou Church in Lafayette and will set up a drive-in feeding center at First Baptist Church in Welsh, too.

He added that a team from Rolling Hills Minsitries in Ruston was assigned to set up a feeding center at First Baptist Church in New Iberia and that the North Carolina Baptist Men incident command center was locating at First Bapitist Church in Lafayette.

McMillan also gave an update on the ongpoing response to Hurricane Laura.

By Joe McKeever “‘…your ways are not my ways,’ saith the Lord.”  (Isaiah 55:8) Keep an eye on how the Lord works in your life. You might learn something useful for the next time He wants to use you. This little couplet seems to sum up 90 percent of what Scripture and life teach us concerning the operation … END_OF_DOCUMENT_TOKEN_TO_BE_REPLACED