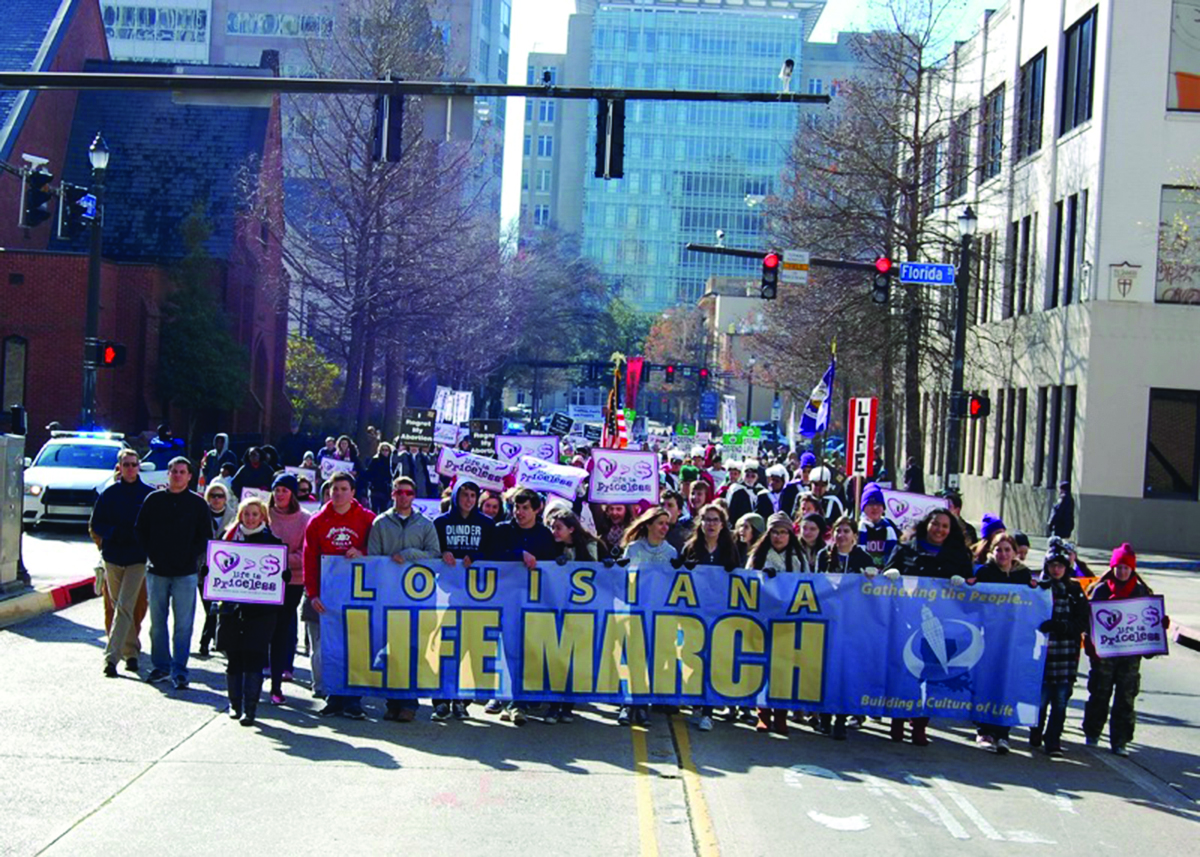 Pro-life marchers march from the Old State Capitol to the new Capitol building on a chilly Saturday morning, Jan. 23, in Baton Rouge.

An estimated crowd of 1,500 to 2,000 attending the 6th annual Louisiana Life March South, walked five blocks through downtown Baton Rouge on Saturday from the Old State Capitol to the new Capitol building.

A bright, sunny day belied a bitter wind that howled through the canyons between the tall buildings chilling participants but they soon warmed up at the Capitol steps where speakers, including Tommy Middleton, Baptist Association of Greater Baton Rouge Director of Missions, encouraged the crowd to stay involved in pro-life issues. 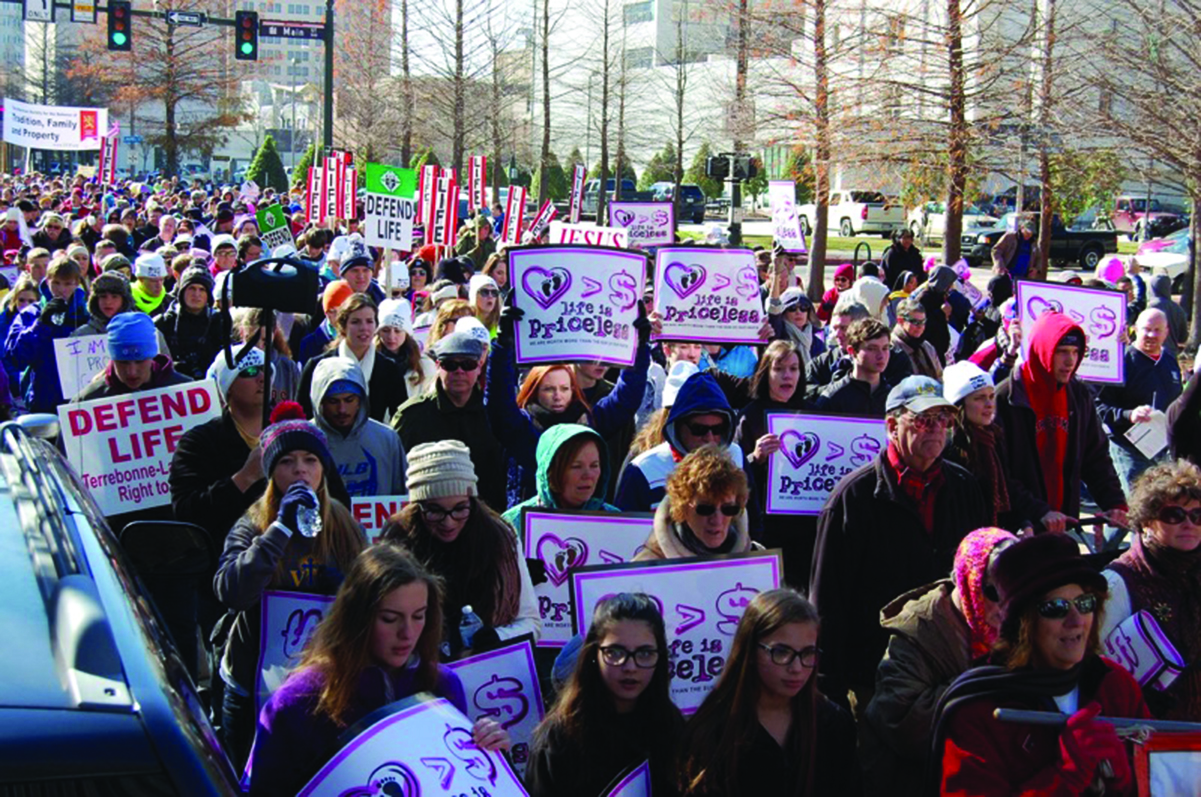 Marchers give a voice to the 10,000 innocent children aborted each year in our state.

Check back later for an in-depth story and additional photos. 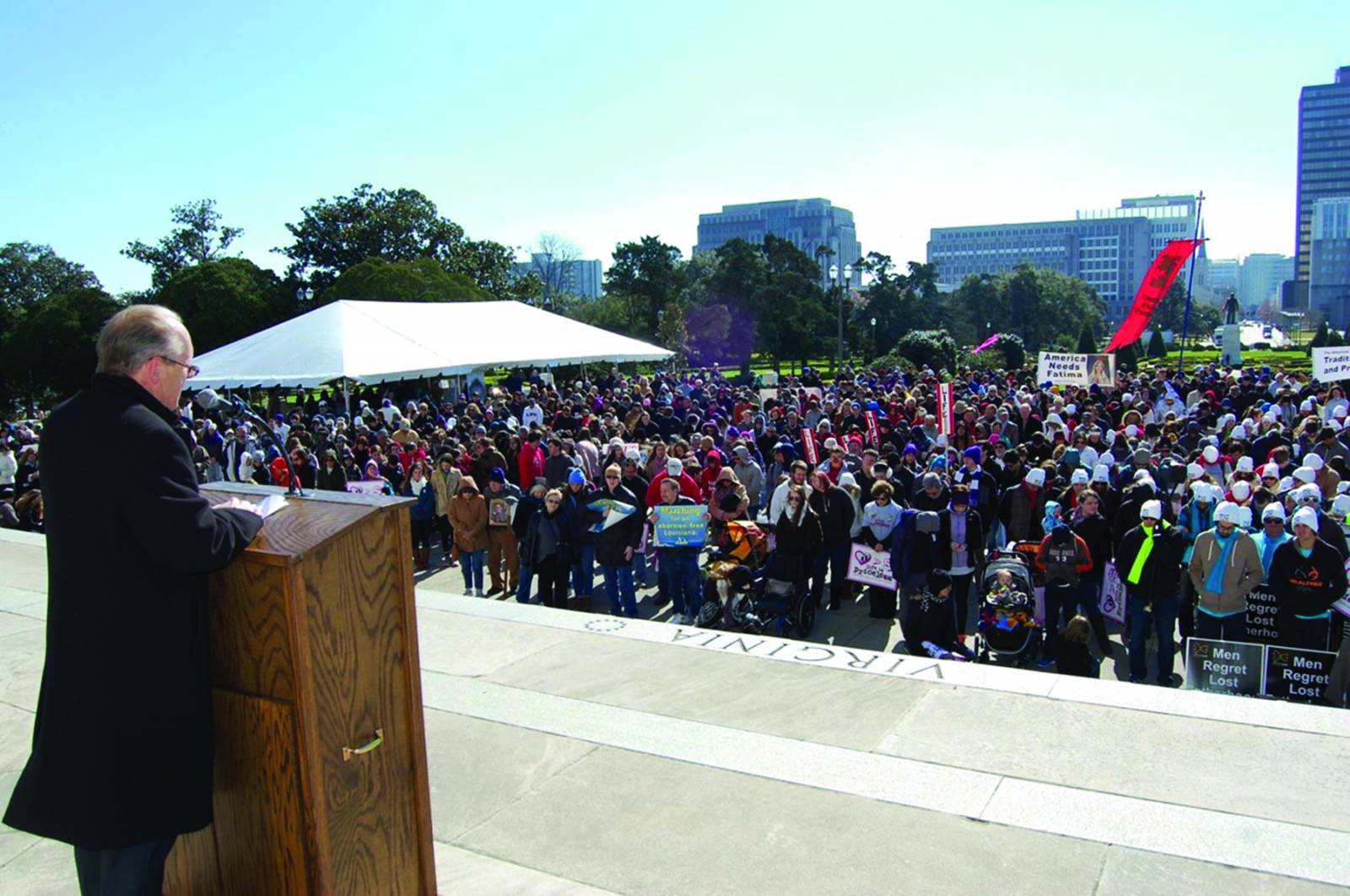 Marchers listen to speakers at the Louisiana State Capitol including Tommy Middleton, Director of Missions of the Baptist Association of Greater Baton Rouge.

By Steve Horn ALEXANDRIA, (LBM)--You might be tired of hearing that we are living in unprecedented days, and, of listening to endless reports about the crisis, quarantine, social distancing, stay-at-home orders, and flattening the curve. I know I am. So, how about some good news? Our churches are … END_OF_DOCUMENT_TOKEN_TO_BE_REPLACED