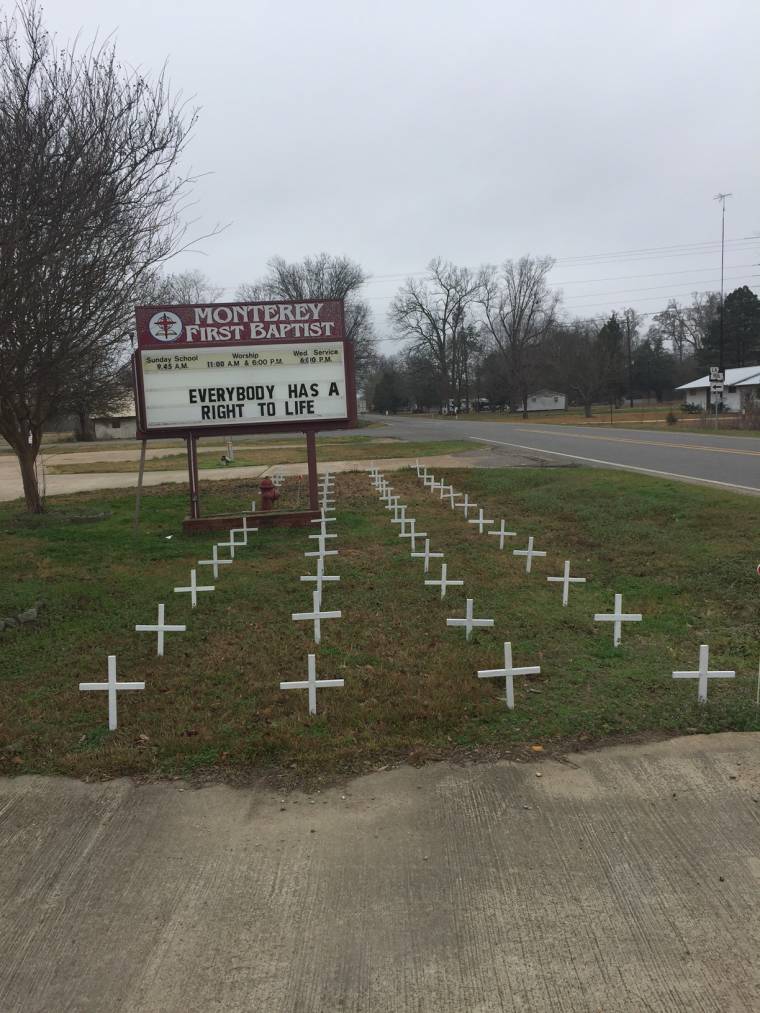 MONTEREY – First Baptist Church Monterey has nearly 50 reasons to show all who pass by its property why all lives matter.

Situated along Highway 129, the church has placed almost 50 crosses on its grounds to represent not only all the lives that have been lost to abortion but to bring attention to the fact that every person has a right to life.

Church member Dick Young said the effort began 10 years ago, after he and others in the congregation were led to take a step of action for the pro-life cause.

“The first thought we had back then was the large number of abortions that were occurring and we didn’t feel that was a good thing,” Young said. “We wanted to do something that would help people who drove by to recognize abortion affects the unborn and it is terrible.

“We knew that not enough of us spoke up back before abortion was legalized, thinking it would never happen in America,” he said. “While it was too late for those who have been aborted in the past, we can at least do our part and take some sort of action step to perhaps correct our past mistakes.”

The crosses, which were placed in the ground in mid-January, are expected to remain in place until the end of the month.

This Saturday, Louisianans will have the opportunity to participate in the first of three life marches in some of the largest metropolitan areas in the state.

Scheduled for Jan. 21 in Baton Rouge, Jan. 28 in Shreveport/Bossier City and Feb. 4 in Alexandria/Pineville, the Louisiana Life Marches are a chance for people of different denominations, ages, ethnicities and races to come together across lines that might normally separate them to unite in prayer and in the effort to push back on the U.S. Supreme Court decision in Roe v. Wade that legalized abortion in 1973.