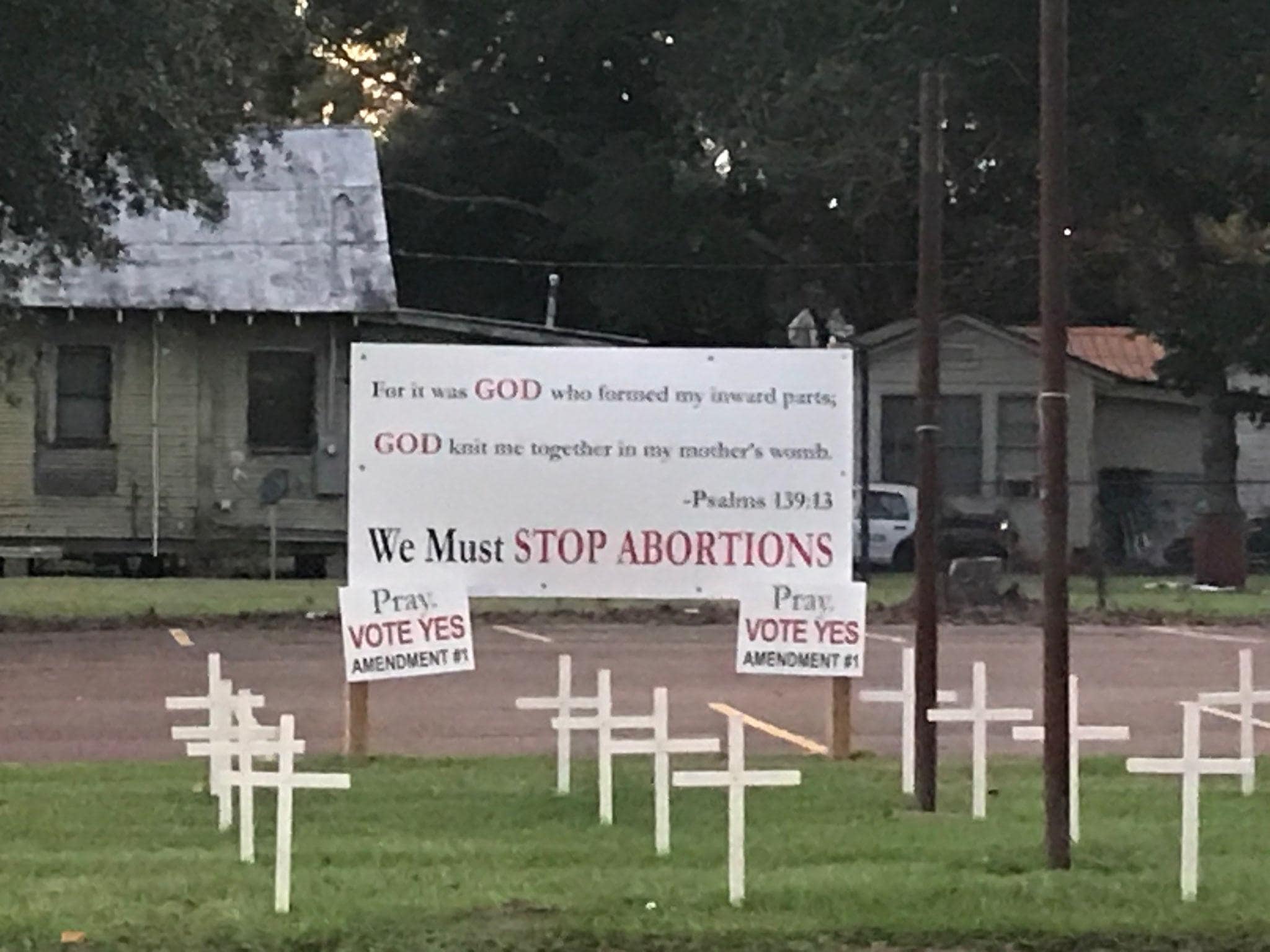 More than 100 crosses line a parking lot near First Baptist Church in Ferriday to show their love for life. Submitted photo

FERRIDAY, La. (LBM) – On the heels of a vote on an amendment that could protect pro-life laws in the state, First Baptist Church in Ferriday has erected 100 crosses on a nearby field to proclaim their love for the unborn.

Situated along a grassy area near the church, the crosses were placed there to bring attention to the importance of voting yes on Amendment #1, either during early voting or on Election Day, Nov. 3.

Known as the Love Life Amendment, the change to the state constitution is needed because of developments in 14 other states, where in each case a state court ruled that in the state constitution there was a right to abortion or the right to force the state to pay for abortions – but based on a creative interpretation of a general phrase or vague wording and not on anything that specifically stated such rights.

The crosses, which were placed in the ground Oct. 3, are expected to remain there until the election.

Church member Bill Beasley said members have placed the crosses on the grassy area for six years every January, when several pro-life marches take place in the state and around the nation. Beasley was moved to place them in the same vicinity after watching Christians take a stand for life and other biblical values during a Sept. 26 spiritual march on the National Mall in Washington, D.C., that was organized by Franklin Graham, president and CEO of the Billy Graham Evangelistic Association.

“The church must be the voice of the unborn,” Beasley told the Baptist Message. “We felt this was a peaceful way to do that.”

By Stewart Holloway PINEVILLE, La. - Recently, a former church member messaged me for prayer. The situation is devastating, and Rebecca and I are covering it in prayer. To be asked to join this individual in prayer as a former pastor and friend was a humbling blessing. Other than a social media comment here or … END_OF_DOCUMENT_TOKEN_TO_BE_REPLACED