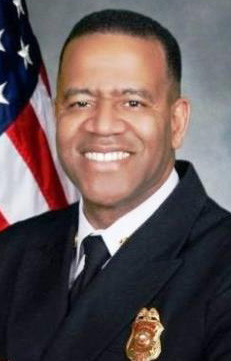 ATLANTA – A federal court ruled Dec. 16 that an Alliance Defending Freedom lawsuit filed on behalf of former Atlanta Fire Chief Kelvin Cochran will go forward against the city for unjustly firing him because of his religious beliefs.

While the court agreed to dismiss some claims, the court is allowing the lawsuit to go forward on Cochran’s primary claims of retaliation, discrimination based on his viewpoint, and the violation of his constitutionally protected freedoms of religion, association, and due process (firing without following proper procedure).

At oral arguments in October before the U.S. District Court for the Northern District of Georgia in Cochran v. City of Atlanta, ADF argued that the city’s arguments themselves confirm Cochran’s claim that the city fired him for holding and expressing religious beliefs city officials didn’t like.

“A religious or ideological test cannot be used to fire a public servant, but the city did exactly that, as the evidence and facts of this case clearly demonstrate,” said ADF Senior Counsel Kevin Theriot, who argued before the court. “We look forward to proceeding with this case because of the injustice against Chief Cochran, one of the most accomplished fire chiefs in the nation, but also because the city’s actions place every city employee in jeopardy who may hold to a belief that city officials don’t like.”

“Tolerance must apply to people of different viewpoints, not just those who agree with the beliefs the government prefers,” added ADF Senior Counsel David Cortman. “Americans don’t surrender their constitutionally protected freedoms when they become public servants.”

After activists who don’t agree with Cochran’s Christian views on sex and marriage complained about a brief mention of the topics in a 162-page book Cochran had written on his personal time, Mayor Kasim Reed suspended Cochran for 30 days without pay and announced that he would have to complete “sensitivity training.” Reed then fired him, even though a city investigation concluded that he did not discriminate against anyone. Public statements Reed and City Councilman Alex Wan made late last year confirm the truth about why the city fired Cochran.

“I want to be clear that the material in Chief Cochran’s book is not representative of my personal beliefs and is inconsistent with the administration’s work to make Atlanta a more welcoming city for all citizens…,” Reed said in November of last year to explain why he suspended Cochran.

Reed recounted in his 2014 State of the City Address that he “begged” Cochran to return to Atlanta in 2010 from his job as U.S. fire administrator in the Obama administration. Cochran agreed, and the city council confirmed him to serve a second time as the city’s fire chief, a job Cochran originally held from 2008 to 2009.

In 2012, Fire Chief Magazine named Cochran “Fire Chief of the Year.” In a city news release issued about the award, Reed thanked Cochran for his “pioneering efforts to improve performance and service within the Atlanta Fire Rescue Department,” applauded “Chief Cochran and all of Atlanta’s brave firefighters for the commitment to excellence shown throughout the department,” and recognized that Cochran’s “national recognition” as Fire Chief of the Year was “much-deserved.”