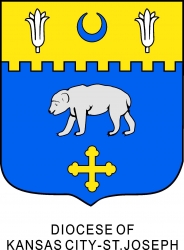 KANSAS CITY, Mo. – A Missouri court Tuesday rejected the primary claim of a former Catholic diocese ministry worker who sued the diocese for terminating her employment once leadership learned of her same-sex union.

The court ruled that the First Amendment’s guarantee of the free exercise of religion means the Catholic Diocese of Kansas City–St. Joseph is free to make its employment decisions without court interference. Alliance Defending Freedom attorneys representing the diocese filed a motion for summary judgment last year asking for this result.

“A church isn’t obligated to employ those who act contrary to the church’s teachings. The U.S. Supreme Court affirmed this as recently as four years ago,” said ADF Senior Counsel Erik Stanley. “The district court was on very firm constitutional ground to reject this attempt to drag the government into a church’s theological decisions – the very line the First Amendment says the government cannot cross.”

“If churches are forced to employ people who do not follow the religious teachings of those churches, the church will no longer be able to minister consistently or freely in accordance with its faith,” added ADF Legal Counsel Jeremiah Galus.

In July 2013, Colleen Simon began working as director for social ministries for St. Francis Xavier Parish in the Catholic Diocese of Kansas City–St. Joseph. The priest at St. Francis ended Simon’s employment in May 2014 after an article appeared in the Kansas City Star that described her as married to another woman. The diocese explained to Simon that her same-sex union “contradicts Church laws, discipline, and teaching and the diocesan Policy on Ethics and Integrity in Ministry.”

In its summary judgment order in Simon v. Catholic Diocese of Kansas City–St. Joseph, the Jackson County Circuit Court wrote that “although cloaked in the guise of ostensibly religiously-neutrally-applicable fraud claims, it can be fairly stated that [Simon]’s averments…come more manifestly frocked as employment discrimination claims against an ecclesiastical entity. Lest we dash our foot against the obdurate edifice of reversible error in stumbling to address what are here essentially religious questions, this Court shall instead rely on the Free Exercise Clause of the First Amendment to deprive it of subject-matter jurisdiction.” The court concluded that it is too soon to rule on two smaller claims in the lawsuit.

Jonathan Whitehead, one of more than 3,000 private attorneys allied with ADF, is local counsel and lead trial counsel on behalf of the diocese in the case.

By Joe McKeever Freely you have received; freely give. (Matthew 10:8) JACKSON, Miss. (BP) -- Dr. Watson was complimenting Sherlock Holmes on a brilliant observation no one else had noticed. "Of course," Holmes remarked. "It's what I do." Forgiveness and grace -- that's what we believers do. Here is … END_OF_DOCUMENT_TOKEN_TO_BE_REPLACED