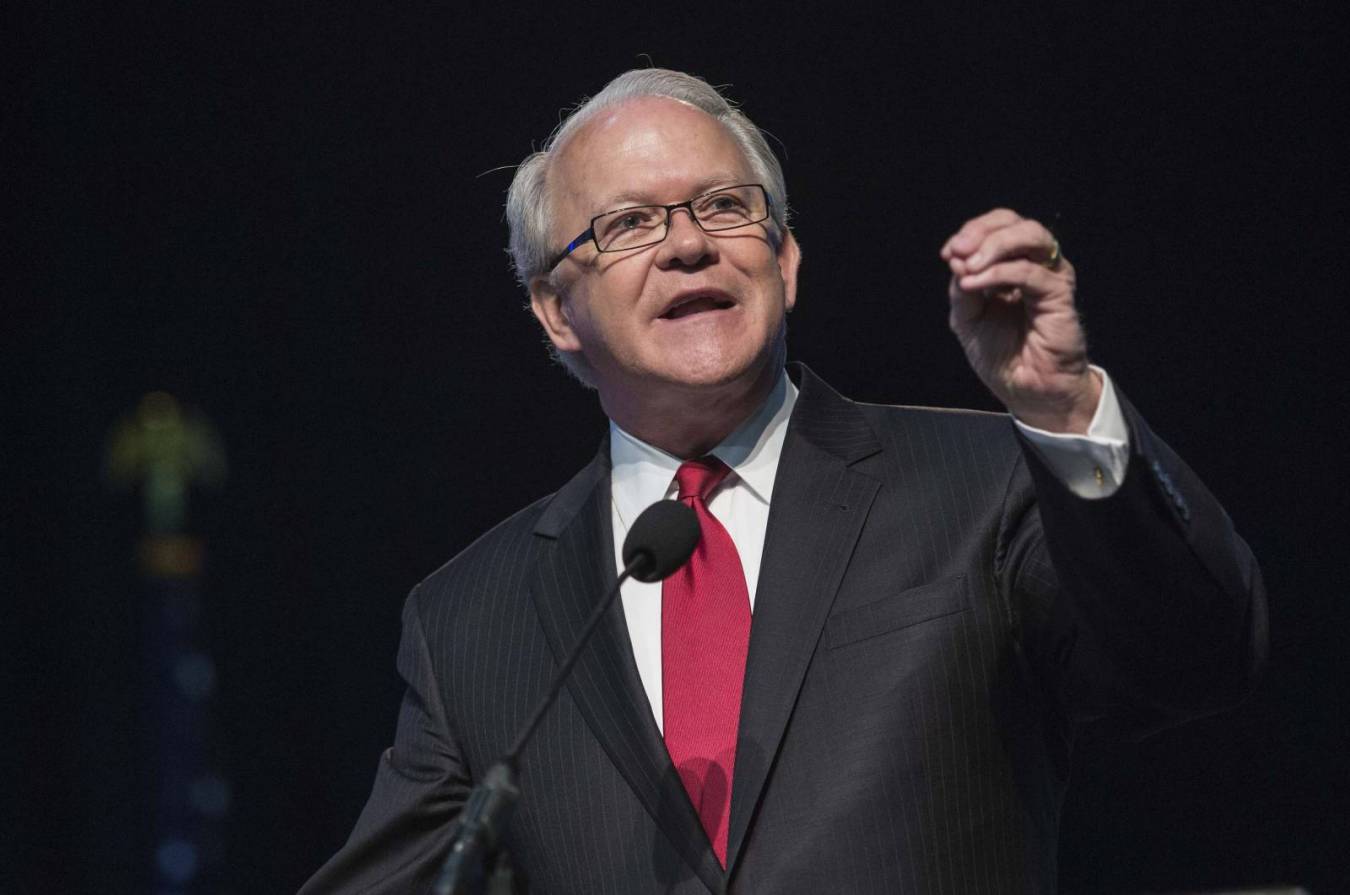 Frank S. Page, president and CEO of the SBC Executive Committee, gives a report during the first session of the Southern Baptist Convention annual meeting June 10, 2014, at the Baltimore Convention Center.

The year-to-date total represents money received by the Executive Committee by the close of the last business day of June and includes receipts from state conventions, churches and individuals for distribution according to the 2014-15 SBC Cooperative Program Allocation Budget.

According to the budget adopted by the SBC at its June 2014 annual meeting in Baltimore, if the Convention exceeds its annual budget goal of $188 million dollars, IMB’s share will go to 51 percent of any overage in Cooperative Program allocation budget receipts. Other ministry entities of the SBC will receive their adopted percentage amounts and the SBC operating budget’s portion will be reduced to 2.4 percent of any overage.

Designated giving of $176,306,998.94 for the same year-to-date period is 1.69 percent, or $2,933,477.57, above the $173,373,521.37 received at this point last year. This total includes only those gifts received and distributed by the Executive Committee and does not reflect designated gifts contributed directly to SBC entities. Designated contributions include the Lottie Moon Christmas Offering for International Missions, the Annie Armstrong Easter Offering for North American Missions, Southern Baptist Global Hunger Relief and other special gifts.

State conventions retain a portion of church contributions to the Cooperative Program to support work in their respective states and forward a percentage to Southern Baptist national and international causes. The percentage of distribution from the states is at the discretion of the messengers of each state convention through the adoption of the state convention’s annual budget.

CP allocation budget receipts received by the Executive Committee are reported monthly to the executives of the entities of the convention, to the state convention offices, to the state Baptist papers and are posted online at www.cpmissions.net/CPReports.

By Chuck Kelley Rarely does Hollywood contact a Southern Baptist seminary, but rarely is not never. One day location scouts for a major motion picture to be filmed in New Orleans called NOBTS and asked to tour the campus. They were looking for a place that with a bit of movie magic could be made to look like the … END_OF_DOCUMENT_TOKEN_TO_BE_REPLACED