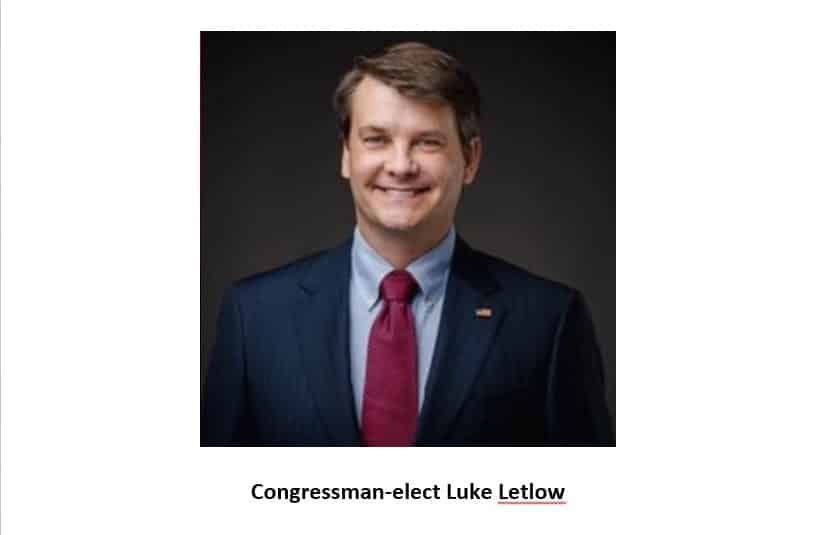 Letlow, 41, who leaves behind his wife, Julia, and two young children, announced on Dec. 18 he had tested positive for COVID-19. The following day Letlow was admitted to St. Francis Medical Center in Monroe and on Dec. 22 was transferred to the intensive care unit at Ochsner LSU Health Shreveport, where he remained at the time of his death.

Letlow recently won the 5th Congressional District seat to succeed Ralph Abraham, who is retiring from Congress. Letlow had served as Abraham’s chief of staff.

“The family appreciates the numerous prayers and support over the past days but asks for privacy during this difficult and unexpected time,” Bautsch said in a statement. “A statement from the family along with funeral arrangements will be announced at a later time.”

Gov. John Bel Edwards announced that flags would be flown at half staff on the day of Letlow’s funeral.

“It is with heavy hearts that Donna and I offer our condolences to Congressman-elect Luke Letlow’s family on his passing after a battle with COVID-19,” Edwards said in a statement. “Congressman-elect Letlow felt a calling from a young age to serve the people of his home state, working behind the scenes for former Governor Bobby Jindal and serving as chief of staff to Congressman Ralph Abraham, who he was recently elected to succeed.

“COVID-19 has taken Congressman-elect Letlow from us far too soon. I am heartbroken that he will not be able to serve our people as a U.S. Representative, but I am even more devastated for his loving family. I hope all of the people of Louisiana will join Donna and me in praying for Congressman-elect Letlow’s family, especially his wife Julia and their two children, his many friends, and the people of the 5th Congressional District.

“Louisiana has lost more than 7,300 people to COVID-19 since March, and each one of them leaves a tremendous hole in our state.

“I have ordered flags to be flown at half-staff on the day of Congressman-elect Letlow’s funeral.”

“We are devastated to hear of Luke Letlow’s passing. Luke had such a positive spirit, and a tremendously bright future ahead of him. He was looking forward to serving the people of Louisiana in Congress, and we were excited to welcome him to our delegation where he was ready to make an even greater impact on our state and our Nation. More than anything, Luke was a loving husband, father, brother, and son, and his family – like so many others who have been affected by this evil disease – needs our prayers.  “We all join in sending our strongest support to Luke’s wife Julia and their young family, and are keeping them in our prayers.”

By Joe McKeever “‘…your ways are not my ways,’ saith the Lord.”  (Isaiah 55:8) Keep an eye on how the Lord works in your life. You might learn something useful for the next time He wants to use you. This little couplet seems to sum up 90 percent of what Scripture and life teach us concerning the operation … END_OF_DOCUMENT_TOKEN_TO_BE_REPLACED