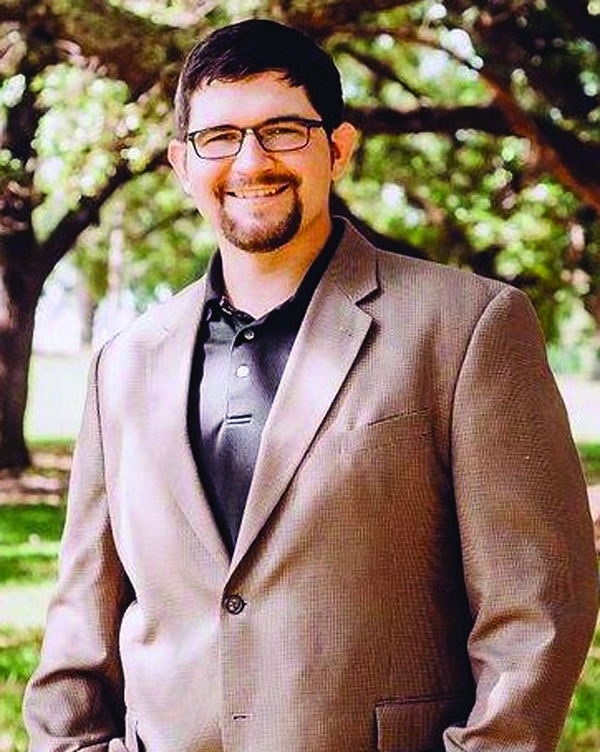 HAUGHTON, La. (LBM) –Luke Hockenjos was on a collision course with death until the Holy Spirit intervened and prevented him from killing another man at the end of a high-speed chase near Ruston on Nov. 2, 2014.

“I had the nose of his truck on the other driver’s side and was going to push him over the guardrail on the interstate and in the process kill myself,” Hockenjos told the Baptist Message. “God intervenes at the perfect moment because He’s a perfect God.

“I heard, ‘This is not the plan I have for you, it’s time for you to go.’ So, I put my truck in reverse, got out of there and a few hours later I stopped using drugs and surrendered it all, he recounted. “I told God I would do whatever He wanted me to do.

“I went to places and people who had seen me live that false lifestyle and I confessed my sins to all of them,” he continued. “I traveled wherever God led me, which was all over the place.”

Hockenjos will speak during the Jan. 27 evening session of the 2020 Louisiana Baptist Convention Evangelism Conference at First Baptist Church in Lafayette, as part of a two-day program of speakers.

The musical lineup will include Jason Lovins Band, a Christian contemporary band from Ashland, Kentucky; and Veritas, a quartet from Franklin, Tennessee.

The day after the road rage incident, Hockenjos began the first leg of a two-week road trip that took him to cities as far away as Memphis, Tennessee, and Chicago, Illinois. Most stops were not planned ahead of time, but guided by the Holy Spirit, he said.

Hockenjos’s first stop was Broadmoor Baptist Church in Shreveport, where he reunited with Herb Armentrout, who served as director of the Louisiana Baptist All-State Youth Choir that Hockenjos was a member of in high school.

“I told him I shared a false testimony when I sang with the group because I was not even a believer,” he said. “It’s amazing how God put him there when I just happened to drive by the church and felt led to stop in. I was now sober and full with the joy of the Lord. I told him I was going to travel the world and share the Gospel.”

Armentrout gifted him some money to purchase gasoline, which he used to travel to Natchitoches and apologized to Corwyn Aldredge, who coached him when he was a member of the Cedar Creek High School football team in Ruston.

“I told him I was sorry for not being who I should have been on the team, putting my efforts, instead, into destructive habits like alcohol and drugs,” he recalled. “He gave me a hamburger and I was ready to continue my journey to Memphis.”

After stopping momentarily in Ruston to pick up a suitcase at his mother’s home, Hockenjos traveled to Bellevue Baptist Church in Cordova, Tennessee, one of the churches where he sang with Armentrout’s group.

While there, a minister opened the Bible Hockenjos’s mother had given him several years before and directed him to 2 Corinthians 5:17: “Therefore, if anyone is in Christ, the new creation has come: The old has gone, the new is here!”

“He showed me that verse in the very same Bible my praying mother had given me when I was strung out on meth,” he said. “It really hit home what Christ had done for me, and that I was a new creation and my old life was dead.”

Armed with a full tank of gas and a food voucher, courtesy of Bellevue Baptist, Hockenjos ventured farther north until he stopped to refuel his truck in St. Louis, Missouri.

“On the door at the gas station they had a sign that said, ‘Now taking applications for snow shoveling,’” he recalled.  “I remember thinking ‘I’m from Louisiana, we don’t do snow. God, get me away from here.’”

Immediately, Hockenjos performed an internet search of the largest 100 churches in America and felt led by the Holy Spirit to travel to Willow Creek Community Church in Chicago, ranked No. 7 on the list at the time. When Hockenjos arrived at the church, he learned they were hosting a Celebration Recovery meeting later that evening. The Christ-centered Celebrate Recovery ministry, modeled after Alcoholics Anonymous, encourages individuals to break the chains of bondage to alcoholism, drug use and other addictions and dysfunctional behaviors.

During the Celebrate Recovery meeting, Hockenjos said the Holy Spirit directed him to attend a Casting Crowns concert at their tour stop with the First Baptist Church in Woodstock, Georgia. Hockenjos arrived in the arena with the song “Overcomer” playing in the background.

“Hearing ‘Overcomer’ brought it home that what happened to me recently was real,” he said. “I had overcome that which Satan was chaining me to. For the next week I became a Casting Crowns groupie, and followed them to several concert stops. Along the way  I stopped to share my story about what God had done.”

Hockenjos finally made it back to Ruston on Nov. 23, 2014, and preached his first sermon at Unity Baptist Church in Oak Grove.

“I was nervous and called my uncle and he said, ‘Son if you just give them Jesus, he will give you the rest,” he said. “It was at that moment that it took off. Through God’s faithfulness it will be five years, three months of being free from bondage to a lifestyle of sin.

“Looking back on my journey, God provided what I needed when I needed it,” he said. “To this day I have been in full time ministry. I have never missed a bill.”

Hockenjos said his life of evangelism would not be possible without the support of his wife, Olivia, who he married Feb. 24, 2018. They are members of the First Baptist Church in Haughton.

“In my life, Jesus and my wife are top priorities,” he said. “She supports me. The greatest thing about having her is she supports me but keeps me humble too. I’m on the road a lot. It would be hard to have a wife who was against what God has called me to do. She frees me up and allows me to do things, knowing that no matter what I would not put the ministry above her. I have such a wonderful life now and am blessed that God allows me to share the hope I found in Him with others, for His glory.”

By John Hebert, Louisiana Baptist missions and ministry team leader ALEXANDRIA, LA. (LBM)--Do you know what Winston Churchill, Bill Gates, Walt Disney, and Colonel Sanders have in common? It has nothing to do with their fame or notoriety, I would suggest. Instead, it is the trait that I contend was the cause of … END_OF_DOCUMENT_TOKEN_TO_BE_REPLACED