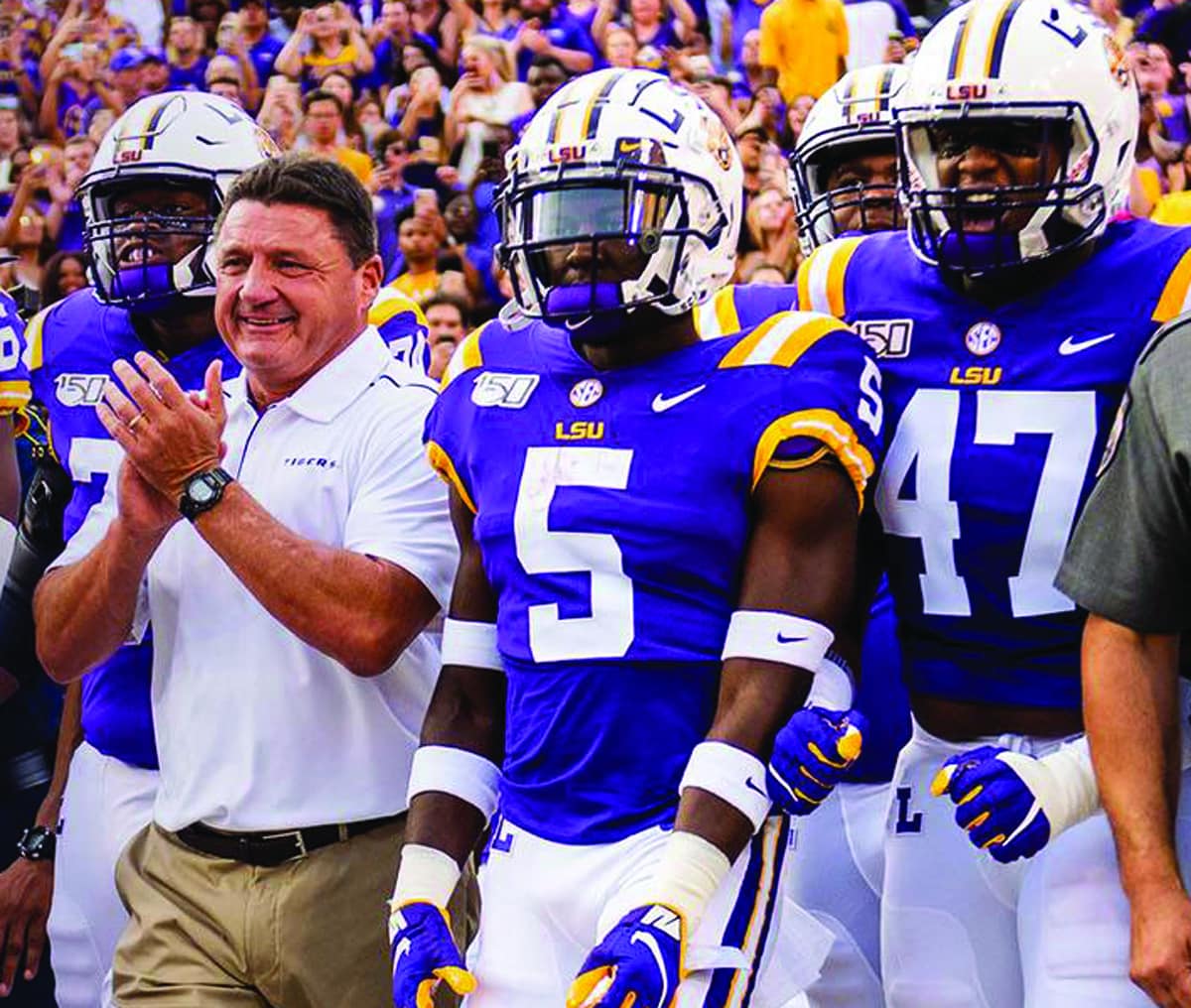 BATON ROUGE, La. (LBM)—LSU football Coach Ed Orgeron is lifting spirits on the field and off it.

Fans and analysts are exuberant about game plan changes Orgeron has made, creating a highly effective air strike offense that has lifted the hopes of the Tiger Nation for an undefeated season.

But Ken Ellis, team Chaplain, and Andy Stroup, greater Baton Rouge area director for the Fellowship of Christian Athletes, also praised “Coach O” for what he has done off the field, too.

Ellis, a former NFL Pro Bowl defensive back who serves as an associate pastor with Bethany World Prayer Center in Baton Rouge, lauded Orgeron for placing a high priority on the spiritual character of the players.

“It starts with Coach O,” he said regarding the spiritual attitude in the locker room. “He attends all the chapel services. He doesn’t miss any. He’s there and shows how much he appreciates it. He also reaches out to me to pray after each game.

“He leads by example,” Ellis told the Baptist Message.

Stroup, who played LSU football in the late 1990s, echoed Ellis regarding Orgeron’s “passion for God.”

“He really does care about those kids, their spiritual condition,” Stroup shared. “He just wants those kids to know Jesus.

He added that many on Coach Orgeron’s staff are active in Bible studies, too, as well the coaches’ wives.

“It’s just really, really fun to have a coach who cares so much. He cares about them as young men and what kind of men they are going to be.”

The Fighting Tigers have six Southeastern Conference contests still on the schedule, taking on #11 Auburn on Oct. 26 and #1 Alabama on Nov. 9.

By David Jeremiah EL CAJON, Calif. (BP) - Something strange happens to the psyche of a nation in difficult times. The downtrodden begin to resent government and wealthy corporations and individuals, seeing them as out of touch with, if not the cause of, their plight. Desperation can lead to a reversal of … END_OF_DOCUMENT_TOKEN_TO_BE_REPLACED