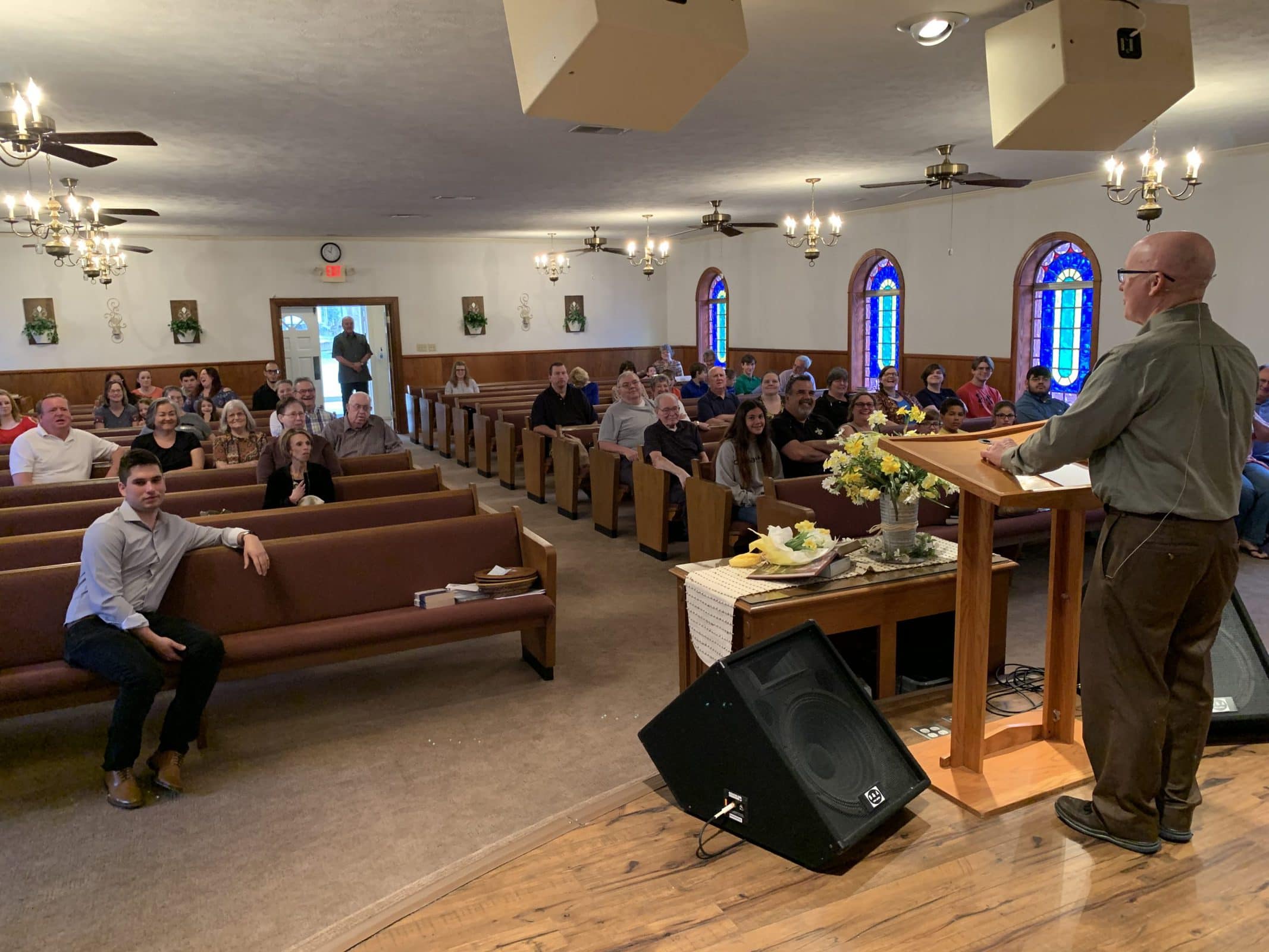 ALEXANDRIA, La. (LBM) — Amid event cancellations, school closures and bans on meetings of more than 250 people statewide in the wake of Coronavirus 2019, COVID-19, Louisiana Baptist churches moved ahead with worship services Sunday, March 15.

Some churches employed social media to broadcast services, many preceded with normal operations and others added services to accommodate enough worshipers that would allow them to comply with Governor John Bel Edwards’ proclamation issued March 13. Edwards mandated that all events of more than 250 people in attendance temporarily were halted to protect the health and safety of Louisiana’s citizens. He also ordered all public schools closed from March 16 to April 13, and reduced face-to-face public interaction at state government buildings.

Churches also joined other churches across the Southern Baptist for a dedicated day of prayer for the situation.

Bonita Road Baptist Church, which averages 400 people on Sundays, held worship services simultaneously at two locations on its main campus in Log Cabin so it would not exceed the limit on meetings of more than 250 people, Pastor Casey Johnson told the Baptist Message. The church’s campus in Mer Rouge, where 100 people usually worship on Sundays, did not alter its service schedule.

The church also streamed the worship service on its Facebook page and reminded viewers they could utilize the online giving option for tithes and offerings. Like many other churches, Bonita Road Baptist added hand washing stations around campus.

“Our people are very gracious and flexible, so it was not much of a transition for them,” Johnson said. “It was just two years ago were were doing two services at Log Cabin anyway, so we’re not too far removed from that adversity.”

First Baptist Church in Rayville, which draws between 300 and 400 on Sundays, held two services and directed members to attend a specified worship time based on their Sunday school class. The church also employed Facebook to broadcast the services.

“First Baptist is complying with the governor’s proclamation in hopes that we can help stop the spread of the virus,” Pastor Eddie Wren said. “But we want to allow our people to come together in worship on campus and so we will have multiple services to accomplish that and still stay under 250.

“Though the church must make some adjustments, this is actually a wonderful time to share the Gospel, as many people are thinking about their own mortality and future,” he said. “As Hebrews 10:22-25 tell us we must draw near to God, hold fast to our confession of hope without wavering and consider how to encourage others as we press on after Christ.”

New Chapel Hill Baptist in West Monroe, which averages around 300 for its morning worship service on Sundays, added another service not only to fall within the governor’s attendance mandate but to lessen the physical contact between those attending.

“I believe we need to respect the virus but not live in fear of it,” Pastor Marty Black said. “We need to take precautions where we can. What an opportunity for us to be a light for CHrist. Many are concerned about tomorrow. We have the opportunity to tell people about the One who holds tomorrow in His hands.”

While Ebenezer Baptist Church in Hammond, with a worship attendance of between 50 and 60, did not alter its schedule, they chose to focus on prayer.

“With the current health crisis and President Trump’s call for a day of prayer, we knew that we would join in the emphasis,” Transitional Pastor Ken Schroeder said. “We prayed for the health crisis to come to quick conclusion, for breakthroughs to occur through the research, and especially for a moving of the Holy Spirit among God’s people. We also prayed for the health and wisdom for the president and for those who advise him.”

The Bayou Church in Lafayette opted not to hold services inside its worship center but instead streamed its services on its website and through Facebook.

Pastor Sean Walker said in his online message not to worry but instead remember God is in control.

Clark Palmer, pastor of Faith Baptist Church in Tioga which averages 85 on Sunday mornings, stressed in his message, based off 1 Corinthians 12:12-31, that gathering with a community of believers was important, whether it be inside a worship center and at home watching services online.

First Baptist Church in Broussard did not change its schedule, but saw someone accept Christ during their service. Nearly 150 attend its worship services.

Pastor Weldon Moak said at the conclusion of his message about hope found in Jesus, a children’s ministry volunteer came forward to profess his faith in the Lord. The new convert plans to be baptized Easter Sunday.

“It is truly refreshing and encouraging to see God working in people even in times that are difficult and distracting,” Moak said. “With the combination of the oil economy downturn in the area and our financial challenges at church in addition to the coronavirus pandemic, it has been a real positive for the church to be a bright spot for something that helps us see that even in difficult times something good can still happen. And as a pastor it is encouraging to me to see that if we remain faithful to God He will do more than we can imagine.”

By Steve Horn ALEXANDRIA, (LBM)--You might be tired of hearing that we are living in unprecedented days, and, of listening to endless reports about the crisis, quarantine, social distancing, stay-at-home orders, and flattening the curve. I know I am. So, how about some good news? Our churches are … END_OF_DOCUMENT_TOKEN_TO_BE_REPLACED