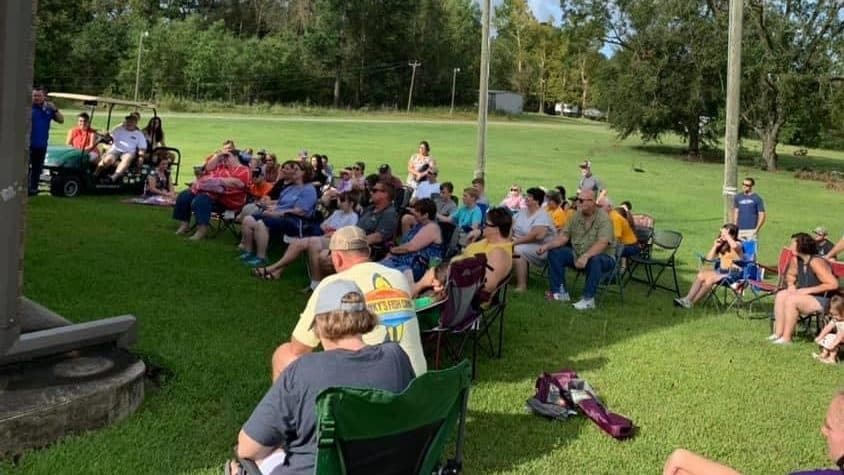 CALCASIEU PARISH, La. (LBM) — Louisiana Baptist churches damaged by Hurricane Laura may not have been able to gather in their worship centers on Sunday, but the powerful storm did not prevent them from meeting in other ways.

In an emotional Facebook Live message, from inside French Corner Baptist Church in Ponchatoula, Pastor Bobby Daniels told his members of the First Baptist Church, Vinton, that God is in control. The church’s facilities sustained significant roof damage and took in some water as Laura passed through Vinton Thursday.

Citing 1 Kings 19, Daniels said the prophet Elijah was afraid and ran, only to find that God was with him in a still, small voice.

He encouraged his congregation to listen to God and act upon His leading in the weeks and months ahead.

“Our faith is going to be pushed to the edge,” he continued. “But we are going to get through this.” 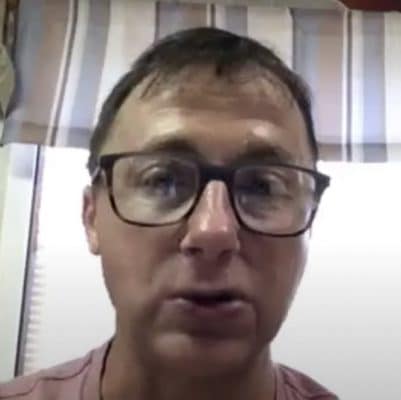 Around 40 members of the East Leesville Baptist Church gathered for an outdoor worship service on the front lawn. The congregation was unable to meet indoors because of some water damage. The campus also had some wires down on campus, but it is still able to serve as a host site for Louisiana Baptist Disaster Relief operations that begin next week.

Pastor Tommy Kiker encouraged his members to wash others’ feet in the community as Jesus did in John 13.

“It was such an encouragement to my heart to see my church here for worship,” Kiker said. “(Louisiana Baptists Executive Director) Steve Horn was here with us and was such a great encouragement to each and everyone of us as we joined together a few days after the storm.”

Pastor Michael Linton shared his message through a Facebook Live broadcast from inside the First Baptist Church, Sulphur, worship center that had damage to its roof, ceiling and a stained glass window.

Linton said the building does not define First Baptist Church, but that the congregation does, and he charged them to show Christ’s love to the community.

By Tim Patrick DERIDDER, La. – Many of you know we lost our oldest son in October. David was an IMB (Southern Baptist) missionary. His death gives me an inside view that many of you do not possess. This year, that view carries greater weight than ever. I share this view with you so that (hopefully) you will … END_OF_DOCUMENT_TOKEN_TO_BE_REPLACED