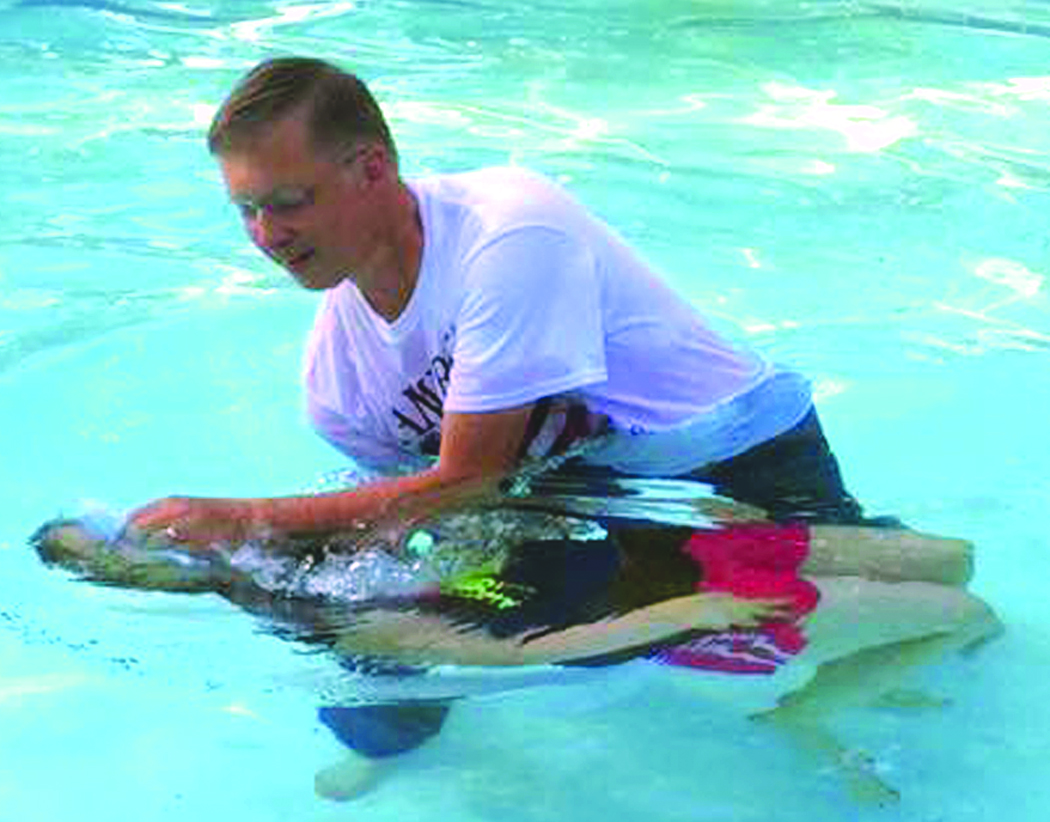 CHOUDRANT – Megan and Joshua Passon have spent many hours in a swimming pool on a hot summer evening, but on this particular night a dip in the water was extra special.

Standing in front of one another and dozens of friends, the husband and wife were baptized along with 11 others from Longstraw Baptist Church. The 13 new believers, ranging in age from 7 to 72 years old were baptized in pairs Sunday evening of Memorial Day weekend.

Megan Passon said her baptism represented a public declaration of her faith in Christ, and added that being baptized with her husband was special because their marriage had been restored only several months before.

“Being baptized in the pool with everyone was really cool,” Passon said. “Everyone was gathered all around us and I believe I can speak for everyone when I say that you could feel so much love surrounding all of us.

“Having a relationship with the Lord is now top priority in my life,” she continued. “I have found that even in the chaos of everyday life, there is now a sense of joy and peace that I have; that joy and peace came from my Lord and Savior.”

The service marked the highest number of baptisms for the church in a single day since Larry Emory became pastor in 2006.

Emory said a catalyst for the increase was the book “The Desperate Church” – which he became familiar with during the Louisiana Baptist Convention Evangelism Conference.

As he began reading the book written by LBC Evangelism Associate Keith Manuel, Emory said he realized his church could change and experience renewal, but only if members became desperate for God and completely surrendered to Him.

Emory recalled how Manuel said a church must choose “the right wave” to get on and ride all the way to the beach, and after prayer he sensed for Longstraw Baptist Church that wave was its children’s program. 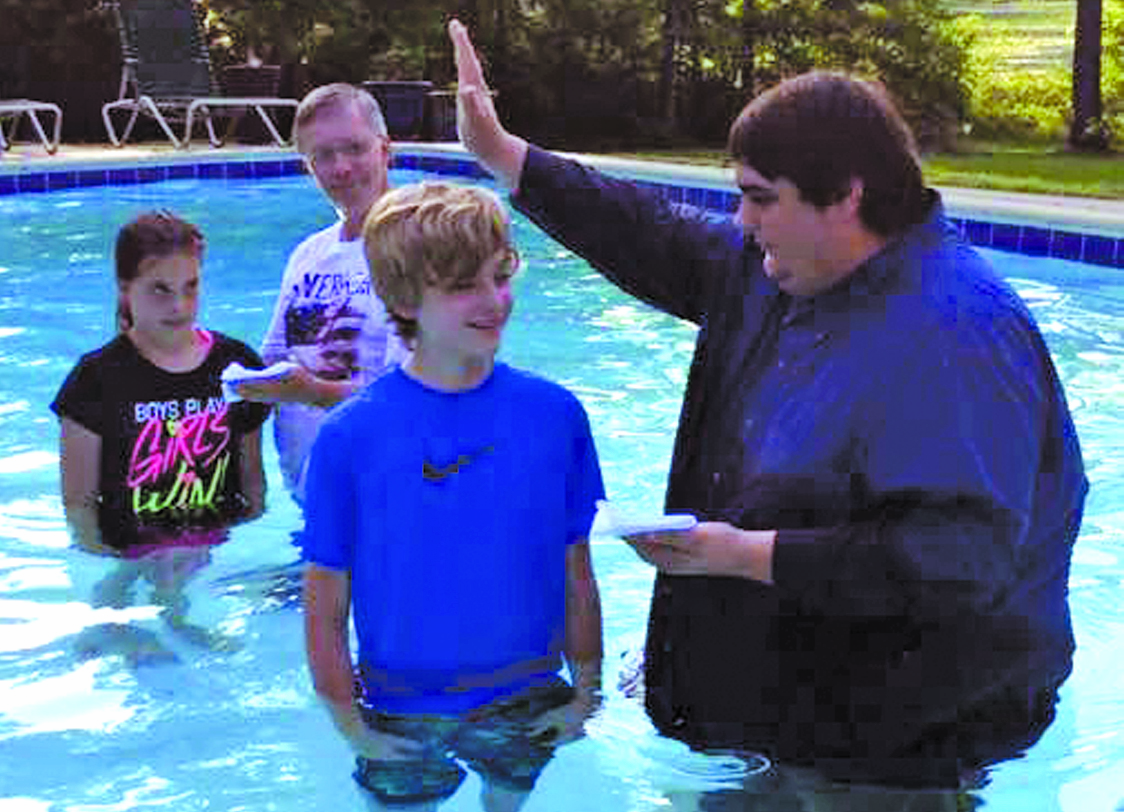 Longstraw Baptist Church Youth Minister Connor Evans (far right) prepares to baptize a youngster during a special baptism service inside a pool. Pastor Larry Emory looks on, as he baptizes a youth as well.

Last summer, 68 children had attended the largest Vacation Bible School in church history, and the congregation decided to offer to pick up the youngsters by van for services.

By March of this year, drivers were picking up children on three routes for Wednesday evening activities, and the church started to search for an additional vehicle to accommodate the growth.

In April the church held a revival and many of those same kids brought their parents to attend.

Emory said seeds planted in 2015 produced a harvest this year with 22 of the new folks becoming children of God, including three parents of the children who started attending Wednesday services.

Attendance across the board has increased, Emory said, with Sunday morning services expanding from 65 to 80 worshipers in a year, and turnout for Wednesday night activities more than doubling from 30 to 65 participants during the same period.

Emory believes a second wave of baptisms will occur by the end of this summer, trusting God will again bless the church’s Vacation Bible School efforts.

Heather Council-Hyatt was thankful for the added investment Longstraw Baptist has made in the lives of children. Her nine-year-old daughter Mia was one of the new believers who were baptized during the holiday pool ceremony.

“Watching Brother Larry dunk her in the water and then bring her back up took me back to the first time I ever laid eyes on her,” she said. “She was being born all over again. Mia loves going to church, and loves the Lord! She continues to amaze us on a daily basis.”

“It’s been fun and all I’ve tried to do is stay out of God’s way,” he said. “I see what He’s doing and jump in there and work with Him.”

For churches that realize their need for revitalization, Manuel advises they follow Longstraw Baptist’s example and find the “wave” God has sent their way already.

“There are opportunities where the giftedness of a congregation intersects with needs in community,” Manuel said. “For Longstraw, this opportunity was in their weekly Children’s Ministry. They simply identified a wave of opportunity the Lord already sent their way and intentionally focused on reaching these children with the Gospel.”

Even though Longstraw Baptist has experienced tremendous growth in just a few months, the congregation knows God is just beginning a great movement at the church that is celebrating a new life, Emory said.

“I stress that we will go and give to world missions and state missions and national missions, but we live in a mission field,” he continued. “All you have to do is drive down a road, where in a three-mile radius there are 225 homes and most of those are unchurched people. We are living in a mission field. And we are reaching it one child, one person at a time.”

By Lane Corley MADISONVILLE, La. - In Luke 15, Jesus gives us a glimpse of the Father’s heart for the lost. 1. Those far from God liked Jesus and he liked them (verse 1). Is that true of me? When was the last time someone far from God approached me? Am I available to them? Building relationships with … END_OF_DOCUMENT_TOKEN_TO_BE_REPLACED