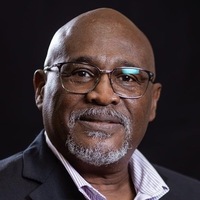 Born in Franklin, Guy in 2016 started Unity One Baptist Church in his hometown. According to the Annual Church Profile, Unity One grew from 53 in worship attendance by the end of 2016 to 70 in 2019. Guy baptized 52 new converts during his time at Unity One Baptist, including a high of 35 in 2017.

Though he continued to serve as pastor of Unity One Baptist, he recently started Unity Two Baptist in Morgan City. Additionally, he was moderator of Gulf Coast Baptist Association.

When he was not serving as pastor, Guy worked as purchasing agent for the City of Franklin.

He was a graduate of Grambling State University and later attended New Orleans Baptist Theological Seminary, where he earned a master of arts in pastoral ministry.

Friends may post online messages of condolence for the Guy family by visiting mkdixonfh.com.

By Steve Horn ALEXANDRIA, La. (LBC) - This year has brought about more challenges and cancellations than any of us care to recount. For those meetings and events that were scheduled, more times than not, they happened virtually rather than in person. This has been true for us as Louisiana … END_OF_DOCUMENT_TOKEN_TO_BE_REPLACED