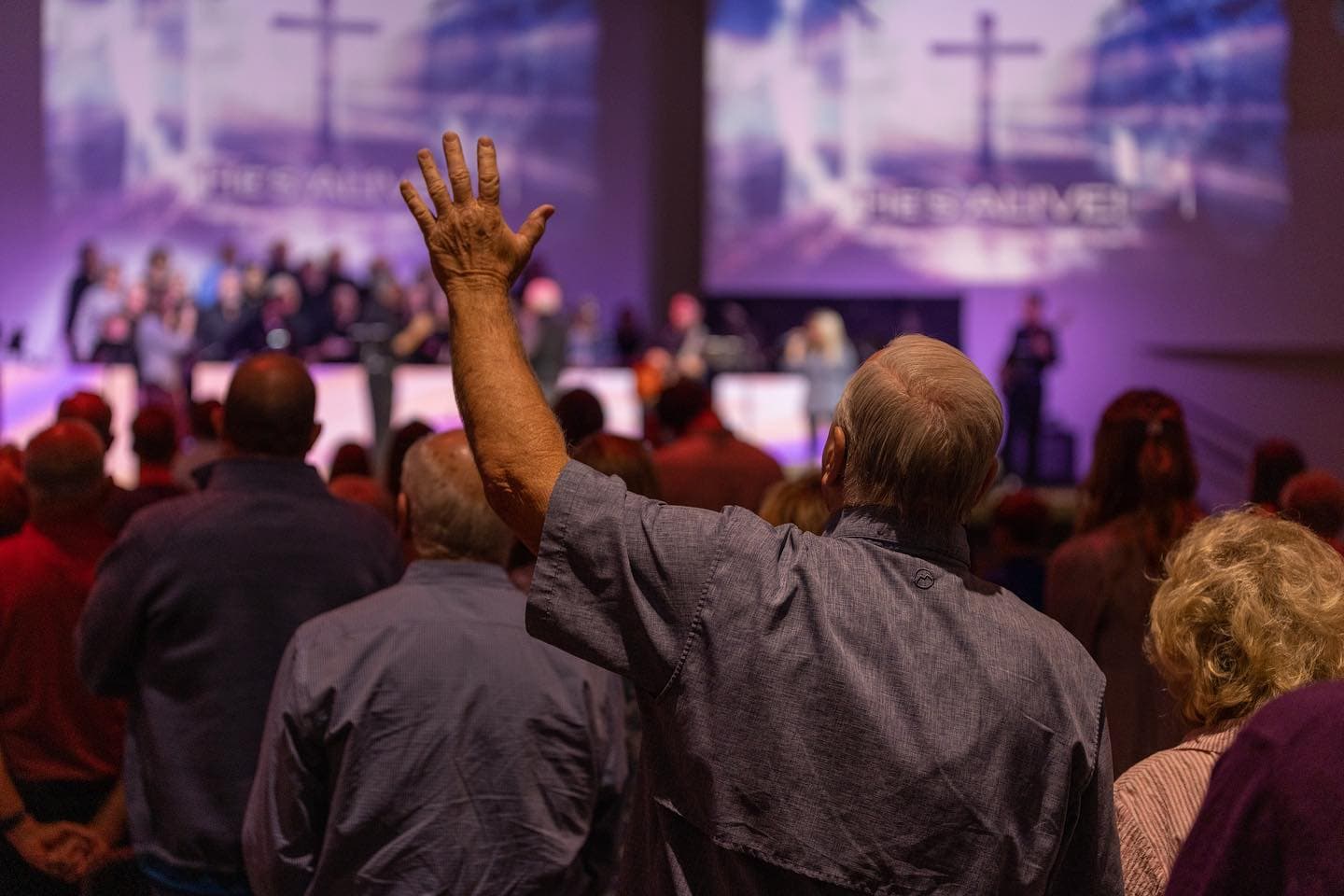 In 2020, Luter preached to an online only crowd from inside a nearly vacant worship center on Easter. But for Resurrection Day 2021 Luter shared his Easter message to 800 people (limited by New Orleans’ social distancing restrictions), the most since COVID-19 attendance restrictions shut down in-person services in late March 2020. Luter’s son, Chip, who recently became associate pastor, preached at the second service to another crowd of 800.

“It was like opening presents on Christmas morning,” the senior Luter said. “I looked at the people in the room and told them it was good to see them, especially those who had not been here in more than a year. While we have learned this past year that you can never count on tomorrow, I am anticipating and praying that we will continue moving forward closer to what we knew was normal. We are trusting God to see us through this.”

Fortunately, churches outside New Orleans did not face capacity restrictions, and across the state there were reports of similar boosts in attendance on Easter Sunday. 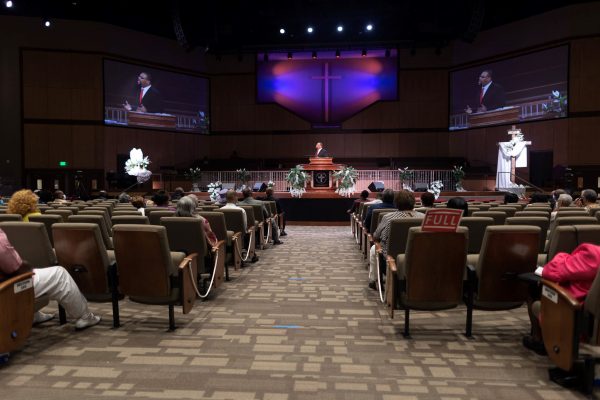 Louisiana Baptist Executive Director Steve Horn shared an Easter message to 49 people at First Baptist Church in New Iberia, which recorded its highest attendance in more than a year.

He shared the message “Death, where is your victory,” based off 1 Corinthians 15. Horn said the church still is grieving the loss of Pastor Ed Downs, who died in November from COVID-19 related complications.

“I would describe the service as somewhat subdued and reflective in light of what has occurred in their church, but certainly also hopeful,” Horn said. “There was a genuine sense that our God is faithful and rejoicing in the resurrection.

“Others have asked me whether I’m concerned that people, having been out of church for so long, will come back,” he continued. “I’m honestly not concerned about that. In fact, I think the opposite is true. I believe that our best days are ahead of us if we as the church will capitalize in these next weeks, have great summers with camps and Bible Schools, and then be ready for the beginning of the start of a new school year in August.”

Trinity Baptist Church in Lake Charles, which endured the pandemic and significant damage to its facilities from Hurricanes Laura and Delta, drew 2,000 people combined for five worship services — its highest attended Sunday since the fall of 2019.

Executive Pastor Rick Ellis said Easter served as a reminder that hope is found in Christ.

“It was refreshing to see so many people back on campus with many new faces,” he said. “Easter Sunday became a turning point for many people. They were using it as a comeback Sunday.

Meanwhile, First Baptist Blanchard had 53 attend its first worship service and another 290 for the second service. While the church did not see an increase in the first service, the later one nearly doubled in its average attendance of 150.

Associate Pastor Dale Sauls said many members who had been cautious about attending in-person services since the onset of the pandemic recently have become more comfortable returning. He is optimistic the trend will continue in the ensuing months.

“It was very exciting to see more of our members returning to in-person worship services even though we continue to live stream our service,” Sauls said. “It was great to see a large number of guests too. God is working.”

For its part, Summerfield Baptist Church in Colfax reported an attendance of 51, an increase from its average of 30 and the most the church has seen for any Sunday service in five years. Pastor Jeremy Brister attributed that to such recent outreaches as the utilization of the Bless Every Home, a computer-based program for targeting neighborhoods with prayer. For the last four weeks, members have received a daily email containing names (heads of household) and addresses for five neighboring houses as a reminder to pray for the salvation of members of that home. Members also sent cards to those households to encourage them.

“Bless Every Home is personal, but it’s also a way we can introduce ourselves without being intrusive,” Brister said. “I guess a year where we endured COVID was enough for people to return to some kind of normalcy,” he said. “The service was fun and even encouraging as we saw how God is working within such a small church within a small community. There’s a lot of opportunities to reach people, and it’s good to start seeing some of the fruit of what God is doing.”

Mount Carmel Baptist Church in Florien had 190 people combined attend two services, an increase from its average of 120-140 and slightly more than the 180 who came for Easter in 2019.

“Because of God’s grace, we are stronger now than before COVID-19,” Warren said. “I think so many came out because they wanted to celebrate the Resurrection and how God has been working this previous year.”

Redeemed Life Fellowship, a church plant in Patterson, had 31 attend a preview service on Easter. The congregation not only celebrated a risen Savior but remembered how God guided them as they started the church. Pastor Ronnie Mabile said that two families joined on Easter who were former members of Calumet Baptist Church, a congregation that disbanded three years ago and whose building houses Redeemed Life Fellowship.

“We used Easter to let the community know that we are here to serve them and to make disciples to all nations,” Mabile said. “We are praying that Easter is the catapult we need as a church body to make an impact. It was truly uplifting as it’s a new beginning.”

By Don F. Mabry ALEXANDRIA, La. (LBM)-- The number of churches in our country constantly is changing and it is very difficult to acquire information from the various denominations, but estimates indicate that there are 330,000 Christian churches and congregations in the United States today. But the question … END_OF_DOCUMENT_TOKEN_TO_BE_REPLACED