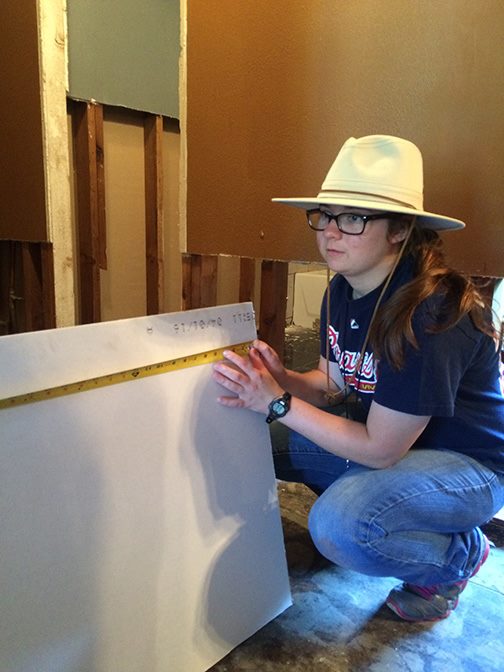 The Louisiana summer humidity hasn’t stopped hundreds of students from coming to the state to help rebuild homes in the name of Jesus.

The youth, who are part of World Changers, have projects across the state in which they repair houses, paint the outside walls of homes, complete landscaping and build wheelchair ramps. By the time they leave, the students have made sure to put hours of sweat equity into the home and shown Jesus’ love to the homeowner.

“I have noticed so much selflessness,” said World Changers spokesperson Trace Lee. “The students understand they are here to bless others and serve them the best they can.”

Already this month, teams have served in Covington and Ponchatoula with Baton Rouge and New Orleans next on their list.

During the first two projects, the teams have shared the gospel 130 times, gave out 21 Bibles and led eight people to Christ. 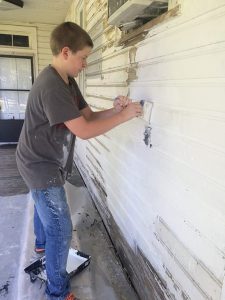 But Louisiana isn’t the only recipient to World Changers as the youth are spread out all across the United States. Middle school, high school and college students are working together on similar construction projects.

Established in 1990 by what today is the Southern Baptist Convention’s North American Mission Board, the program was designed to involve students in construction projects in needy parts of cities. When World Changers began, the goal was to change the way Southern Baptists approach mission education, to get students out of the classroom and into a hands-on mission experience.

Kailee Smith, a sophomore at Liberty University and a member of Mulberry Springs Baptist Church in Hallsville, Texas, worked with other students to build a wheelchair ramp for a homeowner in Ponchatoula last week.

She called the experience eye-opening.

“While we have been working physically, God has been working in me spiritually,” Smith said. “My eyes have been opened to what God has in store for me after this. I wanted to teach but now I am thinking I want to change my degree to architecture to travel and build for people who don’t have the means or ability to do things for themselves. God is speaking to me about what I have been created to do.”

By Lane Corley MADISONVILLE, La. - In Luke 15, Jesus gives us a glimpse of the Father’s heart for the lost. 1. Those far from God liked Jesus and he liked them (verse 1). Is that true of me? When was the last time someone far from God approached me? Am I available to them? Building relationships with … END_OF_DOCUMENT_TOKEN_TO_BE_REPLACED