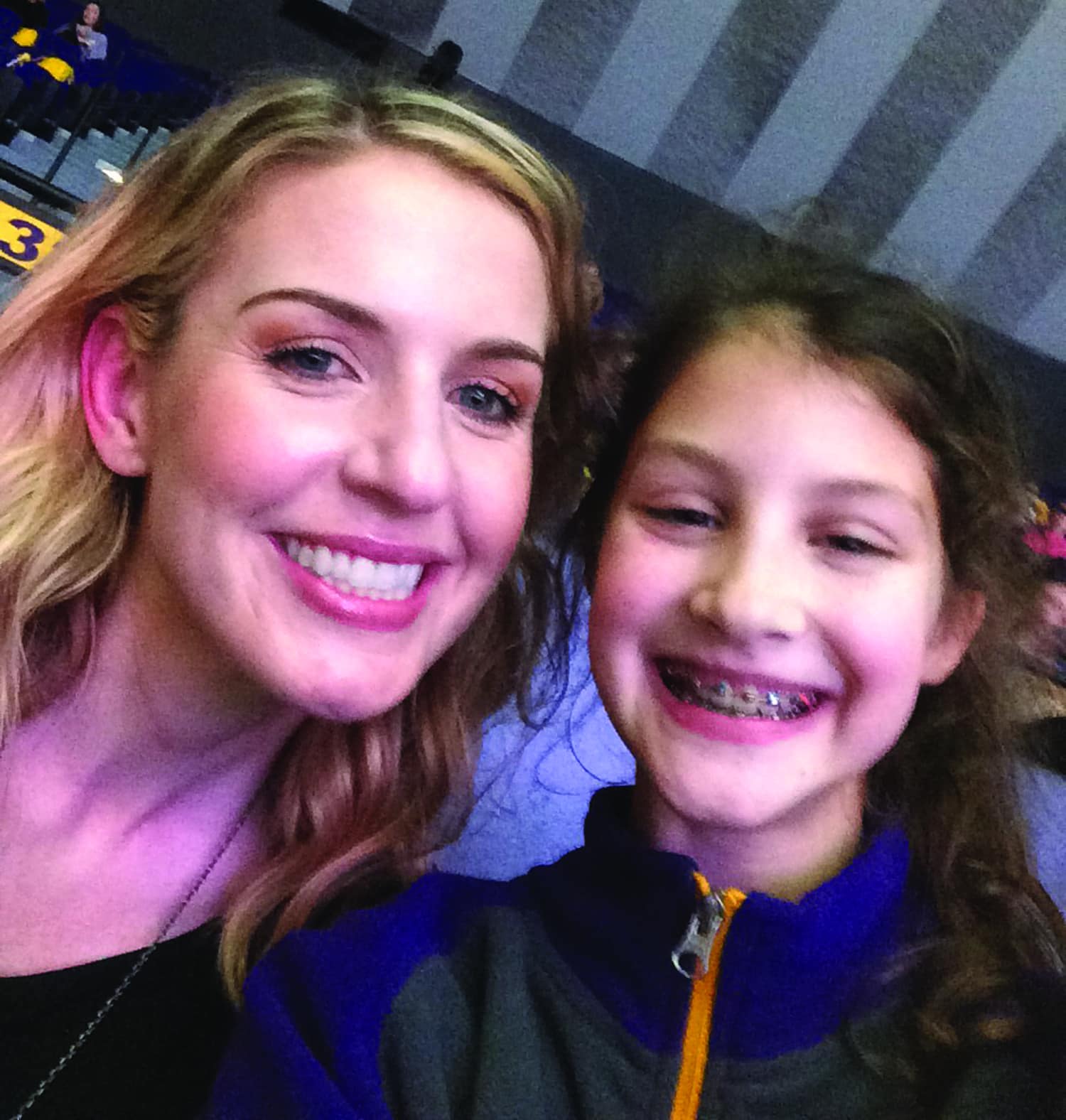 Nicole James (left) and Emilie Robertson, daughter of Greenwell Springs Baptist Church Pastor Brian Robertson, formed a special bond. Robertson discovered her friend was an agnostic, so she began to pray for opportunities to share Jesus with her. On Jan. 29 at a restaurant, she led James to a relationship with Christ. Submitted photo

CENTRAL – Hadley James had served as a bodyguard for high-profile celebrities around the U.S., and was awash with all the perks that came with the job; but, he found true satisfaction and returned to his walk with Christ after watching live worship services broadcast by Greenwell Springs Baptist Church.

A few months later James experienced another spiritual watershed moment when he was baptized alongside his daughter, Nicole, in front of the Greenwell Springs congregation.

“It was one of the most exciting experiences in my life,” James told the Baptist Message. “My daughter was lost and is now alive in Christ.”

A number of divine appointments led up to the Feb. 10, 2019, celebration for the James family, with the first Gospel seeds planted in early 2016.

James had retired from the bodyguard profession in 1995, ending his behind-the-scenes with the rich and famous, to take a position as director of security and loss prevention for a national construction company in Las Vegas, Nevada.

He also began breeding Great Danes as a side venture.

Hadley had become a child of God as a sophomore in high school, but he had drifted away from the Lord in the ensuing years.

However, Christ began to draw Hadley back to Him after his wife, Tuesday, died from cancer in 2013.

She shared with him about her home church at Greenwell Springs and he became a regular online viewer of the congregation’s worship services.

A year later, the two became engaged during a dog show in Phoenix, Arizona, and were married in 2018. Afterward, James moved with his daughter to Baton Rouge and he restored his fellowship with the Lord at the Greenwell Springs Baptist Church.

“God used the live stream services to draw Hadley closer to Himself,” said GSBC Pastor Bryan Robertson. “Now he is on fire for Jesus here in Baton Rouge.”

But God was not done yet.

Robertson’s 11-year-old daughter Emilie struck up a friendship with Nicole over a joint interest in basketball.

Then Emilie discovered Nicole was an agnostic, so she began to pray for opportunities to share Jesus with her friend. The friendship between the two girls continued to grow, and on Jan. 29, 2019, God answered Emilie’s prayers for her friend. At a restaurant in Baton Rouge, Emilie led Nicole to a relationship with Christ.

“It was exciting,” Emilie said. “I wanted her to be saved and know Jesus. It is important that we do what God tells us to do.”

Robertson said he was excited his daughter cared so much about her friend’s life in eternity.

“My wife believed Emilie would be involved with Nicole’s salvation,” he said, adding that he and his wife, Anne, have been intentional to show her how to witness to friends.

“You want your children to give an answer for the hope that is within them,” he continued. “While Emmie doesn’t have all the answers, she knows the most important answer and that is there is hope found in Jesus. As a father, I want Emmie to know Jesus and to tell others about His love for them. That is a great example of how we obey the Bible and train our children in the way they should go.”

By Joe McKeever Freely you have received; freely give. (Matthew 10:8) JACKSON, Miss. (BP) -- Dr. Watson was complimenting Sherlock Holmes on a brilliant observation no one else had noticed. "Of course," Holmes remarked. "It's what I do." Forgiveness and grace -- that's what we believers do. Here is … END_OF_DOCUMENT_TOKEN_TO_BE_REPLACED