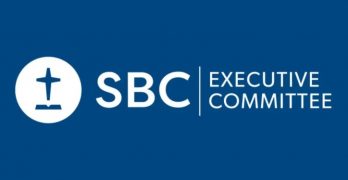 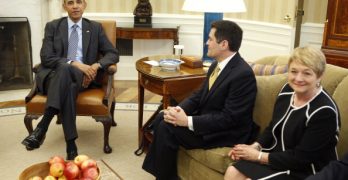 By Chris Turner and Lonnie Wilkey, Tennessee Baptist & Reflector NASHVILLE, Tenn. (B&R) — Former Ethics and Religious Liberties Commission President Russell Moore and then-ERLC board chair David Prince committed a “blatant deception” by consciously concealing from ERLC trustees information that was eventually leaked to the press ahead of the 2021 annual Southern Baptist Convention meeting and that was intended to “trigger a polity and trust crisis among SBC messengers.” The claims were made in a letter obtained by the Baptist and Reflector and written by Jonathan R. Whitehead, attorney and ERLC at-large trustee. It was sent Sept. 17, 2021, to Ronnie Floyd, president/CEO of the SBC Executive Committee, Bruce Frank, chair of the SBC Sexual Abuse Task Force, and Julie Myers Wood, attorney with Guidepost Solutions, the third-party firm hired to investigate the SBC’s handling of sexual abuse claims. And regarding the SBC’s sexual abuse crisis, Whitehead also states that ERLC staff was itself resistant to sexual abuse reform initiatives, writing that ERLC staff believed that the SBC and ERLC could “never satisfy” some of the victim advocates, namely Christa Brown who called for the SBC to initiate a sexual offender … END_OF_DOCUMENT_TOKEN_TO_BE_REPLACED

By Office of Congresswoman Julia Letlow WASHINGTON, D.C. – Congresswoman Julia Letlow (LA-05) has joined Minority Whip Steve Scalise (LA-01), Congressman Garret Graves (LA-06), Congressman Clay Higgins (LA-03) and Congressman Troy Carter (LA-02) in sending a letter to the U.S. Army Corps of Engineers, asking them to speed up the completion of Operation Blue Roof. In the wake of Hurricane Ida, more than 62,000 Louisiana households have applied for assistance under the program, but only 3,743 installations have been completed to date. The bipartisan group noted that while the Corps is dedicating additional resources to the program, even the advanced completion rate will not meet the pressing need in Southeast Louisiana. “While we appreciate the accelerated speed under this ramp up, at that rate it would take approximately 98 days to complete installation for every applicant under the Blue Roof program,” the letter states. “This timeframe is unacceptable and will lead to additional damage to homes while people’s roofs remain exposed to the elements.” The letter also included a request for the Corps to provide regular updates on the status of the program to Louisiana’s Congressional Delegation, including regular reports of … END_OF_DOCUMENT_TOKEN_TO_BE_REPLACED 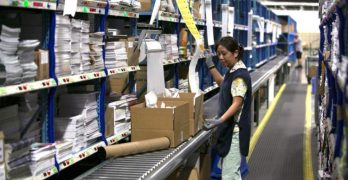 NASHVILLE, Tenn. – Lifeway Christian Resources is implementing measures to better serve churches as the business deals with shipping and raw material logistical issues. According to a news release from the organization, 40 percent of products such as quarterly Bible study materials have been impacted. Brian Daniel, director and publisher on Lifeway’s adult discipleship team, said “pandemic-induced volatility” and an increased amount of time required for reprinting has created challenges. Additionally, an unexpected increase in demand after slower sales during the pandemic has created “stock issues.” Devin Maddox, director and publisher of B&H books, said they have backed up their production schedule by one month to give their partners more time to fulfill orders and meet customers’ needs. Andy McLean, director of Bibles and reference at Lifeway, added they are also building in additional time into their schedules and working on additional solutions to offset increased costs in manufacturing and shipping. “Our team has worked incredibly hard at tracking the situation in real time, executing earlier reprints and absorbing additional costs so we could have inventory for our customers,” McLean said. “We’re incredibly grateful … END_OF_DOCUMENT_TOKEN_TO_BE_REPLACED

By Lane Corley MADISONVILLE, La. - Three years ago, our family was going through one of those down seasons in the ups and downs of life. My mental focus and physical health was declining. I was discouraged and struggling mentally and emotionally. I knew I needed to change a few habits. As part of a recovery … END_OF_DOCUMENT_TOKEN_TO_BE_REPLACED