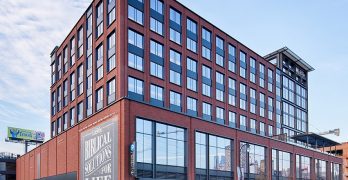 By Will Hall, Baptist Message executive editor Modified, Oct.11, to combine old paragraphs 10 and 11, adding new information in italics, and to combine old paragraphs 12 and 13. Corrected, Oct. 12, to indicate a change in church membership for J.D. Perry. NASHVILLE, Tenn. (LBM)—A recording made by an unknown LifeWay employee purports to contain remarks by Ben Mandrell, LifeWay’s president and CEO, claiming that the lucrative deal given his predecessor Thom Rainer was negotiated without the input, oversight or knowledge of the board of trustees elected by the Southern Baptist Convention. The alleged Oct. 7 exchange with LifeWay employees was in response to the recent whirlwind of controversy surrounding a LifeWay lawsuit against Rainer for breaking terms of his severance agreement which included at least $1 million and a non-compete clause that was to run until October 2021. BACKGROUND In this 2006 Baptist Press photo at Lifeway’s former Glorieta Conference Center (sold in 2013 for $1) CEO Thom Rainer is shown telling trustees “Being a Christian resource provider is a tough business. I don’t like to talk about competition, but we’ve got to do something different if we are going to be an effective, viable ministry in the … END_OF_DOCUMENT_TOKEN_TO_BE_REPLACED 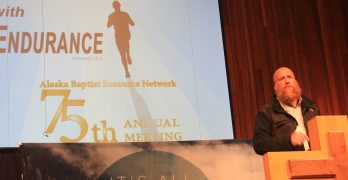 By Randy Covington, ABRN executive director, treasurer ANCHORAGE, Alaska (ABRN)--First Baptist Church, Anchorage, led by Pastor Gary Moats hosted the 75th anniversary gathering of the Alaska Baptist Resource Network with messengers from 50 churches coming together to celebrate statewide cooperative efforts in evangelism and church planting. Organized in March 1946, the Alaska Baptist Convention, now known as the Alaska Baptist Resource Network, began with three churches in Anchorage, Fairbanks and Juneau, and today has 116 affiliated churches, missions or preaching points in its network. “With Endurance” was the theme based on Hebrews 12:1. Special recognition was extended to Earl and Shannon Midkiff who came to Alaska in 1966. Having started their ministry in Soldotna, they moved to southeast Alaska where they served for over half a century as pastor, director of missions, interim pastor of several churches and now as pastor emeritus in Petersburg. History was made with the first gathering of Southern Baptists in America that offered electronic participation of messengers -- 19 registered messengers from remote places in Alaska joined a zoom gallery in which they had opportunity to comment, make motions, join … END_OF_DOCUMENT_TOKEN_TO_BE_REPLACED 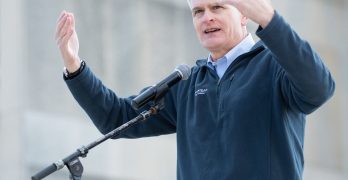 By Bill Cassidy, M.D., U.S. Senator BATON ROUGE, La. (LBM)--The political and cultural wars in America contribute to a divided nation with regard to many issues that are important to the church. A group called the “Freedom from Religion Foundation” recently demanded that I stop sharing Scripture on social media. As the Left has done to try to quiet many before, they attempted to bully me into silence. But I did not back down. The freedoms to worship, to voice our religious convictions, and to live according to our beliefs at home and in the workplace are rights I cherish and that I work daily to protect. I also vote my values to protect the lives of the unborn, and to see that federal judges are appointed who interpret the U.S. Constitution with the intent as it was written, not how they wish it was written. On November 3rd, Louisianans will have the opportunity to vote our values when it comes to electing a president and vice president of the United States. Additionally, we will choose six representatives to the House. Finally, you and I will have the opportunity to vote our values in choosing a U.S. senator. Likewise, we will have the privilege to vote for the Love Life Amendment, which will ensure our Louisiana … END_OF_DOCUMENT_TOKEN_TO_BE_REPLACED 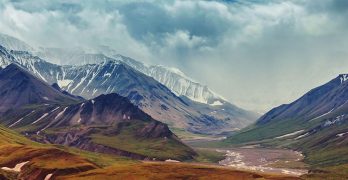 By Will Hall, Baptist Message executive editor ANCHORAGE, Alaska (LBM)—Messengers to the annual meeting of the Alaska Baptist Resource Network, Sept. 28-30, approved a motion that will remove the North American Mission Board of the Southern Baptist Convention from its Cooperative Program budget in 2022 and retain those funds to support state missions and ministries “until such time there is a collaborative, cooperative and mutually agreed upon strategy” with that national entity. Alaska is one of six non-south Baptist state conventions (Alaska, California, Hawaii-Pacific, New Mexico, Northwest, Ohio) that have formally complained about NAMB’s new “Strategic Partnership Agreement,” saying it is not an agreement but a unilateral set of conditions being imposed upon smaller and mid-sized state conventions. In a recent exchange of letters, NAMB trustee officers dismissed the specific concerns, saying, “We’re not sure you could make a more complimentary accusation of us!” with regard to the situation being “centralized” and “directive.” The action by Alaska Baptists, which will impact 22.79 percent of $156,171 of their annual contributions to national causes through CP (based on 2019 numbers), is the most drastic step taken, … END_OF_DOCUMENT_TOKEN_TO_BE_REPLACED 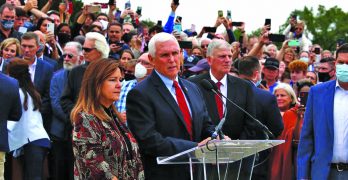 By Message staff WASHINGTON, D.C. (LBM) – The nation’s capital became the center of a prayer movement Saturday, Sept. 26. A number of Louisiana Baptists joined more than 100,000 prayer warriors around the National Mall and another 3.8 million from 57 counties who watched via livestream Prayer March 2020, for the spiritual march organized by Franklin Graham, president and CEO of the Billy Graham Association. Many also participated in the Return, a global prayer event held on the National Mall the same day. Participants cried out to God for repentance and revival during a time of division and unrest in the United States. Various Christian leaders spoke during prayer stops at seven locations during the two-hour march. Leading prayer were Greg Laurie, pastor of Harvest Christian Fellowship in Riverside, California; Darryl Strawberry, a former Major League Baseball player; Andrew Brunson, a formerly imprisoned pastor in Turkey; and Kelvin Cochran, a former fire chief in Atlanta, Georgia. Michael W. Smith, a Dove and Grammy award winning Christian contemporary artist, also prayed and led the crowd in times of worship by song. Vice President Mike Pence even made a surprise appearance and thanked the crowd for their … END_OF_DOCUMENT_TOKEN_TO_BE_REPLACED

By Steve Horn ALEXANDRIA, La. (LBC) - This year has brought about more challenges and cancellations than any of us care to recount. For those meetings and events that were scheduled, more times than not, they happened virtually rather than in person. This has been true for us as Louisiana … END_OF_DOCUMENT_TOKEN_TO_BE_REPLACED