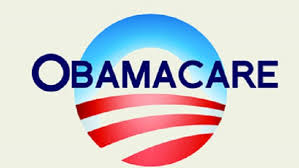 By Peter Sullivan, The Hill Increasingly, there are two ObamaCares. There’s the one in coastal and northern areas, where the marketplaces include multiple insurers and plans. And there’s the one in southern and rural areas, where there is often little competition, a situation that can lead to higher premiums. To read the rest of this story, please click here. … END_OF_DOCUMENT_TOKEN_TO_BE_REPLACED

By Barak Mendelsohn, Council on Foreign Relations A string of lone wolf terrorist attacks in France, Germany, the United States and elsewhere suggests that the phenomenon continues to spread and that it is growing increasingly lethal. Between October 2015 and August 2016 radicalized individuals, as well as “wolf packs,” carried out over 20 attacks in response to the Islamic State’s call to indiscriminately kill “nonbeliever” civilians. The lone-wolf strategy benefits the Islamic State (also known as ISIS) in several ways. First, it is cheap and relatively easy. It requires no planning on its part or even contact with, or knowledge of, the perpetrators. Second, lone wolves frustrate preventive measures since they cannot be identified ahead of time, given they have no direct connection to ISIS, and in this way, shelters the group’s Western networks from possible exposure. Third, such attacks are damaging to both a nation’s psychology and its leadership, raising fear and inciting alarmism among civilians while making governments appear helpless and even incompetent. And fourth, the worldwide proliferation of lone-wolf terrorism boosts ISIS’ image, demonstrating its reach and appeal to both enemies and sympathizers. To read … END_OF_DOCUMENT_TOKEN_TO_BE_REPLACED

By Staff, Haaretz.com The U.S. has started transferring American nuclear weapons stationed at an airbase in southeastern Turkey to Romania, the independent Euractiv website reported on Thursday. The reported move comes after a U.S.-based think tank said on Monday that the stockpile at Incirlik airbase, which consists of some 50 nuclear bombs, was at risk of being captured by "terrorists or other hostile forces." To read the rest of this story, please click here. … END_OF_DOCUMENT_TOKEN_TO_BE_REPLACED 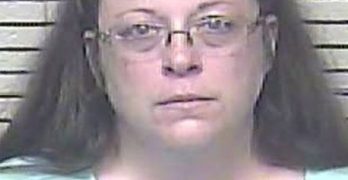 By David Roach, Baptist Press ASHLAND, Ky. (BP) - Although a federal judge has dismissed three lawsuits against Kim Davis, a Kentucky county clerk who refused to grant marriage licenses to same-sex couples, the religious liberty of officials in other states continues to face legal challenges. Federal judge David Bunning, who jailed Davis for five days last year, closed the court's files on all cases against her Aug. 18 and ordered them removed from the docket. "The ACLU wanted to pursue the case and continue it against Kim Davis to seek damages and attorney's fees and costs," said Davis' attorney Mat Staver, founder and chairman of Liberty Counsel, a legal organization specializing in religious liberty cases. "We opposed that, and the judge ultimately granted our request and dismissed ... all three cases that were filed against her ... It's a significant development." To read the rest of the article, please click here. … END_OF_DOCUMENT_TOKEN_TO_BE_REPLACED 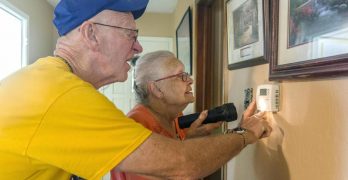 By Carmen K. Sisson, North American Mission Board freelance writer BATON ROUGE (BP) - Southern Baptist Disaster Relief volunteers continue flood recovery efforts across south Louisiana, coping with intermittent rain as they tear out insulation, sweep mud from houses and carry buckets of sodden clothing to curbs. Few areas were left unscathed last week when nearly 7 trillion gallons of rain fell, killing 13 people and damaging more than 60,000 homes in 20 parishes. State officials estimate the damages will exceed $20 billion, making the 500-year flood event one of the worst disasters to strike the United States since Hurricane Sandy in 2012. The damage begins in Hammond, La., and extends 160 miles west toward the Texas border. Along Interstate 12, once lush foliage is withered and gray. Trash flanks fences. Advertisements for home guttings become more numerous with every mile. To rest the rest of the article, please click here. … END_OF_DOCUMENT_TOKEN_TO_BE_REPLACED

By Barry McCarty, Christian Examiner FORT WORTH, Texas (Christian Examiner) — A lot of you are confusing the "consent of the governed," which is what happens in a political election, with some sort of absolute moral affirmation of everything the candidate you vote for has ever said or done. Your vote does nothing of the sort. To read the rest of the article, click here. … END_OF_DOCUMENT_TOKEN_TO_BE_REPLACED

By Joe McKeever Freely you have received; freely give. (Matthew 10:8) JACKSON, Miss. (BP) -- Dr. Watson was complimenting Sherlock Holmes on a brilliant observation no one else had noticed. "Of course," Holmes remarked. "It's what I do." Forgiveness and grace -- that's what we believers do. Here is … END_OF_DOCUMENT_TOKEN_TO_BE_REPLACED