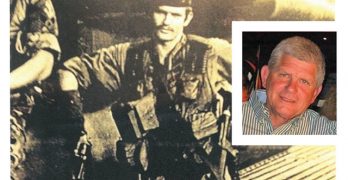 By Jane Rogers, Southern Baptist Texan SAN ANTONIO - As an Air Force pararescueman in Vietnam, Doug Brinson often faced death to save downed pilots, including a treacherous three-week stretch of missions in 1972 that shaped his life in ways he will never forget. “I probably aged a few years in those three weeks,” Brinson said. Brinson’s parents urged him to follow his brother by enlisting in the Air Force, thinking it the safest branch of the military. The southern Louisiana native found himself drawn to the allure of dangerous USAF pararescue. Brinson’s training as a pararescueman, or PJ, was rigorous, involving Navy scuba school, Army jump school, Army Ranger mountain school, Army medical training and other survival schools. “A PJ is supposed to be able to rescue a pilot down anywhere,” Brinson said, adding that even today, most “wash out” of the tough training. His class consisted of 12 men, 10 of whom deployed to Vietnam. Brinson arrived in Southeast Asia in the “last really hot year of the war,” when the ground war was winding down in favor of air power. The North Vietnamese seized the offensive, threatening South Vietnam. PJs stayed busy rescuing downed pilots, treacherous work accomplished with helicopters … END_OF_DOCUMENT_TOKEN_TO_BE_REPLACED 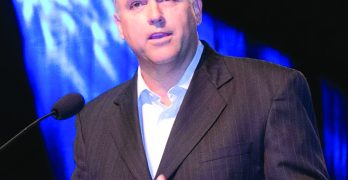 By Joni B. Hannigan, Special to the Message ABERDEEN, Miss. – Claiming state and federal courts have no jurisdiction in “ecclesiastical matters,” the Southern Baptist Convention's North American Mission Board filed an official response May 18 to a lawsuit by a former state convention leader which accused the mission board of ongoing interference in the minister’s employment relationships and continued business dealings. Will McRaney, formerly the executive director of the Baptist Convention of Maryland/Delaware (BCMD), filed the 7-page lawsuit April 7 in Winston County, Miss., alleging numerous instances of “slander and/or libel.” He also claimed “intentional interference by NAMB leaders” had caused him to be “uninvited” to a large mission emphasis scheduled there in October of 2016 and to the Florida Baptist Pastors’ Conference in November of 2016. BACKGROUND Previously McRaney publicized claims on his website and through communications with reporters that NAMB’s president, Kevin Ezell, initially had become involved in his affairs by unfairly inserting himself into the business of the Maryland convention – a move McRaney said resulted in his June 8, 2015, termination. McRaney told the Baptist Message that only four … END_OF_DOCUMENT_TOKEN_TO_BE_REPLACED 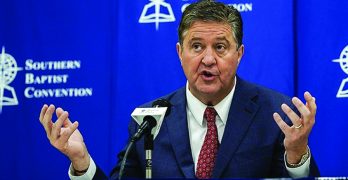 By Kyle B. Gulledge, Editor SBCToday A few weeks ago I reached out to Dr. Steve Gaines about the possibility of doing a question and answer blog with SBCToday.  Due to us both being busy, I suggested sending these questions in the form of an email so that he could answer them as his schedule permitted.  He graciously agreed to do so. With the 2017 Southern Baptist Convention’s Annual Meeting less than a month away we are now running this “conversation” and hope, if nothing else, it will encourage you to pray for our President and for our Southern Baptist Convention. We greatly appreciate Dr. Gaines taking the time to speak to our readers.  Below are our questions and his answers. What has been your biggest surprise about being President of the Southern Baptist Convention? Dr. Gaines: I am surprised that the Southern Baptist Convention (SBC) can be so large and effective even though it is not a hierarchical, top-down organization. No national or state entity can tell any churches what to do. Yet we voluntarily choose to work together. That is amazing to me, and I am more convinced than ever that the Lord has His hand on Southern Baptists and that He has a great future for us in the years to come. What has been … END_OF_DOCUMENT_TOKEN_TO_BE_REPLACED

By Joe McKeever “‘…your ways are not my ways,’ saith the Lord.”  (Isaiah 55:8) Keep an eye on how the Lord works in your life. You might learn something useful for the next time He wants to use you. This little couplet seems to sum up 90 percent of what Scripture and life teach us concerning the operation … END_OF_DOCUMENT_TOKEN_TO_BE_REPLACED