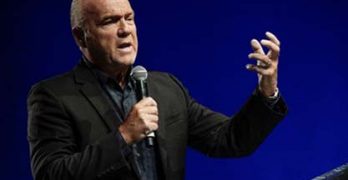 By Brian Hobbs/Oklahoma Baptist Messenger PHOENIX (BP) -- The Baptist Messenger recently sat down with renowned evangelist and pastor Greg Laurie, who has been holding Harvest crusades, which are large-scale evangelistic outreach events throughout the United States and abroad, since 1990. In the interview, Laurie talks about the upcoming Harvest event scheduled for June 11 in Phoenix. The event will be held in conjunction with the Crossover evangelism events leading up to the Southern Baptist Convention's annual meeting on June 13-14. See interview with Laurie below. The Harvest America evangelism event coming to Phoenix, Ariz., will be held in conjunction with the SBC's annual meeting. You have teamed up with the SBC and the North American Mission Board to promote this Harvest America event. For our listeners who might be unfamiliar, can you talk about this outreach event and tell us what it is all about? Laurie: Kevin Ezell, who directs the North American Mission Board, came to us with the idea of Harvest Ministry to join forces, because we are all passionate about evangelism; we want to reach people. The problem for a lot of folks is how to get out there and do it. You know, a lot of folks come in from around … END_OF_DOCUMENT_TOKEN_TO_BE_REPLACED 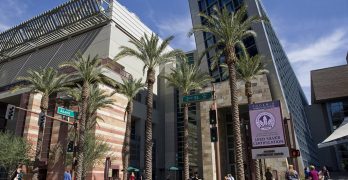 By Shawn Hendricks and David Roach PHOENIX (BP) -- As this year's Southern Baptist Convention annual meeting approaches, SBC President Steve Gaines says fellow Baptists should anticipate emphases on prayer, evangelism and financial stewardship at the June 13-14 gathering in Phoenix, where the 2003 and 2011 annual meetings also were held. This year's annual meeting theme is "Pray! For such a time as this" based on Luke 18:1 and Esther 4:14. Gaines hopes that through a commitment "to fervent, frequent, faith-filled prayer," the SBC will become "a catalyst for spiritual awakening and revival." "I believe Southern Baptists can be used of God to spark a mighty movement of prayer, evangelism and discipleship across our nation and around the world," said Gaines, pastor of Memphis-area Bellevue Baptist Church in Cordova, Tenn. "If we will pray and abandon ourselves to the Lord, He will use us exponentially to take the Gospel to people." In addition to several seasons of prayer, Gaines said, annual meeting highlights will include a personal evangelism emphasis Tuesday evening (June 13) led by California pastor and evangelist Greg Laurie and a Wednesday afternoon (June 14) panel discussion on financial stewardship. Southern … END_OF_DOCUMENT_TOKEN_TO_BE_REPLACED 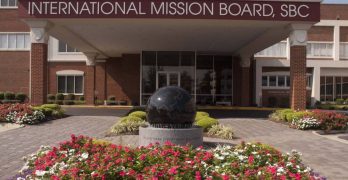 By Will Hall, Message Editor NASHVILLE, Tenn. (LBM) —The Southern Baptist Conventions’ International Mission Board released final numbers, June 7, for its annual special collection, showing the Lottie Moon Christmas Offering has fallen short $12.8 million, or greater than 7.7 percent, compared to last year. Meanwhile, the SBC Executive Committee published data, June 2, indicating the Annie Armstrong Easter Offering, which composes 49 percent of the budget for the North American Mission Board, is down $13.1 million, or more than 37 percent, year-to-date (only one month following Easter, and just four months before the end of the accounting year). For context about the two special offerings, year-to-date giving for all national causes through the Cooperative Program has been relatively stable, but down about $1.4 million, or off about 1 percent, compared to the same time frame last year. LOTTIE MOON The Christmas offering hit an all-time high of $165.8 million only a year ago, when Southern Baptists responded with generosity to IMB’s revelations about chronic overspending and the need for personnel reductions. IMB leaders had forecast an even larger offering for this year, announcing in November 2016 it had crafted … END_OF_DOCUMENT_TOKEN_TO_BE_REPLACED

By Joe McKeever “‘…your ways are not my ways,’ saith the Lord.”  (Isaiah 55:8) Keep an eye on how the Lord works in your life. You might learn something useful for the next time He wants to use you. This little couplet seems to sum up 90 percent of what Scripture and life teach us concerning the operation … END_OF_DOCUMENT_TOKEN_TO_BE_REPLACED