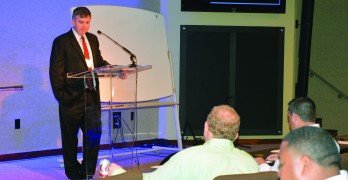 By Brian Blackwell, Message Staff Writer ALEXANDRIA – Enthusiastic. Burdened. Inspired. Confident. That was the mood inside a room of more than 20 pastors from Louisiana Baptist congregations of all sizes and locations during a recent meeting in which they sought to reignite a passion for the Cooperative Program and cooperative missions through an initiative called “The Pledge.” “I need to be challenged,” said First Lafayette Pastor and current LBC President Steve Horn. “I need to be challenged in every area of my life.  If not challenged to give, we always fall back to status quo.” “We believe we can do more together than we can do by ourselves,” Horn told the May 14 meeting of 20 pastors. “And we believe in the methodology of our cooperative endeavors and our Cooperative program. It has served us well and will serve us well in the future. First announced during the Louisiana Baptist Executive Board meeting on May 5, The Pledge is a plan to challenge churches giving less than 3 percent to the Cooperative Program to move to 5 percent; churches giving between 3 and 8 percent are encouraged to increase by 2 percent; and churches giving between 8 and 9.9 percent to go to 10 percent. Churches who already give 10 percent in their … END_OF_DOCUMENT_TOKEN_TO_BE_REPLACED 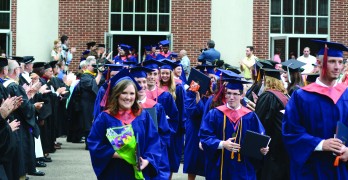 By Al Quartemont, Special to the Message PINEVILLE – The message Dr. Rick Brewer gave at the 158th commencement of the college he only recently became president of could not have been clearer. “Rebel against society’s low expectations,” Brewer told the 147 graduates of Louisiana College on Saturday, May 16. “Do hard work.” In that commencement address, Brewer not only gave the 123 undergraduates and 24 masters students a life-long charge, he may have set a tone for the future of LC, itself. “The prevalent philosophy of our culture today is, ‘I am going to do what is the least that is expected of me and try to get the most payment for it,’” Brewer said. “In other words, minimum effort for maximum return. Shoddiness and lack of extra effort should never take place in the mind of a Christ follower.” Brewer called on the students to live their lives under what he termed “The Rebekah Principle.” He used the example of Isaac’s future wife (Genesis 24), who not only served water for Abraham’s servants, but put in the extra effort to water the group’s camels, too. “After you’ve done what’s asked of you, you do a bit extra, you do even more,” Brewer said. “I’m here to tell you, we not only would see excellence in the market place, … END_OF_DOCUMENT_TOKEN_TO_BE_REPLACED 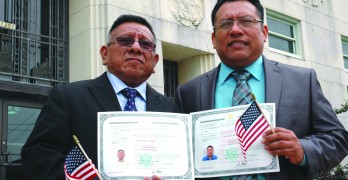 By Brian Blackwell, Message Staff Writer FLORIEN – Arturo Us Sr. is proud to be an American. He’s reminded of that every day as he ministers to Hispanics throughout a three-parish area, preaching from the pulpit on Sundays at his church and, also, when he thinks about the United States citizenship he earned on Nov. 6. “I’m thankful to God I’m a US citizen,” Us said. “I’m blessed. I think it’s the will of God that he brought me here to this place.” Us is not the only person in his family who is an American citizen. His son, Arturo Jr., and his daughter both received their citizenship. His daughter is his organist and his son is pastor of El Alfa Y La Spanish  in Leesville. Both Us and his son participated in a citizenship ceremony on May 13 in Alexandria. “I’m blessed to be an American,” said Arturo Jr. “It’s not easy to get citizenship and this is a big blessing in our lives. God brings blessings and this is part of it.” Others in his family are either nearing their citizenship or just beginning the process of learning English so one day they can apply to be a citizen. His son, Rueben, is pastor of Emmanuel Hispanic Baptist Church in DeRidder and is applying to become a citizen in November. Us’ wife, Isabel, … END_OF_DOCUMENT_TOKEN_TO_BE_REPLACED 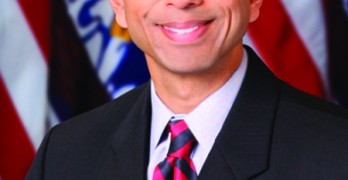 By Philip Timothy & Brian Blackwell BATON ROUGE – Hours after a religious freedom bill was struck down in committee May 20, Louisiana Gov. Bobby Jindal moved quickly to sign an executive order that afternoon which captured both the intent and much of the language of the Louisiana Marriage and Conscience Act. “In Louisiana, the state should not be able to take adverse action against a person for their belief in traditional marriage,” read a statement issued from the governor’s office. “That’s why I’m issuing an Executive Order this evening to prevent the state from discriminating against people, charities and family-owned businesses with deeply held religious beliefs that marriage is between one man and one woman,” said Jindal. “We don’t support discrimination in Louisiana and we do support religious liberty. These two values can be upheld at the same time. “Indeed, we celebrate diversity of belief in Louisiana. Diversity of belief and religious liberty are the foundation of our law and Constitution and they should be protected. As long as I’m Governor, we will fight to protect religious liberty and not apologize for it,” said Jindal. The executive order means the 20 agencies that fall under the executive branch, including … END_OF_DOCUMENT_TOKEN_TO_BE_REPLACED 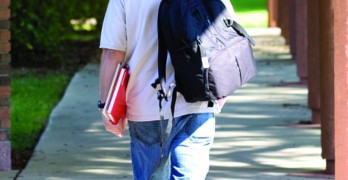 They are two Southern Baptist institutions of higher learning in Louisiana, with a different type of student they educate, their location and the enrollment numbers. But despite their differences, Louisiana College and New Orleans Baptist Theological Seminary have one end result – training students to make a difference for Christ in a culture that is increasingly hostile to the gospel. Originally named Baptist Bible Institute, NOBTS was founded in 1917. An act of the SBC Annual Meeting created the seminary as a way to evangelize the city of New Orleans. The school now has extensions in Shreveport, Monroe, Lafayette, Baton Rouge, Angola Prison and Louisiana Correctional Institute for Women. Enrollment stands at 3,800 this year, and the school is a training school for ministers. Louisiana College, meanwhile, started in 1906. The liberal arts college trains mainly undergraduate college students in more than 80 majors, minors and pre-professional programs of study that includes nursing, teacher education, Christian studies, business, social work, chemistry and convergence media. Its enrollment is 1,080. Why does a student pick a Christian-based school over a university that is secular in nature? Steve Lemke, provost at NOBTS, … END_OF_DOCUMENT_TOKEN_TO_BE_REPLACED 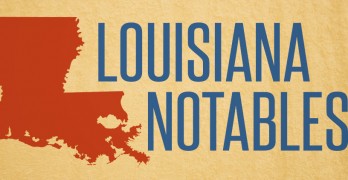 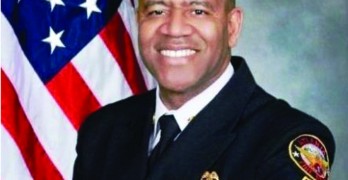 SHREVEPORT – Kevin Cochran, the Atlanta, Ga., fire chief known for his termination over a book he wrote calling homosexual behavior immoral will be the keynote speaker at a men’s conference this weekend. Hosted by Willow Point Baptist Church, the Men’s Freedom Weekend will feature Cochran who will speak on the freedom he has found in the fire of adversity. Atlanta mayor Kasim Reed fired Cochran on Jan. 6 following publication of his book. Cochran spent his childhood in Shreveport and is a deacon, Sunday school teacher and Bible study leader at Elizabeth Baptist Church in Atlanta. Elizabeth Baptist Church is a member of the Georgia Baptist Convention. The conference, which is free to those attending, starts at 6:50 pm on Friday with the first session featuring Cochran, who also will speak on Saturday. The conference on Saturday begins at 7:30 am with a breakfast and ends at noon. In addition to Cochran’s messages, Broken Vessels of Deridder will lead music. “The purpose of this event is not political in anyway whatsoever,” said Billy Stevens, pastor of Willow Point Baptist. “It is all about Jesus. The content is about Freedom in Christ and helping men find true Freedom in knowing the power of the Gospel, so bring a friend … END_OF_DOCUMENT_TOKEN_TO_BE_REPLACED 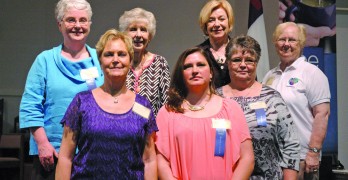 BOSSIER CITY – Two words from Christ more than 2,000 years ago still are very much alive today and continue to impact one’s own community, state, nation and world. Follow Jesus. “A call to be like Jesus – to see the world with His heart, through His eyes, to see the possibilities and act boldly in His power,” said Lane Corley, Louisiana Baptists’ church planting strategist and pastor of the Bridge Church in Madisonville. “That’s our challenge and it’s the one our community is waiting for.” In fact, following Jesus may require much sacrifice but yet could be found as close as a believer’s front yard, college campus or office building. But before following Jesus, a Christian must start with getting his or her heart right with God. A heart is one of four symbols the Bridge Church uses for a simple tool to find ways to follow Jesus in its community. And the same matrix can be adopted by any other church, Corley emphasized. In addition to the heart, the other symbols are an eye, lightbulb and finally an arrow. After getting one’s heart right with God, a believer must have his or her eyes open to needs of the world, then have an imagination for the heart and eyes to dream of ways to reach people and lastly an action for a … END_OF_DOCUMENT_TOKEN_TO_BE_REPLACED 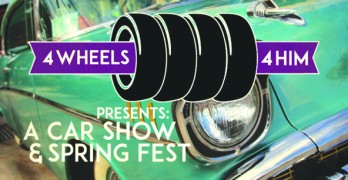 KENTWOOD – Start your engines! No, it’s not the start of a NASCAR race but participants at the upcoming 4 Wheels 4 Him: Car Show and Spring Fest will hear those words on May 2 at New Zion Baptist Church in Kentwood. The day’s activities include music, door prizes, jumper houses, BB-guns, bows and arrows and more. Sharing a testimony is Bart Vandrell, who has won the Auto-rama’s World of Wheels at the Mercedes Benz Superdome in New Orleans. Vandrell is a member of First Baptist Church in Pearl River. The 4 Wheels 4 Him format is different from past years, when four-wheelers were the centerpiece. Gibbie McMillan, men’s ministry director for Louisiana Baptists, said the format change was because the timber company no longer allowed use of their land for this purpose. “So rather than cancel the event totally , we just changed some of the activities and now we will have the car show and games for the children to participate in such as learning to correctly shoot and handle a BB gun and shoot a bow and arrow,” McMillan said. “There will be several different musical groups performing throughout the day, lunch will be served, and door prizes will be given away.” Registration for the event is at 8 am, with festivities kicking off at 9 … END_OF_DOCUMENT_TOKEN_TO_BE_REPLACED

By Stewart Holloway PINEVILLE, La. - Recently, a former church member messaged me for prayer. The situation is devastating, and Rebecca and I are covering it in prayer. To be asked to join this individual in prayer as a former pastor and friend was a humbling blessing. Other than a social media comment here or … END_OF_DOCUMENT_TOKEN_TO_BE_REPLACED