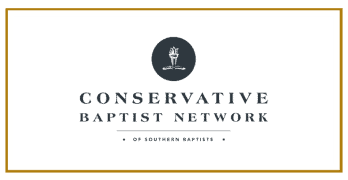 By Will Hall, Baptist Message executive editor DEVILLE, La. (LBM) — The Conservative Baptist Network announced Feb. 18 the launch of its Louisiana state chapter, with more states soon to launch as it expands as a localized, grassroots effort, according to organizational sources. In a statement released to the Baptist Message, the CBN shared that Philip Robertson, Southern Baptist Convention Executive Committee member (2018-present) and two-time past president of the Louisiana Baptist Convention (2004-2005), will serve as the lead state coordinator. Robertson is senior pastor of Philadelphia Baptist Church, Deville, with a campus in Alexandria, and served as a member of the Louisiana Baptist Convention Executive Board (1997-2003), including two years as LBCEB president (2001-2002). He also was a trustee of New Orleans Baptist Theological Seminary (2003-2006). Robertson currently serves in various capacities for his local association and state convention. “I joined the Conservative Baptist Network for two reasons,” Robertson said. “One, because I believe there are important issues affecting our churches and the SBC that need to be addressed, and two, because CBN is a ‘pro’ Southern Baptist Convention movement. I … END_OF_DOCUMENT_TOKEN_TO_BE_REPLACED 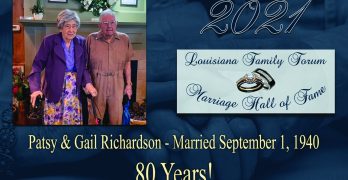 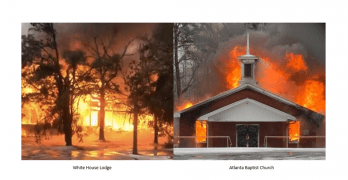 By Staff ALEXANDRIA, La. (LBM) -- The worship center at Atlanta Baptist Church and the White House Lodge of Dry Creek Baptist Camp were destroyed after fires engulfed the two facilities Wednesday afternoon. The fire at Atlanta Baptist Church started around 2:20 p.m., Pastor Chad James said. Members of the Winn Parish Fire Department responded and helped contain the fire from spreading to other buildings housing Sunday school classrooms, offices, the fellowship hall and family life center/gymnasium. The church, which has insurance and averages 100 in Sunday morning worship attendance, plans to rebuild the worship center. This Sunday the congregation plans to meet for worship in the gymnasium.  The cause of the fire remains under investigation. Please pray specifically for guidance as we begin the process of rebuilding,” James said. “Thanks to everyone for all the support and care expressed to us. We are in good spirits, are excited about the work the Lord has in store and are determined that our mission for the cause of Christ will not be interrupted nor deterred.” Meanwhile, Dry Creek Baptist Camp Director Todd Burnaman told the Baptist Message the White House Lodge caught fire at 2:30 p.m. and was totally … END_OF_DOCUMENT_TOKEN_TO_BE_REPLACED 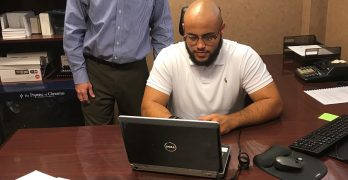 By Elizabeth Christian, LC News PINEVILLE, LA. (LBM) -- One need only do a quick Google search to see how important completing an internship is to today’s college student. A growing number of employers seek graduates who have had a real-world experience prior to hiring them. Louisiana College has been partnering with local organizations to ensure its students are equipped for today’s modern work force. Isaiah Romero and Adam Hair, both LC business majors, did internships this fall at the Louisiana Baptist Foundation, which placed them in a host of different business and marketing settings. “LC’s Experiential Learning Initiative provides our students with additional learning opportunities beyond the classroom,” said President Rick Brewer. “The opportunity for our students to select two initiatives from four offerings—research, study abroad, internships and service Learning —reinforces the Louisiana College’s Mission and Vision while providing our students a competitive edge for the marketplace and post-graduate education.” Brewer believes so much in the value of internships that he has included it in the Vision 2025 Plan—along with research, service learning and study abroad. Students will be required to complete at … END_OF_DOCUMENT_TOKEN_TO_BE_REPLACED 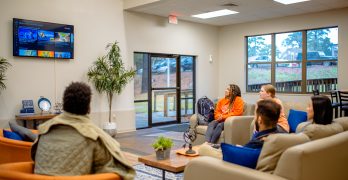 By Staff PINEVILLE, La. – Louisiana College has completed a project that includes extensive renovations to its residence halls and beautification of the campus. The renovations, which were started shortly after LC President Rick Brewer arrived at the school in 2015, were funded mostly by generous donations from alumni and other friends of the college: The Cottingham Hall roof was repaired and dormitory rooms and parlor received new flooring and a fresh coat of paint. New furniture and televisions were added to the common area and the kitchen in this space was updated with a new countertop, sink, tile backsplash and appliances. Tudor Hall bathrooms, lobby and common spaces were remodeled, and a movie viewing room was added. English Village apartments received new siding. New furniture and wall hangings were added throughout the building; and, new tables and chairs were added that provide charging stations so students can restore battery power to their computers and phones while studying or watching TV. “Curb appeal remains in the top five compelling reasons for a student selecting a specific college to attend,” Brewer said. “This fact is not lost on Louisiana College as we have made the addition and care of … END_OF_DOCUMENT_TOKEN_TO_BE_REPLACED 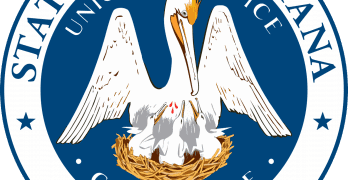 By Baptist Message staff BATON ROUGE, La. (LBM) – Louisiana will remain in a modified version Phase 2 for at least three more weeks, Louisiana Gov. John Bel Edwards said on Tuesday, Feb. 9. The current phase was set to expire Wednesday, Feb. 10, but now will be extended for another 21 days. During his news conference, Edwards said while the state has seen COVID-19 rates dropping which is a positive, the possibility of another surge in cases associated with the new U.K. variant of the virus and the approaching Mardi Gras holiday has caused some concern by state health officials. “There has been some progress over the last month or so,” he said. “And we are very, very thankful for that. The fact of the matter is the baseline numbers remain very high and concerning.” He asked Louisianans to continue wearing masks, observe proper social distancing measures and avoid social gatherings. “I am very hopeful when we next announce the new proclamation that we will be able to ease some restrictions if we continue on the path that we currently are,” he said. “So I encourage people to do your part. Be a good neighbor.” Under the order that is in effect until March 3, attendance at churches will continue to be limited to 75 … END_OF_DOCUMENT_TOKEN_TO_BE_REPLACED 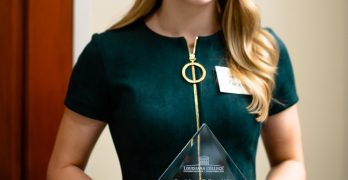 By Staff PINEVILLE, La. – Pineville senior Leanna Lanford won Louisiana College’s prestigious Smith Scholarship competition Jan. 30. The Pineville High senior won over 14 other competitors a scholarship that covers tuition, books and room and board. Lanford noted that she leaned on her faith when she was diagnosed with an autonomic nervous system disorder about a year-and-a-half ago. “Throughout my high school career, I knew that LC was the place I wanted to go because I wanted to grow in that faith,” Lanford said in her acceptance speech. “And I wanted to learn more about my condition, which is why I am studying in pre-med and going to become a pediatric cardiology to help kids just like myself.” Lanford, whose parents are graduates of Louisiana College, plans on studying pre-med as she pursues a calling as a pediatric cardiologist. She will attend LC with her twin brother, Ethan. “We are very thankful for the students who honored us by entering the competition,” LC President Rick Brewer said. “We are especially honored that Leanna has heard and answered God’s calling and wants to begin preparing for her call at Louisiana College.” The Smith Scholarship began in the 1970s after Tom and Beverly Dunham began an … END_OF_DOCUMENT_TOKEN_TO_BE_REPLACED

By Stewart Holloway PINEVILLE, La. - I’ve heard people say, “If that doesn’t light your fire, your wood is wet.” I would say that about yesterday. It’s been a while since I had a 15 1/2 hour Sunday and was so jazzed when I got home that it was hard to come down. But yesterday was that. First, we had baptisms … END_OF_DOCUMENT_TOKEN_TO_BE_REPLACED