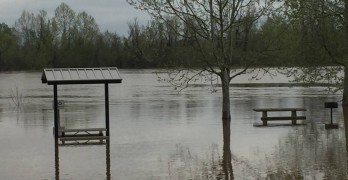 https://www.youtube.com/watch?v=lebDYDctzhQ All is quiet at the Red River Water's Ben Routh Recreational  Area on March 18. Floodwaters from the river have overtaken this picnic area.   … END_OF_DOCUMENT_TOKEN_TO_BE_REPLACED 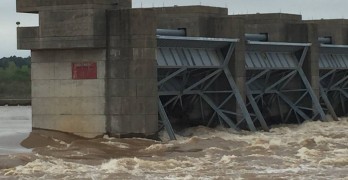 https://www.youtube.com/watch?v=AJHnFV2Mb_o As more floodwaters move southward, the Red River, as seen in this video taken at the Red River Waterway’s John H. Overton Recreation Facility, is raging through and past lock and dam No. 2. The river continues to rise almost a foot a day and is expected to crest at 40.5 feet in Alexandria on Sunday, March 20. As of Friday at 3 p.m. the river stood at 70.3 feet. The river is expected to crest late Sunday or early Monday. … END_OF_DOCUMENT_TOKEN_TO_BE_REPLACED 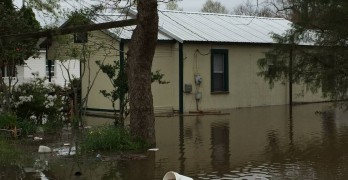 https://www.youtube.com/watch?v=zBPPo1eY4wQ The waters of the Red River have washed ashore to this home in Pineville, which is across the street from the riverfront. The last time the Red River at Pineville and Alexandria went over the 40 foot mark was in April of 1948 when it rose to 45.2 feet. … END_OF_DOCUMENT_TOKEN_TO_BE_REPLACED 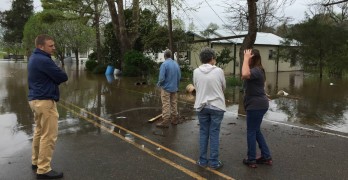 By Philip Timothy, Managing Editor As one north Louisiana flood victim said, while surveying the devastation, this week, “This flooding is our Katrina.” “You know he’s right,” Louisiana Baptist Convention’s Men’s and Ministry Director John Hebert said. “In the number of people affected by Katrina and the flooding it is about the same but the flooding far exceeds Katrina geographically.” The Governor’s Office of Homeland Security and Emergency Preparedness (GOHSEP) estimates more than 11,000 homes have received some type of flood damage. Twenty-six Louisiana parishes have been declared federal disaster areas and additional parishes are expected to be added to this growing list in the days to come. Because of the size of the disaster, Hebert hopes churches respond like they did for Katrina. “Many churches haven’t waited for the water to go down. They have been right there on the front lines since the rains began,” he said. “And we are daily hearing great stories how churches in the affected area have banded together to help each other and to minister to people in their communities. “But a disaster of this magnitude is going to take a herculean effort,” Hebert said, “so I encourage every church, if they are not … END_OF_DOCUMENT_TOKEN_TO_BE_REPLACED 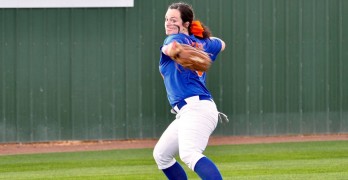 By Brad Welborn, LC sports information director “In Your Name I Pray and Play.” Those seven words are what the people at Coca-Cola Wildcat Field hear over the speakers just before the National Anthem is played and the LC Lady Wildcats softball game gets underway.  Those words spoken by the spiritual leader of the Lady Wildcats, Senior Jade Johnson. Jade is a native of DeRidder, where she attended East Beauregard High School and earned a starting role for the Lady Trojans softball team for coach, and dad, Keith Johnson here eighth grade year.  Like many collegiate and professional athletes Jade started playing softball when she was about 6-years old on Little League teams, then on travel ball teams during the summer, high school and now at Louisiana College. “ My dream when I was in 6th grade was to play college ball at Florida under Tim Walton and go to the Olympics, but of course that’s every 6th grade softball players dream.” Johnson said. After deciding to stay closer to home and getting the opportunity to play at Louisiana College, Jade has become one of the central figures in the Lady Wildcats dugout more so than on the field since injuries have sidelined her for much of her career, even through high school.  First … END_OF_DOCUMENT_TOKEN_TO_BE_REPLACED 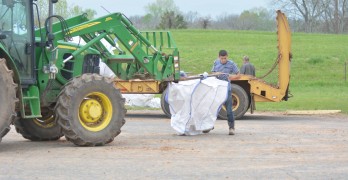 https://youtu.be/36Fy-I-YZfQ Floodwaters have topped the levee at Brouillette and parish officials are calling for a mandatory evacuation of residents there while a voluntary evacuation has been ordered for residents in Vick. Farm workers at the Red River Waterway’s Ben Routh Recreation Area in Vick use an excavator to fill large sacks with sand which in turn will be strategically placed in key areas to hold back a rising Red River. The river already is dangerously high and isn’t expected to crest until Wednesday. People are asked to keep the people of Brouillette and Vick in there prayers.   … END_OF_DOCUMENT_TOKEN_TO_BE_REPLACED 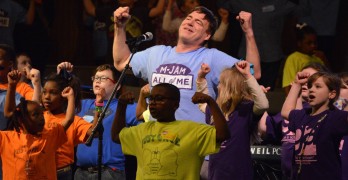 By Brian Blackwell, Message Staff Writer The record flooding in the Monroe-West Monroe area may have postponed the second scheduled Missions Jamboree Conference, also known as M-JAM, but it didn’t stop it from taking place at a later date. Originally scheduled for March 12 at Cedar Crest Baptist Church in West Monroe, M-JAM has been rescheduled for April 30 at the same location. “Jeff Slaughter has agreed to come back and lead worship for us again,” said Jess Archer, children/youth mission education strategist for Louisiana Baptists. “We are also going to have all of our original breakout sessions leaders. M-Jam in West Monroe is an event you won't want to miss.” The deadline to register is April 21 and more information can be found at louisianabaptists.org/mjam. Anyone who previously registered for the March 12 M-JAM and plans on attending the conference on April 30 is asked to email jess.archer@louisianabaptists.org or call 318.448.3402. M-JAMMING IN BATON ROUGE During the first meeting of M-JAM earlier this month, Slaughter said that the biblical hero Samson may have preached 2,000 years ago but his message on how to live out the Christian life still is very much relevant today. Just as Samson was bold … END_OF_DOCUMENT_TOKEN_TO_BE_REPLACED 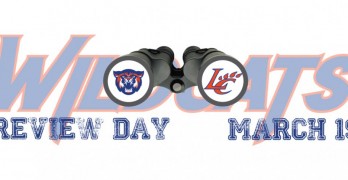 By Norm Miller, LC news High school students of all grades, as well as transfer students, are welcome to attend Preview Day, an extensive overview of campus and academic life at Louisiana College.  A record number of participants have already registered for the March 19 event. Packed with exciting events, Preview Day is great for prospective students who want to learn as much as they can within a weekend setting. Preview Day participants will: tour LC’s beautiful campus; meet with faculty and students to learn more about academics and student life; gain valuable scholarship and financial aid information; receive a free LC T-shirt; and enjoy lunch in the Hattie B. Strother cafeteria. High school seniors who attend Preview Day with the completed LC application will have the application fee waived. All events are free for students and parents.  For more information, call 1-800-487-1906. Other campus events Preview Day will mark the end of a busy week on campus. Today, the LC College Division of Natural Sciences and Mathematics is hosting “Science’s Fractured Fairy Tales.” Open to 10th-12th grade high school students, the two-day event that started on Thursday includes challenging games, … END_OF_DOCUMENT_TOKEN_TO_BE_REPLACED 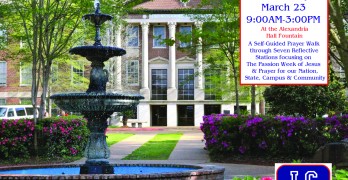 By LC Communications PINEVILLE – Louisiana College has set aside March 23 as a special day of prayer. From 9 a.m. to 3 p.m. that day, participants can take part in a self-guided prayer walk through seven reflective stations focusing on the passion week of Jesus, and prayer for the campus, community of Alexandria-Pineville, state and nation. “Please feel free to come and spend a few moments remembering what Christ did for us and to continue to pray for our campus,” said Thomas Worsham, Director of LC’s Baptist Collegiate Ministry. The LC Baptist Collegiate Ministry is sponsoring the prayer walk. … END_OF_DOCUMENT_TOKEN_TO_BE_REPLACED 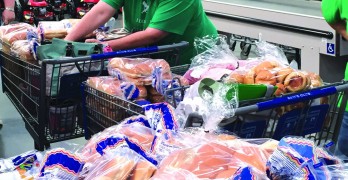 By Message Staff Spared by God from the flooding which consumed more than 85 percent of the small rural community of Castor, First Baptist Church has been transformed into a “hub of relief” according to Pastor Preston Young. Floodwaters from Kepler Lake and Black Lake Bayou have consumed more than 85 percent of the homes in Castor, a small rural community of just 252 people in Bienville Parish. The majority of the flooding has taken place on the west side of town while 10 homes on the sparsely populated east side have been damaged by flood waters. “Some homes in our area had six to seven feet of water in them,” said Young. “Some homes that have been elevated for 30 to 40 years and never had water get into them were flooded. We share the same campus with Castor High School. The school was flooded and we had flood waters come up to the concrete slab of our church, but didn’t get inside. “God spared us from the flooding because he had a plan for this church,” Young said. Indeed He did. Beginning on that Thursday and throughout Friday when the rain was non-stop, Young saw how quickly the water was rising. Church members did what they could to help people in the community save what they could but their biggest … END_OF_DOCUMENT_TOKEN_TO_BE_REPLACED

By Joe McKeever Freely you have received; freely give. (Matthew 10:8) JACKSON, Miss. (BP) -- Dr. Watson was complimenting Sherlock Holmes on a brilliant observation no one else had noticed. "Of course," Holmes remarked. "It's what I do." Forgiveness and grace -- that's what we believers do. Here is … END_OF_DOCUMENT_TOKEN_TO_BE_REPLACED