There is something marketing managers seem to forget about the internet: it was made for people, not for companies and brands. As such, it offers managers a source of insight they never had — social listening. Eavesdropping on consumers’ social-media chatter allows marketers to economically and regularly peer inside people’s lives as they are being lived, without introducing biases through direct interaction. Armed with traces of revealed opinions and behaviors, managers can at long last discover the manifestations and ripple effects of their actions on consumer behavior. Clear indications from marketing science underline how chatter affects sales, brand health, and even stock performance. Social listening competency will be critical to competitive advantage in the digital age. To read the rest of this article, please click here. … END_OF_DOCUMENT_TOKEN_TO_BE_REPLACED

Questions related to sexuality and gender bear on some of the most intimate and personal aspects of human life. In recent years they have also vexed American politics. We offer this report — written by Dr. Lawrence S. Mayer, an epidemiologist trained in psychiatry, and Dr. Paul R. McHugh, arguably the most important American psychiatrist of the last half-century — in the hope of improving public understanding of these questions. To read the rest of this article, please click here. … END_OF_DOCUMENT_TOKEN_TO_BE_REPLACED

By Phillip Connor, Pew Research Center The U.S. has received 28,957 Muslim refugees so far in fiscal year 2016, or nearly half (46%) of the more than 63,000 refugees who have entered the country since the fiscal year began Oct. 1, 2015, according to a Pew Research Center analysis of data from the State Department’s Refugee Processing Center. That means that already this year the U.S. has admitted the highest number of Muslim refugees of any year since data on self-reported religious affiliations first became publicly available in 2002. Christians are the second-largest group of refugees to the U.S. so far this fiscal year; 27,556 Christian refugees have entered the country, nearly as many as the number of Muslim refugees. A slightly lower share of 2016’s refugees were Christian (44%) than Muslim, the first time that has happened since fiscal 2006, when a large number of Somali refugees entered the U.S. To read the rest of the article, click here. … END_OF_DOCUMENT_TOKEN_TO_BE_REPLACED 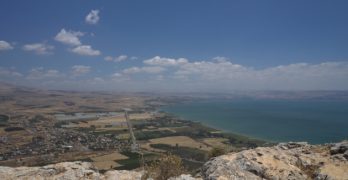 By Eric Mitchell, Christian Examiner GAMLA, Israel (Christian Examiner) – The Gospel accounts highlight the teachings and miracles of Jesus of Nazareth. Much of His ministry was set near the Sea of Galilee with Capernaum as His base.  Many of His twelve disciples came from this region. Peter, Andrew, James, John, and Phillip were from Bethsaida. Matthew and Peter were from Capernaum, where we are told Peter had a house. To read the rest of the article, click here. … END_OF_DOCUMENT_TOKEN_TO_BE_REPLACED

By Gregory Tomlin, Christian Examiner LONDON (Christian Examiner) – This year's British Social Attitudes (BSA) Survey has yielded a surprising result – Christianity has gained slightly, halting decades of decline, the UK's Telegraph has reported. According to the paper, which has had an advanced look at the unpublished survey's findings, the BSA shows decades of decline in Christianity slowing, or "leveling off" as the paper suggests. The one percent uptick in the number of people claiming to be Christian (from 42 to 43 percent) corresponds with the one percent of people no longer listing themselves as "nones," or British citizens not officially connected with any church or religious denomination. To read the rest of the article, click here. … END_OF_DOCUMENT_TOKEN_TO_BE_REPLACED 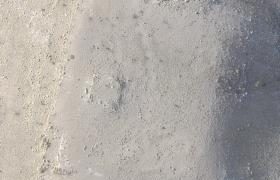 By Kristin Romey, National Geographic An enormous monument has been hiding in plain sight at the World Heritage site of Petra, according to a study recently published in theBulletin of the American Schools of Oriental Research. Archaeologists Sarah Parcak, a National Geographic fellow, and Christopher Tuttle, executive director of the Council of American Overseas Research Centers, used high-resolution satellite imagery followed by aerial drone photography and ground surveys to locate and document the structure. They report that the monument is roughly as long as an Olympic-size swimming pool and twice as wide. It sits only about half a mile (800 meters) south of the center of the ancient city. To read the rest of the article, click here. … END_OF_DOCUMENT_TOKEN_TO_BE_REPLACED 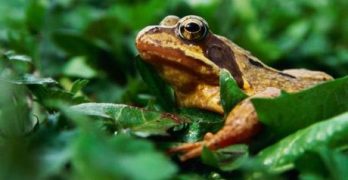 By Richard Gray, The Telegraph Researchers believe they have found evidence of real natural disasters on which the ten plagues of Egypt, which led to Moses freeing the Israelites from slavery in the Book of Exodus in the Bible, were based. But rather than explaining them as the wrathful act of a vengeful God, the scientists claim the plagues can be attributed to a chain of natural phenomena triggered by changes in the climate and environmental disasters that happened hundreds of miles away. They have compiled compelling evidence that offers new explanations for the Biblical plagues, which will be outlined in a new series to be broadcast on the National Geographical Channel on Easter Sunday. To read the rest of the article, click here. … END_OF_DOCUMENT_TOKEN_TO_BE_REPLACED 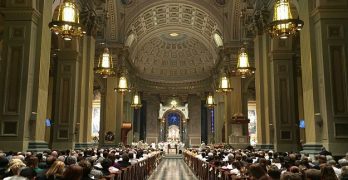 PHILADELPHIA (CNN) — Many Americans say they attend church because it helps them stay grounded and gives them spiritual guidance. A new study suggests that regular attendance may also help increase their lifespan. Researchers looked at data on nearly 75,000 middle-age female nurses in the United States as part of the Nurses’ Health Study. The participants answered questions about whether they attended religious services regularly every four years between 1992 and 2012, and about other aspects of their lives over the years. The researchers found that women who went to church more than once a week had a 33% lower risk of dying during the study period compared with those who said they never went. Less-frequent attendance was also associated with a lower risk of death, as women who attended once a week or less than weekly had 26% and 13% lower risk of death, respectively. Women who regularly attended religious services also had higher rates of social support and optimism, had lower rates of depression and were less likely to smoke. However, the researchers took into account these differences between churchgoers and non-churchgoers when they calculated the decrease in death rates of 13% to 33%. Going to church could have a … END_OF_DOCUMENT_TOKEN_TO_BE_REPLACED 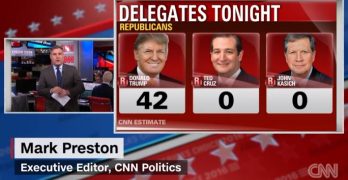 By Tom Strode, Baptist Press WASHINGTON (BP) -- Donald Trump's striking victory in Indiana May 3 apparently settled the race for the Republican presidential nomination, but it did little to resolve the divisiveness among conservatives and evangelical Christians over his controversial candidacy. The brash billionaire triumphed easily in the latest primary over both of his rivals for the GOP nomination, leaving him seemingly with no opponents and an open path to the nomination barring a stunningly dramatic development. Sen. Ted Cruz of Texas announced Tuesday night he was suspending his campaign, and Ohio Gov. John Kasich announced he was dropping out of the race Wednesday afternoon late. Sen. Bernie Sanders of Vermont upset Hillary Clinton in the Democrats' Indiana primary but still faces an overwhelming challenge to win his party's nomination. Trump's candidacy has produced strong resistance from some conservatives and evangelicals -- resistance that apparently will continue in the general election. Using the hashtag #NeverTrump on Twitter, objectors have made no-vote promises based on his inconsistent and even harsh policy positions on such issues as abortion, religious liberty and immigration; autocratic inclinations; … END_OF_DOCUMENT_TOKEN_TO_BE_REPLACED

By Tim Patrick DERIDDER, La. – Many of you know we lost our oldest son in October. David was an IMB (Southern Baptist) missionary. His death gives me an inside view that many of you do not possess. This year, that view carries greater weight than ever. I share this view with you so that (hopefully) you will … END_OF_DOCUMENT_TOKEN_TO_BE_REPLACED