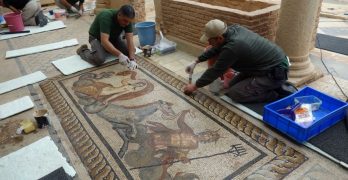 By Philippe Bohstrom The Roman city of Ephesus was always known to be opulent. Now painstaking renovation of mosaics, murals and other marvels in a sprawling apartment complex showcases its splendor in the era when the city on the Turkish coast was visited by the apostle Paul, nearly 2000 years ago. Now, renovated in their original hues, the wall paintings, mosaics and marble paneling once again radiate in a blaze of colors. To read the rest of the article, please click here. … END_OF_DOCUMENT_TOKEN_TO_BE_REPLACED 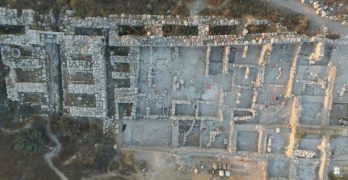 By Philippe Bohstrom A palatial building dating to the era of King Solomon 3000 years ago has been discovered in the royal city of Gezer, though there is no evidence which of the Israelite kings lived there, if any. The monumental building dates to the 10th century BCE, the era associated with King Solomon, who is famed for bringing wealth and stability to the newly-united kingdom of Israel and Judah. The American archaeological team also found a layer featuring Philistine pottery, lending credence to the biblical account of them living in the city until being vanquished by King David. To read the rest of the article, please click here. … END_OF_DOCUMENT_TOKEN_TO_BE_REPLACED

By Waylon Bailey One of the most exciting stories in the life of Jesus occurred in his home town of Capernaum. As Jesus taught in what may have been the house of Simon Peter, four men carried their paralytic friend to the rooftop, tore the roof away, and lowered their friend right in front of Jesus. You … END_OF_DOCUMENT_TOKEN_TO_BE_REPLACED