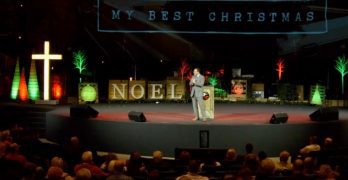 BOSSIER CITY, La. (LBM)--Pastor Brad Jurkovich reassured members of the First Baptist Church in Bossier City, "There's hope today," Dec. 16 during the first Sunday worship service following a devastating fire only days before that impacted about three-quarters of the facilities on the church campus. His message to a packed crowd in the main worship center was consistent with his statements to the media that "God is in control ... we are going to press forward and trust Him," On Dec. 10 a three-alarm fire began at 5:30 a.m., originating with an uninterruptible power supply backup battery for a computer. The flames began in an office space near Faith Chapel -- the original worship center -- and spread quickly to the attic and other buildings including the childcare center and various youth facilities. About 65 firefighters fought the blaze, finally extinguishing it about 3:30 p.m. that same day. The congregation held a meeting in the Bossier Civic Center on Wednesday, Dec. 12, to pray, worship and organize for recovery, but the Sunday service was the first post-fire gathering on campus. There was an extended time for expressing gratitude to first responders and thanking officials for their support, but Jurkovich … END_OF_DOCUMENT_TOKEN_TO_BE_REPLACED 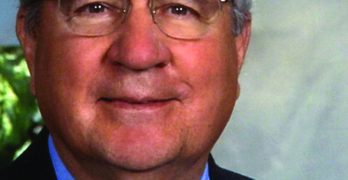 BATON ROUGE -- Robert E. "Bro. Bob" Anderson, longtime pastor of Parkview Baptist Church and the founder of one of Louisiana’s largest private schools, Parkview Baptist, passed away on Dec. 13. The 84-year-old Anderson, who had battled Parkinson's disease for seven years, died at his home surrounded by family. Born April 29, 1934, his mother Edith died of tuberculosis just eleven months later. Bob and his brothers were taken in by his paternal grandmother. A Shreveport native, Anderson committed his life to Jesus Christ at a crusade meeting led by the Rev. Billy Graham in 1951. He graduated from East Texas Baptist University, received his masters of divinity from Southwest Baptist Theological Seminary and a doctorate from the International Bible Institute and Seminary. In 1951, 17-year-old Bob went with his Fair Park High football team to hear a young evangelist named Billy Graham speak in Shreveport. "I went forward and gave my heart to Christ," he said later. "Jesus became very real to me." So real, in fact, he answered the call to become a minister. His team won the state championship the next year. This began a life of winning from winning the heart of his high school sweetheart, Rochelle Reeves, whom he … END_OF_DOCUMENT_TOKEN_TO_BE_REPLACED 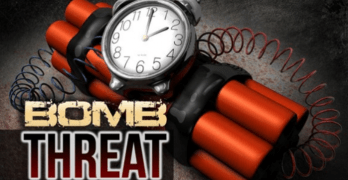 By Staff, Louisiana Baptist Message ALEXANDRIA (LBM) -- The Louisiana Baptist Building received a bomb threat via email a little after noon today according to Louisiana Baptists Director of Communications John Kyle. "The email was time stamped around 12:19 p.m. and I noticed it around 12:40," Kyle said. "I immediately notified our chief information officer and her staff, who in turn notified the Alexandria Police Department." The APD responded along with other local and federal law enforcement officials and found nothing suspicious after thoroughly inspecting the building. "Later, the APD informed us that several institutions in Alexandria and across the country received similar emails," Kyle said. … END_OF_DOCUMENT_TOKEN_TO_BE_REPLACED 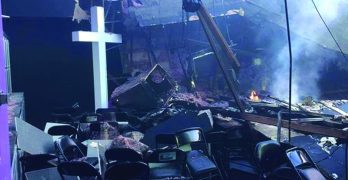 By Staff, Louisiana Baptist Message BOSSIER CITY – Fire investigators have determined Monday’s devastating fire on the campus of First Baptist Church in Bossier City was caused by an uninterruptible power supply battery back-up for a computer. According to a news release from the Bossier City fire department, based on fire patterns at the scene, the Dec. 10 fire began in an office space near Faith Chapel - the original worship center - before rapidly spreading to the attic and other buildings on the property. The determination was made following an extensive examination of the scene by investigators with the Bossier City Fire Department, the Louisiana Office of State Fire Marshal and the U.S. Bureau of Alcohol, Tobacco, Firearms and Explosives. Members and staff of First Bossier gathered Wednesday, Dec. 12, inside the Bossier Civic Center to pray, worship and prepare for recovery. They were joined by a number of community leaders, including Bossier City Mayor Lo Walker and Bossier City Fire Chief Brad Zagone. “What a powerful evening last night for our church as we gathered at the Bossier City Civic Center,” said Pastor Brad Jurkovich in a Dec. 13 statement to his congregation that was also shared with the Baptist … END_OF_DOCUMENT_TOKEN_TO_BE_REPLACED By Message Staff BOSSIER CITY - Pastor Brad Jurkovich voiced thanks for the prayers and concern expressed by many individuals and churches across the state and nation following a fire that destroyed the original  sanctuary, but spared other parts of the facilities at First Bossier, December 10. The fire was reported around 5:30 a.m. and 30 fire department units responded in minutes from Bossier City and Shreveport, working tirelessly throughout the morning to contain the blaze, which resulted in no deaths. Jurkovich said the worship center and Tinytown preschool area are among the buildings on campus that will be operational moving forward. “Thank you Louisiana Baptists for praying for us and supporting us,” Jurkovich said. “So many of you from all across the state have been very supportive already. “Obviously it’s a tough deal when you see a part of your campus being ravaged by fire,” he continued. “But it means a lot that you’re praying for us. We know God’s going to help us move forward and we appreciate your prayers. Thank you for offering so much help. It means a lot to us.” https://www.youtube.com/watch?v=sDHpiCCrE8s U.S. Rep. Mike Johnson, who was married in the facility that was heavily damaged in … END_OF_DOCUMENT_TOKEN_TO_BE_REPLACED 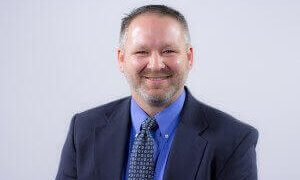 By Lane Corley One of the most significant and unsung verses in the Christmas Story and maybe in the New Testament is Luke 1:11. An angel of the Lord appeared to him, standing to the right of the altar of incense. Luke 1:11 Christian Standard Bible This is the moment that God broke through after 400 years of silence, after allowing the rampaging and devastation and defeat of His chosen people, and after allowing Judaism to become a ritualistic shell of itself. God broke through. God spoke. God set in course the events that would bring salvation to all the world in the person and work of Jesus Christ. The before and after of this verse goes like this: An aging Priest named Zechariah got the opportunity of a lifetime to offer incense in the Temple’s sanctuary. He and his wife Elizabeth, who was never able to have children, and now was well along in years, made arrangements to fulfill this obligation. As he offered incense, God reached down and spoke. Unexpected events, unexpected people involved, unexpected announcement that Elizabeth would have a baby. That baby would become the way-preparer for the Messiah, John the Baptist. This is the moment where God initiated the keeping of His Promises and Securing the Hope … END_OF_DOCUMENT_TOKEN_TO_BE_REPLACED 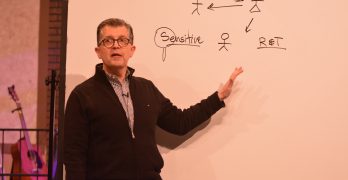 By Brian Blackwell, Message Staff Writer PINEVILLE – Ricky Chelette, a Louisiana College alum who turned from a lifestyle of homosexuality to one anchored in Christ, urged students attending a recent Baptist Collegiate Ministry meeting not to believe the cultural lie that people are born homosexual. “Some of you are struggling with this very issue,” Chelette said during the gathering, November 15. “The thing we have to do as people of the Gospel is to be able to say there is hope, there is hope to walk out of this.” Chelette founded Living Hope Ministries more than 25 years ago to help others who like him found freedom from the homosexual lifestyle through Jesus. He has discovered males are born with either a sensitive or rough and tumble personality, with the majority of boys experiencing traits of the latter. He said both personality types need affirmation that they have what it takes to be a man, attention from their fathers and affection to succeed. However, most dads do not know how to properly connect with their sensitive sons at early age. This causes a disconnect with the father and a stronger connection with the mother. Even so, the sensitive male craves affirmation, attention and affection from other … END_OF_DOCUMENT_TOKEN_TO_BE_REPLACED

By Waylon Bailey We all know the need for patience. When I think of the fruit of the Spirit, I am drawn to the quality of patience. I am drawn there because I often feel so inadequate with patience. You may feel the same. Frustration and aggravation sometimes seem to take over. But, it may not be patience that … END_OF_DOCUMENT_TOKEN_TO_BE_REPLACED