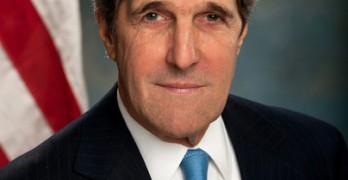 By Alliance Defending Freedom staff WASHINGTON – Secretary of State John Kerry said Thursday that the United States recognizes the atrocities perpetrated by ISIS/Daesh against Yazidis, Christians, and Shia Muslims as genocide. ADF International, which authored an extensive analysis of the issue as part of a report the Knights of Columbus provided to Kerry, says it welcomes this statement as an important first step in stopping the atrocities against Christians and other religious minorities in Syria and Iraq and bringing the perpetrators to justice. “Secretary of State Kerry has recognized an appropriate name for the actions of ISIS against Christians and other religious minorities: genocide. This recognition is an important first step in the necessary process by the United States, the UN, and the international community to stop the killing in the Middle East,” said Douglas Napier, senior counsel and executive director of ADF International, which has been greatly involved in providing evidence and legal analysis to the State Department and U.S. Congress as well as international bodies, including the European Parliament, Council of Europe, and United Nations. “As a permanent member of the UN Security Council, the United … END_OF_DOCUMENT_TOKEN_TO_BE_REPLACED

By Alliance Defending Freedom staff DETROIT – A federal court agreed Thursday to allow several pro-life doctor groups to intervene in defense of a Catholic hospital system which the American Civil Liberties Union sued last year. In December, Alliance Defending Freedom attorneys representing the Catholic Medical Association, the Christian Medical and Dental Associations, and the American Association of Pro-Life Obstetricians and Gynecologists asked the court to allow the groups to intervene. On March 23, the court will hear arguments on whether to dismiss the ACLU’s lawsuit, which seeks to force Trinity Health and its staff to commit abortions regardless of their religious and pro-life objections. Trinity Health operates 86 facilities in 21 states. “No American should be forced to commit an abortion,” said ADF Senior Counsel Kevin Theriot. “No law requires faith-based hospitals and medical personnel to commit abortions against their faith and conscience, and, in fact, federal law directly prohibits the government from engaging in any such coercion. In addition, the government can’t tie any funding to a requirement that hospitals and health care workers give up their constitutionally protected freedoms. We look forward to … END_OF_DOCUMENT_TOKEN_TO_BE_REPLACED 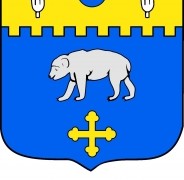 By Alliance Defending Freedom staff KANSAS CITY, Mo. – A Missouri court Tuesday rejected the primary claim of a former Catholic diocese ministry worker who sued the diocese for terminating her employment once leadership learned of her same-sex union. The court ruled that the First Amendment’s guarantee of the free exercise of religion means the Catholic Diocese of Kansas City–St. Joseph is free to make its employment decisions without court interference. Alliance Defending Freedom attorneys representing the diocese filed a motion for summary judgment last year asking for this result. “A church isn’t obligated to employ those who act contrary to the church’s teachings. The U.S. Supreme Court affirmed this as recently as four years ago,” said ADF Senior Counsel Erik Stanley. “The district court was on very firm constitutional ground to reject this attempt to drag the government into a church’s theological decisions – the very line the First Amendment says the government cannot cross.” “If churches are forced to employ people who do not follow the religious teachings of those churches, the church will no longer be able to minister consistently or freely in accordance with its faith,” added ADF Legal Counsel Jeremiah … END_OF_DOCUMENT_TOKEN_TO_BE_REPLACED

By Gerald Harris, Georgia Christian Index PETERSBURG, Ky. — One year ago Answers in Genesis filed a lawsuit against the government of Kentucky for alleged discrimination in refusing to extend a sales tax rebate incentive program to the Ark Encounter theme park the apologetics ministry is building in northern Kentucky near Cincinnati. Baptist Press reported, “The state’s decision to deny the tax incentive based on AIG’s status as a religious organization is against the law and violates legal precedent, the lawsuit asserts.” AIG president Ken Ham said, “The state was so insistent on treating our religious entity as a second-class citizen that we were simply left with no alternative but to proceed to court. This is the latest example of increasing government hostility towards religion in America, and it’s certainly among the most blatant. Our organization spent many months attempting to reason with state officials so that this lawsuit would not be necessary.” On Jan. 25 AIG reported, “In a victory for religious freedom in America, a federal court today issued a preliminary injunction against the Commonwealth of Kentucky for unlawfully blocking efforts by the Ark Encounter theme park developer, Answers in Genesis (“AiG”), … END_OF_DOCUMENT_TOKEN_TO_BE_REPLACED

By Alliance Defending Freedom staff LEXINGTON, Ky. – Alliance Defending Freedom attorneys representing a Lexington printer have filed their brief with the Kentucky Court of Appeals after the Lexington-Fayette Urban County Human Rights Commission appealed the printer’s expressive freedom victory at the trial court level. In addition, a number of groups with varying views on social issues have come together to file briefs defending not only this printer’s freedom, but also the freedom of other artistic and expressive professionals. The commission ruled in 2014 that Blaine Adamson of Hands On Originals must print messages that conflict with his faith on shirts that customers order from him. ADF attorneys appealed the ruling to the Fayette Circuit Court, which reversed the commission’s decision. The commission then appealed that decision to the Court of Appeals. “Protecting Blaine’s freedom affirms everyone’s freedom, no matter the nature of their beliefs or convictions,” said ADF Senior Counsel Jim Campbell. “The government shouldn’t be able to force citizens to create speech that conflicts with their deepest convictions, and the trial court’s decision rightly affirmed that.” The trial court concluded that Adamson did not … END_OF_DOCUMENT_TOKEN_TO_BE_REPLACED

NEW YORK (Reuters) - A professor at an evangelical university near Chicago who got in trouble after saying Muslims and Christians worship the same God will leave the school, according to a joint statement released by Wheaton College on Saturday night. Larycia Hawkins, a tenured political science professor, had been scheduled for a disciplinary hearing in five days to determine whether she would be allowed to remain at Wheaton. A joint statement said Hawkins and the college had "found a mutual place of resolution and reconciliation" and that the two sides "will part ways" after reaching a confidential agreement. To read the rest of the story, click here. … END_OF_DOCUMENT_TOKEN_TO_BE_REPLACED

By Alliance Defending Freedom staff DENVER – The Colorado School of Mines has removed all donor nameplates from its football locker room rather than allow a former football player to include a Bible reference on his nameplate. Alliance Defending Freedom attorneys had filed a lawsuit, Lucas v. Johnson, against the school on behalf of the player, Michael Lucas, but withdrew it Friday from the U.S. District Court for the District of Colorado due to the school’s decision to end the fundraising program associated with the nameplates. The school had allowed donors to the school’s new athletic facility to include an inscription of the donor’s choosing on personalized nameplates that were placed in the new football locker room and had not provided any restrictions on content. When alumnus Michael Lucas, a former defensive nose tackle for CSM, requested “Colossians 3:23 and Micah 5:9,” the school rejected the inscription because one of the verses refers to “Lord” even though the text of the verses would not appear on the nameplate itself. “Public colleges are supposed to be a marketplace of ideas, but the School of Mines has indicated it prefers anti-religious hostility,” said ADF Senior Counsel Tyson Langhofer. “It’s ridiculous … END_OF_DOCUMENT_TOKEN_TO_BE_REPLACED

By Alliance Defending Freedom staff SAN DIEGO – Alliance Defending Freedom attorneys filed a lawsuit in state court Thursday against the California Department of Managed Health Care for forcing churches to pay for elective abortions in their health insurance plans. ADF attorneys represent a San Diego–area church in the state suit, which is similar to a lawsuit ADF filed in federal court in October of last year on behalf of three other California churches. “Churches should not be forced to pay for the killing of innocent human life,” said ADF Senior Counsel Erik Stanley. “The government has no right to demand that church health insurance plans include coverage for elective abortions – something that violates the most sincerely held religious beliefs of this church and nearly all churches throughout the state. California is violating its own laws and constitution, as well as the U.S. Constitution, by strong-arming churches into having this coverage in their plans.” ADF filed the lawsuit, Skyline Wesleyan Church v. California Department of Managed Health Care, in the California Superior Court for the County of San Diego on behalf of Skyline Wesleyan Church in La Mesa. It cites violations of the church’s rights and freedoms … END_OF_DOCUMENT_TOKEN_TO_BE_REPLACED 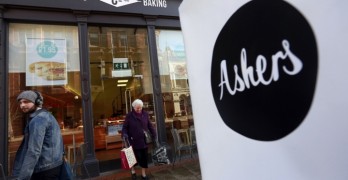 By Gregory Tomlin, Christian Examiner BELFAST (Christian Examiner) – A gay rights activist at the center of a fight against a family of Christian bakers in Northern Ireland that refused to bake a gay-themed cake has publicly reversed his position now that the family has been found guilty of discrimination. Same-sex marriage remains illegal in Northern Ireland, but the country's discrimination laws still left Ashers Baking Company in a lurch when it declined to bake the cake for gay rights activist Gareth Lee nearly two years ago, the BBC reported. To read the rest of the article, click here. … END_OF_DOCUMENT_TOKEN_TO_BE_REPLACED 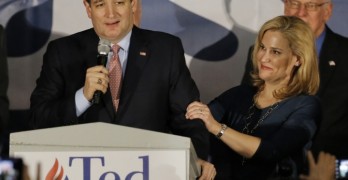 By Michael Foust, Christian Examiner DES MOINES, Iowa (Christian Examiner) – Evangelicals helped carry Ted Cruz to a surprising victory in the Iowa Republican caucuses Monday night, although they were far from unified in their preferred candidate. With frontrunner Donald Trump leading in every pre-election poll, Cruz carried 34 percent of the vote of Republicans who identify as evangelical or born-again Christians, a group that comprised 64 percent of Republican voters according to entrance polls. Trump won 22 percent and Marco Rubio 21 percent among evangelicals, with Ben Carson (12 percent) being the only other GOP candidate to reach double digits. Among all caucus attendees, Cruz won 28 percent, Trump, 24 percent and Rubio 23 percent. Trump led Cruz by an average of 4.7 percent in the RealClearPolitics.com average of Iowa polls, although two weekend surveys showed Cruz cutting Trump's lead to one point, with Rubio surging. To read the rest of the story, click here. … END_OF_DOCUMENT_TOKEN_TO_BE_REPLACED

By Waylon Bailey One of the most exciting stories in the life of Jesus occurred in his home town of Capernaum. As Jesus taught in what may have been the house of Simon Peter, four men carried their paralytic friend to the rooftop, tore the roof away, and lowered their friend right in front of Jesus. You … END_OF_DOCUMENT_TOKEN_TO_BE_REPLACED